How to spend a day in King’s Cross, north London’s most exciting neighbourhood 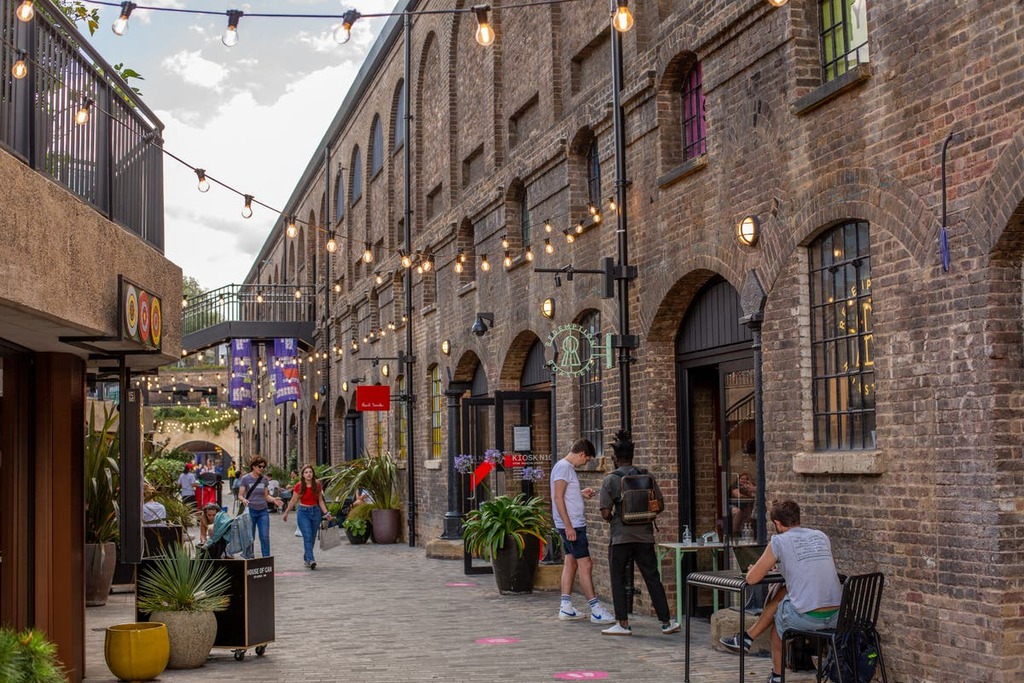 Our new microguides series is inspired by the slow travel movement, encouraging travellers to relax their pace and take a deep dive into one particular neighbourhood in a well-loved city. Rather than a whirlwind itinerary which aims to hit up every must-see attraction, these compact, close-up guides encourage you to zone in, take your time and truly explore like a local.

Everyone will tell you that King’s Cross has changed beyond all recognition in the past few decades. I’ve had plenty of cab drivers smile fondly while reminiscing about how “it used to be full of prostitutes, y’know?”, as if harkening back to a happier time.

This area, running from the Euston Road up York Way as far as the rail tracks and looping back down via Camley Street and Midland Road, used to be a bit of an urban wasteland. These days, it’s well and truly shaken off its former seedy rep; a huge amount of investment has been pumped into the area, resulting in one of central London’s best dining, bar and shopping scenes, all within striking distance of one of the capital’s best connected stations (you can even hop on the Eurostar if you tire of N1 and, more broadly speaking, the UK).

I’ve counted myself as a local for much of the past decade, and even in that time I’ve seen it continuously evolve, with new events and businesses springing up all the time. Here’s how to spend a day or so exploring one of London’s most up-and-coming areas.

Hang out in Granary Square

Granary Square is the beating heart of this new development, and one of my favourite places in London. Why? Because amid all the places ready to take your money – bougie bars, small plates restaurants, a Waitrose that is so posh it has a regular jazz night – there is a space that is completely free to chill out in. As well as benches and multiple tables and chairs which locals come and sit at year-round, bringing their own bottles of wine, there are three central grids of fountains. In the summer, it’s a delight to watch children running through them and having the time of their lives; in the winter, they’re often lit by multicoloured lights and look rather beautiful. There are also the giant Granary Square steps leading down to the canal, the ultimate place to meet friends and people watch (or catch a free film from in summer when a temporary cinema screen is erected).

Check out the artwork

One of the things that injected a shot of cool into King’s Cross was the decision to move the campus of the world renowned Central Saint Martins art and fashion school here, flooding the area with a host of avant-garde, creative types. Bridging the gap between students and visitors, the school’s attached Lethaby Gallery showcases selected works from graduating BA and MA students alongside work by staff, alumni and external associations. Admission is free.

Get your flex on

Fitness studio Frame is the kind of establishment that makes you feel like the Instagram version of yourself you aspire to be – constantly clad in Lululemon athleisure-wear and sipping a green juice – the moment you step in the door. It is this feeling that compels me to, every so often, shell out for one of their trendy exercise classes at £16 a pop. There’s a huge range to choose from, including yoga, pilates and barre, but I’d recommend hitting up one of their “Party Workouts” for some actual fun – options include Old Skool Bangers, Music Video, and 90s Dance Cardio.

The Regent’s Canal towpath is right there, just begging to be strolled. Head westwards along it and within 20 minutes you’ll come to Camden Lock and its famed street food stalls. Carry on further and turn right off the canal on Gloucester Avenue and you can take a walk up nearby Primrose Hill and admire the fabulous views. (OK, you’re not in King’s Cross any more, but it’s worth it.)

It’s temporarily closed while undergoing drastic refurbishment to its visitor centre, but Camley Street Natural Park, a pocket-sized nature reserve tucked away in the heart of King’s Cross, is a delight. It’s managed by the Wildlife Trust and features woodland, grassland and wetland habitats that provide a habitat for birds, butterflies, amphibians and plant life. It’s slated to reopen on 13 October; admission free.

Tucked away from the hustle off Camley Street, you’ll find St Pancras Gardens. As well as the beautiful St Pancras Old Church, it boasts a graveyard with some rather striking elements. See if you can spot the final resting place of Bank of England architect Sir John Soane, a monument in honour of women’s rights champion Mary Wollstonecraft (who was laid to rest here but whose remains were later removed), and the rather eerie Hardy Tree – a strange stacking of gravestones around a tree that is believed to have been created by author Thomas Hardy.

This beloved chain of upscale Indian restaurants has a branch in King’s Cross, and there is no finer place for a brunch or dinner with a traditional “Bombay café” twist. It’s incredibly popular in the evenings, but head there around 10am and there’s usually no problem getting a table for an egg naan and cup of refillable house chai.

Pick from small plates, bowls, burgers or, erm, plates, at this stylish, Australian-owned eatery. I’m a big fan of the shrimp burger and black lentil dahl.

Pick up a mezze feast at Arabica which, unlike many of the local establishments, does actually allow you to book in advance (always a welcome feature). Select the Chef’s Tasting Menu and you get to try a bit of everything, along with a glass of fizz, for £37pp.

I have to give a shout-out to Happy Face, which has saved more than one impromptu evening out in King’s Cross. They always have a table, the wood-fired pizzas are delicious, and the prices are spot on (£7.50 for a margherita).

A bar just for vermouth, you say? But of course! I thought I detested the fortified wine popularised by Martini before I came to this Coal Drops Yard watering hole, but they changed my mind with their extensive 40-strong menu.

If it’s vino you’re after, head to this bright, airy spot on King’s Boulevard, which boasts an award-winning wine list.

Call me basic, but I still find ordering a glass of fizz from the Searcys Champagne bar on the top floor of St Pancras impossibly chic. Extra points if you get one before sashaying onto the Eurostar to Paris.

The Star of Kings

Want an actual pub? They’re harder to find than swish cocktail bars round these ends, but the Star of Kings (formerly the Cross Kings) has stayed the course.

This Australian-owned brewery makes its own craft beers onsite in its London home on the edge of Lewis Cubitt Park, served up alongside “local brews inspired by the UK beer scene”.

Get your coffee with a side of social justice at this Coal Drops Yard café – it’s the “world’s first prison-based coffee company”, helping offenders reintegrate into society by training them in professional roastery and barista skills.

Every Saturday and Sunday, an entire market springs up in the space next to Waitrose, with independent stalls selling everything from vintage brooches and bespoke ceramics to mushroom and truffle risotto and freshly made churros.

Word on the Water

This barge-turned-bookshop is a local favourite, parked up on the canal between York Way and the Granary Square Footbridge.

The latest piece of the King’s Cross puzzle, made up of shops and places to eat and drink, is fun for a browse, though many of the stores are prohibitively expensive. Highlights include high-end charity shop Boutique by Shelter; homeware, beauty and fashion emporium Wolf and Badger; and dried flower purveyors Roseur. If you’re looking to try but not buy, head to Samsung’s sprawling flagship “experience space”, where you can test out all their nifty gadgets (and, if you’re me, keep your nieces entertained for at least half an hour; perhaps Samsung should open its own line of creches?).

This pedestrian street between Goods Way and King’s Cross station has a whole host of top-tier shops, including & Other Stories, Sweaty Betty, Nike Central and Carhartt.

This events venue has a broad, eclectic programme of gigs, talks, spoken word performances, comedy and even live podcast recordings, with reasonably priced tickets that can often be bagged for a tenner.

A café, bar and studio, Spiritland is a homage to all things music, with a “world-class Living Voice sound system”. It often hosts events, including DJ sets, talks and album launches.

You can even catch a movie – King’s Cross has its very own Everyman Cinema, complete with table service and plush seats (though it does come with prices to match).

For a pushing-the-boat-out bed for the night, book into the impressive, Gothic-style Renaissance hotel in St Pancras station. It’s a five-star with high ceilings and first-class furnishings – it’s worth it just to snap a selfie on the iconic swooping, grand stairway (made forever-famous by the Spice Girls in the “Wannabe” music video).

A more wallet-friendly option is the Premier Inn on York Way, where a trustily comfortable bed and reassuringly familiar surroundings practically guarantee a good night’s sleep.