How This Women-Led Collagen Bites Startup Bootstraps During The Pandemic And Convinces Nuun Hydration, Enjoy Life Foods Execs To Believe In its Mission 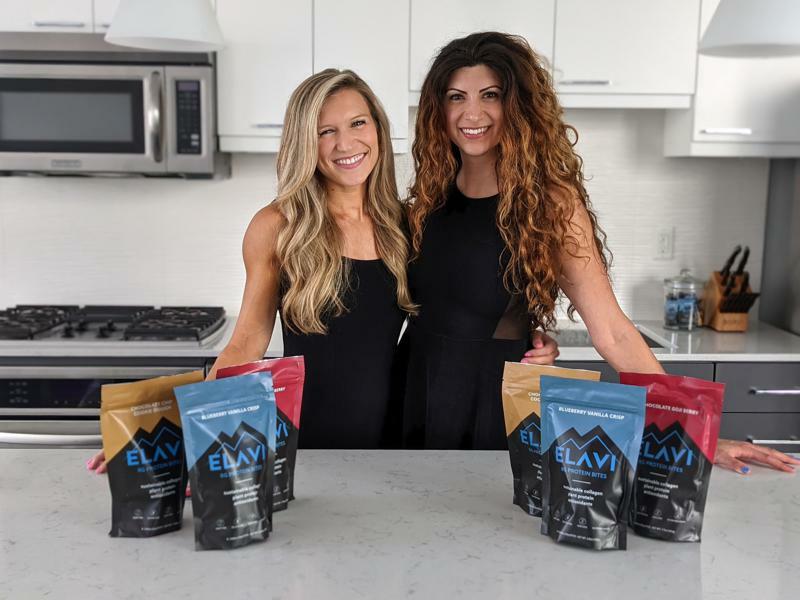 Functional bites startup, ELAVI, made with sustainably sourced collagen and plant-based protein, and entirely boostrapped by an all-women and POC team during the pandemic has just closed a $500,000 pre-seed round led by Trousdale Ventures, onboarding several renowned CPG industry leaders as its strategic advisors.

What seems to be an insignificant raise for many food and beverage entrepreneurs was a daunting task for Michelle Razavi, who had very limited access to capital at the beginning, while preparing to launch the company right before COVID hit with Nikki Elliott — a fellow fitness instructor and friend she met at Equinox.

Bonding over their shared passion for nutritional snacks and on-the-go lifestyle, the pair set out to build ELAVI, which combines their last names and aspires to elevate people’s lives through better-for-you ingredients, from the ground up with their personal savings.

They initially invested a few thousand dollars in formulating the product with a co-manufacturer using dates and honey as sweeteners, and sold out thousands of bars within 10 weeks through a soft launch in 2020, according to Razavi.

“A year and a half later, we have three flavors out in the market — chocolate chip cookie, chocolate goji berry, and blueberry vanilla crisp — sold in Erewhon, Amazon and on our own website,” she said. “Collectively, we have sold just under $200,000 in revenue to-date,” noting how ELAVI’s average order has increased from 5,000 bars to 60,000 during the period.

“We knew something was there,” Razavi said, while recalling how ELAVI’s early success was attributed to a perfect combination between Elliott’s financial skills gained from her previous job at PwC, and her consumer and retail technology savviness through working at Sephora.

The unavoidable challenge for Razavi and Elliott to scale their business was convincing investors ELAVI can be the next breakout brand in an already saturated nutrition bars category continuing to be filled with innovations. The duo decided to try their luck on Clubhouse, an increasingly popular audio platform for early-stage CPG founders to support each other and seek for mentorship from experts.

“The pitching process was definitely iterative,” Razavi said. “I learned to be very organized early on, and to test constantly and listen to feedback from fellow entrepreneurs and investors — that approach was both quantitative and qualitative. I would also take notes whenever I heard someone talk on a panel, and then use what I learned to reach out via LinkedIn or email.”

The strategy has proven effective as ELAVI successfully garnered an enthusiastic group of industry big names who are willing to support its business, including the CEO of Nuun Hydration Kevin Rutherford who later became the company’s advisor, and Enjoy Life Foods’ founder Bert Cohen who joined both as an advisor and angel investor — these contacts, Razavi stressed, are usually hard to come by through regular networking or email pitches.

“The biggest lesson I’ve learned on Clubhouse is to be succinct,” said Razavi. “I did a lot of practice by timing myself in 30 seconds or one minute. I'd be sweating afterwards, but [participants] couldn't see that fortunately.”

Off its success on Clubhouse, ELAVI has expanded into food service channel, securing a deal with Equinox’s LA cafe partner, Earthbar, and the team plans to further use the newly raised capital to fuel product expansion, distribution growth, and digital innovation. “Our goal is to ultimately become a household name,” Razavi said.