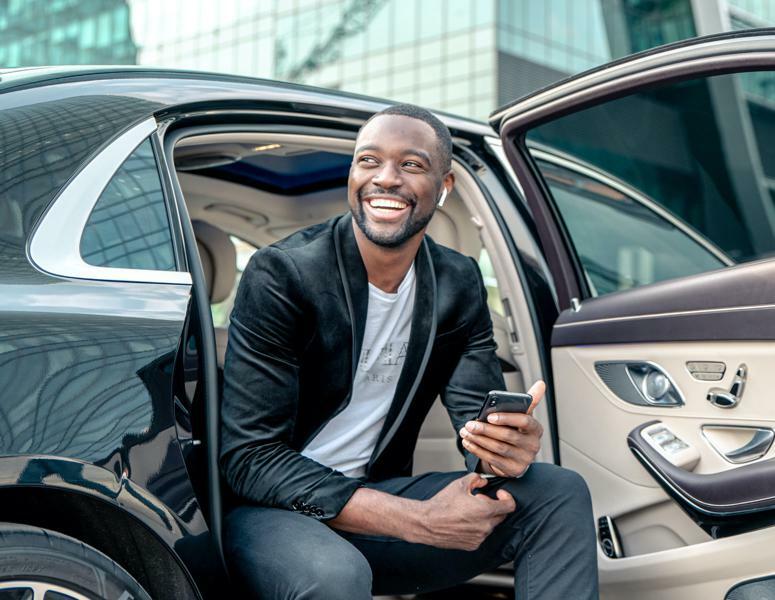 Financial management can be a challenge, especially for the young and famous.

Thaddaeus Koroma had a once-promising future in basketball until a serious injury changed the course of his life. Today, he is the President of a Business Accelerator and Private Investment Empire. Koroma took all of his years of training, the study of game theory, and love for competition and applied these elements to entrepreneurship.

Koroma started his company Limit Breakers with his partner and cousin, Patrick Sesay.

They leverage the assets of world-class athletes, music artists, fighters, actors, and influencers to create unique and lucrative ventures.

With a combined effort from his team, he brings opportunities and investors to the clients, generating revenue streams aligned with their public profiles. Koroma uses digital marketing to create a media frenzy that drives the market demand to build solid brands and alliances.

After playing basketball for only three years in Germany, 17-year-old Koroma packed his bags and moved alone to the US to advance his skills in the sport. He recalls knocking on strangers' doors for a place to sleep for several weeks before a family welcomed him in. Koroma searched through the best schools in Maryland, picked one, and decided to crash its team's practice to showcase his talents. He met coach Kenneth Johnson and his wife at Doreen, who took Koroma into their home.

Actualizing his vision was not going to come easy. Koroma was ineligible to play high school basketball his first year, so his coach set up a workout with fellow coach Keith Stevens and the legendary AAU program Team Takeover. Later on, it earned him a starting role at the newly founded Patterson Prep School. His team would defeat high school powerhouse Oak Hill, anchored by future NBA standout Brandon Jennings and Tyreke Evans’ American Christian Academy, to become the number one prep school in the nation. His journey in the court went on until an injury shifted his path.

Those years, he recalls, built determination and the DNA to make whatever he put his mind to work. Had it not been for his career-ending injury, Koroma believes he would have had a fruitful career in basketball. However, the skills he learned in his basketball pursuits are now assets he can leverage in his business pursuits.

He states, “when I look at my client’s world resources and abilities, I try to look at it as a mathematician. It's an equation to be solved. I am forever consuming information from the media, thought leaders, and the world around us. We are what we know, who we surround ourselves with, and I have been fortunate to have great teachers.”

Koroma finds importance in doing the research, understanding the variables, and deconstructing the components to unlock what is possible. “We are building super-star companies with our super-star clients. This is not about making our clients wealthy; this is about making them wealthy for generations to come,” Koroma and Patrick said unapologetically.

The Team You Need to Win

The Koroma Family values are integrity, unity, and teamwork, which have spread to his clients and partners. Koroma is a firm believer in having a rock-solid team. Limit Breakers sits on the shoulders of those he can depend on most, his family. Patrick and Koroma brought their niece and nephews into the fold a few years ago, and their success has increased exponentially.

”As the saying goes, Together Everyone Achieves More.” Koroma shared.

He wants to change our collective mindset and look at what is possible in knowing that you are connected to everyone and everything in this world. When someone rises, we all rise. Koroma co-created the nonprofit Garden of Eden to express gratitude for all he has been given. Garden of Eden supports children in Uganda, Sierra Leone, Liberia, Asia and beyond, who have lost their parents.

“I want to go back and change the narrative that I grew up with. Eden is about coming together as a community and showing that scarcity does not have to exist unless we believe it does,” he says.

This dynamic individual used his past to overcome hardship and find a path for himself. He now manages wealth for some of the world’s wealthiest people using authenticity, creativity, and proven experience. Koroma is not building empires as much as he is building alliances and creating a more connected global community. He is drawing attention to opportunities through innovation and an unrelenting positive attitude.