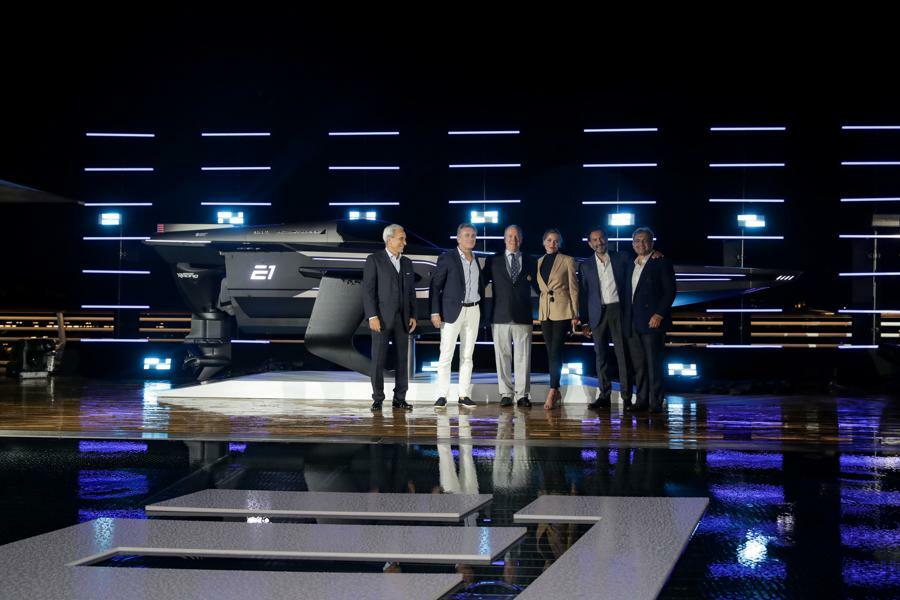 The brainchild of Alejandro Agag – founder of Formula E and Extreme E – and former NASA and Formula One engineer Rodi Basso, the E1 Series is the wildest boating championship to be unveiled for decades. The world’s first electric powerboat series will see up to 12 teams compete in a series of races across the globe, each sailing a brand-new electric powerboat called the RaceBird – a collaboration between SeaBird Technologies and Victory Marine. The boat was unveiled in September at a glamorous event at Monaco Yacht Club, attended by glitterati including HSH Prince Albert II of Monaco. With the Prince’s seal of approval, the championship proves it’s no joke.

If the series seems far-fetched, remember that seemingly crazier things have happened. When Agag launched electric single-seater motorsport championship Formula E in 2014 to rival Formula One with a more environmentally-friendly alternative, many critics presumed it would fail, but by its sixth season in 2019, it was turning a tidy profit. Agag unveiled electric off-road racing series Extreme E in 2018 to similar criticism but he remains undeterred, despite the postponement of both events during the Covid-19 pandemic. In fact, he continued to innovate during the crisis. Rather than sit back and wait for global events to restart, the entrepreneur was hard at work realising a new dream – electric powerboating.

Co-Founder and Chairman Agag gives Forbes an insight into what we can expect when the E1 Series launches in 2023 and how the championship could help to revolutionize the marine industry.

What was the marine industry’s reaction to the concept of the E1 Series?

I think that the response has been better than the response that Formula E had from the motorsport world. With Formula E, everybody said, “no way, this is never going to work, we don’t need this.” I think times have changed – 10 years ago when we announced Formula E, people didn’t really care if we were going electric or not. Today, everybody realizes we are going electric. So we've come in at a moment when people in the marine and powerboating industries are thinking, “wow, maybe we needed something new”. So, the response has been great.

Why is now, as we come out of the pandemic, the right time to launch the series?

It's probably not a very good time to launch the series, but it's getting better. The worst time was one year ago when I launched Extreme E – it was nightmare because of Covid. We're getting out of Covid now, but now is also the right moment because people realize that we need to go to decarbonize everything. Marine mobility is one of the areas that we have to decarbonize, so we're coming into a huge industry. If you look at the yacht industry and if you look at commercial shipping, we are seeing the prices of container transportation skyrocket. You could send a container from Asia to Europe for $2,000 one year ago and today it’s $15,000. So, this is a huge industry that needs to be transformed and you need to start somewhere. Motorsport is always a good starting point. I think it is the right moment to create an electric water championship because it could be the accelerator of change towards decarbonizing the marine industry.

Why did you decide to launch a new, third series when your first two (Formula E and Extreme E) are still in their infancy?

They're different ventures with different management teams and with different investors behind them. If you launch three, maybe the three will fly, maybe two will, maybe one, but you have to try. As long as there are people ready to try, let's keep going. It was pretty straightforward to raise the capital for all three ventures. There is a lot of appetite among investors to invest in this space.

I think, with this series in particular, it’s because the industry's so big, but there is nothing like this in the space. So, we come in really as a very unique add-on to a huge industry. If we catch the industry on the right angle, this can become huge, because the industry will have a showcase for their efforts. Imagine the big yacht companies and shipbuilders getting teams to showcase their efforts, and then they come here and explain what they're doing with their ships and decarbonization. I think that's why the appetite is big. But the appetite is big in general in this space. I'm chairman of the advisory board of an impact investment fund and we look for investments in the sustainability space – there's a lot of money looking for this kind of investment.

Have you had any interest from shipyards yet?

For the moment, there’s a lot of curiosity and interest. I would love to have a Benetti team or a Lürssen team or a Riva team – that would be great. But we’re still having preliminary conversations.

What were the similarities and differences between developing an electric motorsport and an electric boating championship?

It’s very different. I’m very new to powerboating. I am not an expert in powerboating, of course, what I'm more an expert on is electrification, on batteries and power trains and how to apply that to sport. So in a way, it's similar to what we did with Formula E – we took a Formula One car, we took out the combustion engine and we put in an electric motor and a battery. It’s the same thing here. These boats could work with a normal engine, but that's not the point.

What was the reaction to the design of the RaceBird powerboat?

It was very important for us to show how these electric powerboats are going to look. I think the reaction was fantastic. The response has been great and people love the design. The design also achieves what we want – to make E1 futuristic, aggressive dynamic, and at the forefront of technology. We’re really happy with that.

What’s next, after you’ve conquered the seas? The sky?

We’ve been looking into the planes to do an air series, but the planes still fly for very short periods. So I think, for the moment, like you said, we have three projects so we have to now get them all solid. I think planes will be ready to fly longer in about five years, but you need batteries that can last that time – or you need to look into hydrogen or another solution like that, but that's not yet happening.