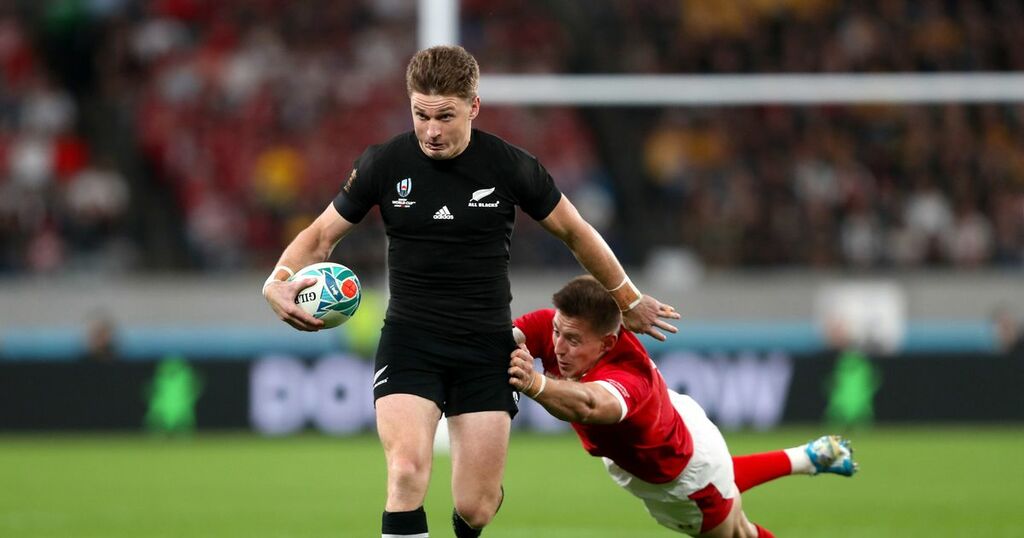 For whatever reason, be it the somewhat lacklustre Lions tour or 18 months of the sport being hindered by Covid-19, plenty feel that the game of rugby is in need of changing.

Step forward World 12s, a new format to the game that is promising to drag the sport forward and find a new lucrative income stream.

"The players will be split into eight franchised teams and will compete annually around the world in a 12v12 tournament over a three-week period."

So there you go.

But how will it actually work? And is it really feasible?

What is the difference between 12s and 15s?

According to a Q&A published by the new company, World 12s will follow the current Laws of 15s, but with "a few exciting adaptations":

READ MORE: World's best rugby players to be auctioned off as shock new 12-aside tournament announced

Quite why 12 players per side was settled on, when there are already existing formats in use such as 7s, 10s and even the Rugby X format (five-a-side), is as yet unclear.

Diluting the market in a sport that is already pretty divided when it comes to revenue streams seems a strange move.

In terms of positions, the team will consist of six backs and six forwards. There will be up to 24 players in each squad, with each franchise required to select at least two players from Tier Two nations as well as one international U20s player to boost development.

It's also proposed that a women's tournament will run in tandem with the men's from 2023, with the World Cup in New Zealand ruling out a 2022 start.

How will a typical tournament work and when would it take place?

For the 2022 men’s tournament, it's projected that eight franchised teams will play each other once in a round-robin format. There will be seven round-robin match days, where four matches will be played per day. The knockout stages will be split into semi-finals day, and a finals day to decide how teams are ranked from first to eighth.

The plan is to move the tournament to different global locations each year. It is anticipated that England will be the first host nation in 2022.

Judging by the statement issued by World 12s, discussions with key stakeholders are at an early stage. They are proposing late August/early September to be the suitable window to host this three-week tournament in 2022, adding that "World 12s aims to complement the existing global rugby calendar".

Given the current concerns over player welfare and how often clubs see their star players, shoehorning another tournament into an already crowded calendar isn't the sort of thing that is just going to get through said discussions without much pushback.

World 12s claim that player welfare is crucial to the sport, with each match lasting 30 minutes and restrictions on the amount of game time per player, but choosing a time in the calendar when all of the northern hemisphere's domestic leagues and the Rugby Championship are all on isn't exactly conducive to that.

Finding a genuine place in the calendar for what, despite some seemingly impressive backing, appears to be little more than another gimmick at this moment is likely going to be the first of many logistical hurdles.

Who are the teams and what players would be involved?

According to World 12s, the eight franchised teams will be decided by auction which will take place later this year - meaning it's up to the highest bidder to determine what these sides look like.

The statement adds that the eight franchised teams will be determined by geographical location with a keen focus to develop homegrown players as well as improve participation from emerging nations.

The world’s best players will be sold at an auction and bought by the franchised teams. Each team will have a playing squad of 24 players.

"The player auction will follow a similar format to the draft seen in cricket’s IPL or The Hundred. The eight franchised teams will be able to buy players to make up their team. The auction is projected to take place in early 2022.

Again, it's somewhat lacking in details.

Whatever the solution, it's hard to confidently say eight franchises determined by geographical location will grow the game, given the complete lack of attachment fans will have to these new sides.

Plus, while it's published in the statement that some of the best 192 players will be involved, that's not a given.

Were they to get top players involved, there would be some interest in seeing the stars of both hemispheres banding together in unlikely match-ups.

But at the detriment of club rugby fans who, particularly in Wales, are often starved of seeing their best players turning out regularly for their clubs such is the dominance of Test rugby? Well, that would be another kick in the teeth to loyal supporters when rugby doesn't really want to risk neglecting them anymore.

And, crucially, this format has had no backing from any relevant bodies yet. In fact, far from it.

Premiership Rugby only found out about the plans yesterday.

A spokesperson for PRL said: "We were made aware of the project to create a new 12-a-side tournament on Monday.

"We believe any proposed new competition will require extensive consultation.

"It can only be considered in the broader context of player welfare and the already congested global calendar."

As for World Rugby, a statement issued read: “We are aware of the proposed new World 12s competition.

“While we welcome innovative thinking with the potential to advance the reach, attractiveness and growth of the sport, comprehensive consultation with the organisers is required to understand the viability of the concept, particularly in the context of ongoing global calendar discussions and the priority area of player welfare.”

On that front, it's again hard to see things working out without a fair few kinks being ironed out.

So will it happen?

Despite the big announcement and PR-friendly language used, if you were a betting man, you'd still lean towards this not materialising.

Everything they've said screams that this isn't a gimmick, but there's so many logistical nightmares to overcome to get this off the ground.

Player welfare and release are the huge issues. In terms of release, the financial backing of World 12s might be able to cover release costs, but the fact discussions with the relevant bodies are still at very early stages doesn't seem to bode well for this format's chances.

Not when World Rugby has enough on its plate to sort out.