The nightly television news coverage of the 2022 federal election was among the most juvenile and uninformative in 50 years.

Given that about 61% of Australians get their news from television in an average week, this matters.

The pattern was set early on: unimaginative, slavish PR-stunt footage of the leaders, combined with young go-getters in the travelling media packs trying to make a name for themselves with gotcha questions.

It is a pattern that has been developing for a long time, and for which editorial leadership in Australia’s main newsrooms is responsible – leadership of my own generation included.

More than 30 years ago, it became obvious to editorial executives that having their senior political correspondents travelling with the leaders was a waste of time and resources.

Instead, the senior correspondents were encouraged to base themselves in Canberra and to be selective about where and when they went on the road.

They attended campaign launches and major set-pieces such as leaders’ debates or National Press Club appearances, but otherwise they focused on analysing issues and trends as they emerged.

Relatively junior staff took their places “on the bus”.

The reason it became a waste of time and precious resources to keep the senior people on the bus was that the party apparatchiks and campaign managers imposed increasingly limited access to the leaders, and increasingly absurd secrecy about the travel schedule.

It got to the point where the itinerary for the day would be slipped under journalists’ hotel doors in the early hours of the morning.

In these ways, the parties became able to exert a high degree of control over the media coverage. It is very difficult to prepare questions to put to the leaders if you have no idea where you will be the next day, what the leaders will be doing, or what opportunity you will get to ask a question.

As a result, journalists and camera crews have become hostage to the party machines – news takers rather than news makers.

They find themselves trailing around factories, building sites, hospitals, playgrounds, shooting footage of the most banal but politically self-serving kind: helmets and hi-vis vests; Scott Morrison as a welder, pastry cook, hairdresser or whatever else he is dressed up as; Albanese having an earnest cup of tea with an elderly voter or bent over some unsuspecting child at a daycare centre.

Ten metres away and robbed of any meaningful preparation, the reporters shout questions that may or may not have anything to do with what they have just seen or with any issue of the remotest relevance to voter concerns.

Was there a question about climate change, corruption or gender equality at any of those stand-ups? Fitting such questions into the scenario controlled by the party machines is next to impossible.

So the stage is set for the gotcha question.

They have their place, as the one to Albanese in the first week about the unemployment level showed. It revealed him as astonishingly ill-prepared, but as John Howard said that night: “So what?”

After that, Albanese was peppered with them, and seemed quite unable to muster anything like Adam Bandt’s classic response when confronted with something similar: “Google it, mate.”

But as Howard implied, it told us nothing about Albanese’s capabilities as a potential prime minister.

His confidence strong once he had won the prime ministership, Albanese asserted himself in the face of the media pack: “You will not get the call earlier if you yell. Day one. Let’s get that clear.”

This unedifying routine affects all news coverage, but television journalists suffer from it the most. The exigencies of television news bulletin production leave them little scope for persistent questioning and little time to prepare their scripts. It is all about grabs and pictures.

Newspaper journalists at least have the luxury of a little more time to prepare their print-edition stories, even if they have to file quickly for their online editions.

What can editorial executives do in the face of this?

For one thing, they do not have to run the tiresome, cliched footage of politicians doing stunts. Shoot it by all means, but there is no need to use it unless something newsworthy happens.

For another, they need to do a lot more to brief their junior staff on the bus about questions that might constructively inform the audience.

Relatively inexperienced reporters being herded and hustled on the ground need not only guidance but also support in the form of necessary background information.

More strategically, it is time to call a halt to arrangements that co-opt the media into acting as a publicity arm for the two main parties.

The new reality is that there are three main forces in Australian politics: Labor, the Liberal-National Coalition and the Greens/Independents. Each attracted roughly one-third of the primary vote at the 2022 election.

This means the media will be paying more attention to the third force than they traditionally have, and so gives the media more leverage in dealing with the two main parties, which no longer have the power of a duopoly.

The media should insist on receiving travel schedules in reasonable time, on having media conferences held in settings where the exchange can be conducted civilly, and where there is time for the leaders to be subjected to questions of substance, including follow-up questions.

As the COVID-19 media conferences showed, these can elicit useful information because journalists are, on the whole, not piranhas but intelligent people keen to do right by the public.

It is not they, as individuals, who are to blame for the appalling television coverage we have seen over the past six weeks but the whole reality-distorting machinery in which they are caught up.

Denis Muller does not work for, consult, own shares in or receive funding from any company or organisation that would benefit from this article, and has disclosed no relevant affiliations beyond their academic appointment. 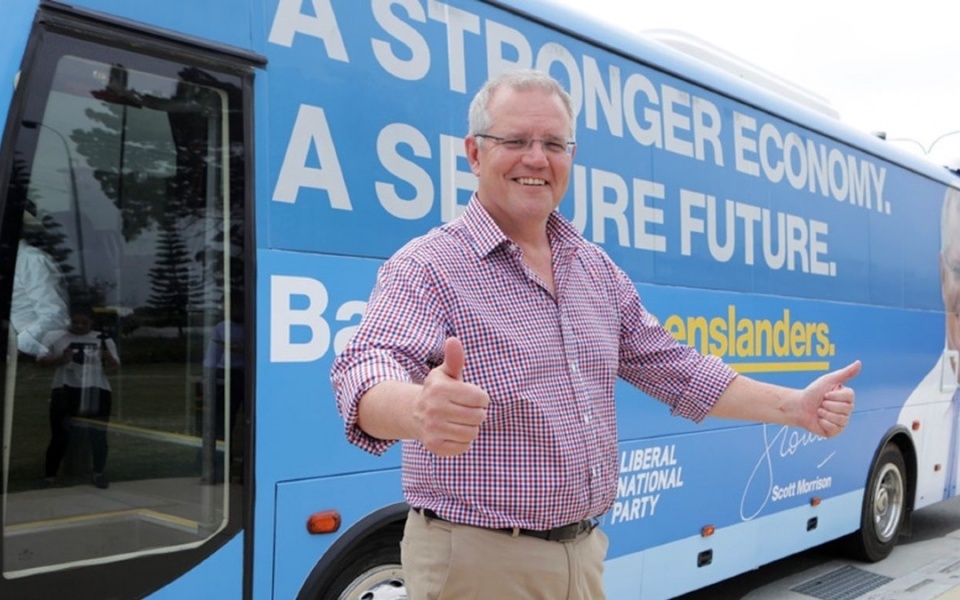 The New Daily
One subscription that gives you access to news from hundreds of sites
No more predator press: Australian media must ‘sack the pack’ and start providing actual news