How the re-introduction of free agency has changed the AFL 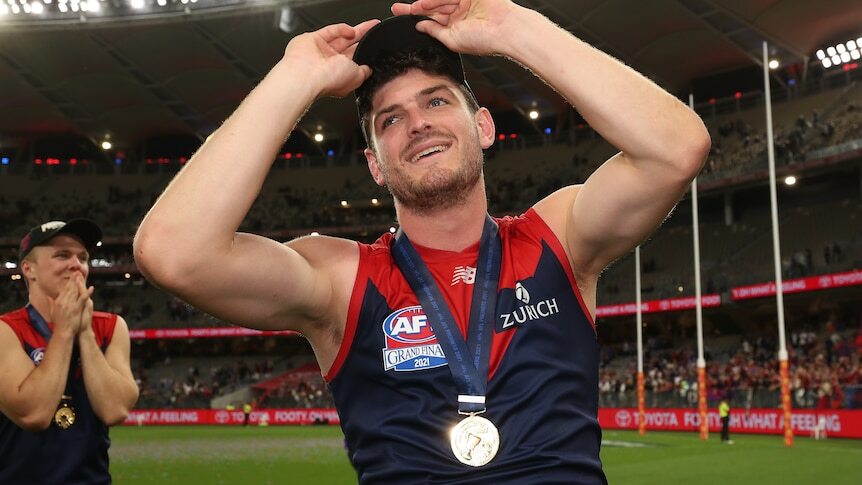 For most football fans, the name Denis "Dan" Lanigan means little, lost to the annals of history.

In a footballing world that never sleeps, with news of trades, free agency and the draft filling column inches in the off-season, Lanigan's story might represent the modern, year-round obsession with the game better than any other.

In 1897, Lanigan suited up with Collingwood, contributing to a deep finals run for the side we now know as the Magpies. In preparation for the 1898 season, the Victorian Football League held a new type of gathering, a meeting that might be a little familiar to footy fans today.

The first league permit meeting was where players could apply to change clubs, a formalisation of a chaotic process before the league was formed in 1897.

At that very first meeting, Lanigan was the only applicant, and his move to Melbourne was rubber stamped by the league.

Come round one, Lanigan was wearing the red and blue of Melbourne, contributing to a victory over St Kilda.

When the siren sounded, he had become the first player to play for two V/AFL clubs.

By the end of the season, Lanigan was joined by four other transferees — most dramatically, Carlton's inaugural captain, Jimmy Aitken. The former Carlton skipper became the first player to play for two clubs in the same season.

The AFL faced a problem 110 years later. After decades and centuries of changes to who could play for what clubs, stagnation had set in.

At the same time, equalisation and competition-wide competitiveness became an increasing concern. The league and the AFL Players Association undertook fact finding missions, looking at how to both improve the movement of players and increase evenness across the competition.

Their solution? A return to the past, in a slightly modified form.

The return of free agency

In 2010, Collingwood fought through and recorded a mini drought-breaking victory of their own, beating St Kilda in the Grand Final replay.

It was a memorable moment for all, and a somewhat surreal one for Luke Ball, who was wearing the red, black and white of the Saints on Grand Final day 12 months earlier.

By the end of 2009, Ball had fought through injuries and questions of form to get back in the finals side. The former captain of the club, pick 2 in the 2001 "superdraft", decided that he had had enough.

A less-than-market-value contract offer, in his eyes, helped make up his mind. In came Collingwood, offering the Saint a considerable raise and a chance at success at a new side.

Come the trade period, the clubs set to negotiate Ball's move, but started far apart in terms of their value of Ball.

The Pies offered pick 30 and a player, or picks 25 and 62, to no agreement. Attempts at mediation between the two clubs failed, and at the end of the trade period Ball was in limbo, clubless.

After eight years in the league, Ball would have to enter the draft again. He did all he could to ensure that he would land at Collingwood, including dictating high contract terms and publicly stating his preference.

Still, Ball said on draft night that he was as nervous as he was nearly a decade before.

While Ball ended up at Collingwood, the look was bad. Player movement had ground to a halt by the 2009 off-season. Ball wasn't the only player caught in such a trap, but may have been the highest profile one.

By February, Andrew Demetriou (then head of the AFL) announced the return of limited free agency, granted to some players with eight years of service and to all with at least 10 at one club. The league gave two years for the clubs to get ready for the new rule.

Not only were players moving via free agency, but more players were also being traded.

The threat of free agency allowed players and clubs to more confidently and consciously negotiate the prospects of players changing their colours.

Clubs and player agents now consider players in the year before their free agency year as "pre-agents", as dubbed by The West's Ryan Buckland.

Since the introduction of free agency, player movement per off-season has risen from an average of 29 to 46.

When Demetriou announced the introduction of free agency, he declared that the flexibility would benefit both players and clubs.

More than a decade on, this appears to have played out. Players are willing to request moves for a variety of reasons, and clubs have been increasingly willing to ask players to explore their options elsewhere.

At the same time, contracts have begun increasing in length, with the merits of locking up players long term showing in good competitive output.

The free agency move was controversial, seen by some media commentators as an "Americanisation" of the sport.

Instead, it was more of a return to its roots.

But there was a tiny bit of truth to that myth. The league arrived at free agency as an option after talking to US sporting codes, which had increasingly embraced the use of a salary cap, free agency and the draft as equalisation measures in unison.

Unlike the days of Denis Lanigan, the AFL also introduced the concept of "compensation" for losing a free agent. Heavily modelled off the model used in the National Football league, compensation picks were awarded to lost free agents based on their age and value of their upcoming contract.

Based on comparisons with the AFL's published salary distribution data, comparisons with public knowledge of the NFL's compensation model and prior reporting by The Age, the "secret herbs and spices" are somewhat known.

The five tiers are determined by salary, age and contract length (as a tiebreaker), with players being ranked against other free-agency eligible peers.

Losing a younger player to a long-term contract that is in the top 5 per cent of league salaries will award their previous club a first-round pick. An older player on a league average salary might be lucky to garner a third-round compensatory pick.

In practice, this generosity has largely led to sides being overcompensated for their loss.

Using a method called Player Approximate Value to determine how productive a player is to a team, the player chosen in the draft as a replacement for a lost free agent generally produces more across their career than the free agent at their new club, or will be expected to overtake them, in the case of ongoing careers.

If you look at how much each pick is expected to produce on average, the difference is even more stark. When the luck of the actual selection on a year to year basis is taken out of the equation, the reward given to a team losing a free agent is even more lopsided.

There are few better examples than Angus Brayshaw, the compensation for Melbourne losing James Frawley in 2014. Frawley, a former All Australian at Melbourne, had fallen out of the Melbourne defensive set up and a move to Hawthorn helped them reload in the middle of their premiership three-peat.

In exchange, and due to Frawley's large salary, Melbourne were awarded a tier one compensation pick slated to come after their first round pick. Due to their poor year, that meant Melbourne were handed pick 3 in the draft.

On paper, this seemed to be extremely generous. In practice, it was even more so. Brayshaw, despite issues with head injuries, quickly developed into a quality player, finishing third in the Brownlow Medal in 2018. Last month, he helped Melbourne win their first premiership since 1964. At just 25 years old, Brayshaw looks like contributing to Melbourne for years to come.

Frawley also contributed to a flag, but over time his contributions diminished as he aged. While a solid player for Hawthorn, 2020 was his last year at the club, with a final two games chalked up in St Kilda colours this year.

There are few notable exceptions of sides eschewing the compensation given, with Jeremy Cameron and Patrick Dangerfield both arriving at Geelong via trade due to the perceived inadequacy of the proposed compensation.

As a whole, the system rewards clubs too much for losing players that have already given a lot to a club.

The future of player movement

The next direction for player movement might have been hinted at during the last collective bargaining agreement between the league and its players. In the final agreement, free agency for life (that is, continued free agency rights for anyone who reached the eight-year barrier) was included.

Two further options were also raised — free agency for all out-of-contract players in the league for four or more years on less than the league median salary or free agency that kicks in after eight years, regardless of whether a player has changed clubs already.

Already, the increased movement of players seems to be reaping rewards, with competitiveness across the league seeming tighter than ever. The past six seasons have seen flags for three long-suffering clubs. Rapid rises up the ladder, and hard falls down, have become more commonplace.

In the 2021 Grand Final, the Demons and Bulldogs played five and six players respectively who came to their team from another side. This includes Mitch Hannan, who joined the Bulldogs from the Demons last year.

The eras of sides missing finals for decades upon decades seem to be consigned to the past, with even the poorest teams in the league able to compete with the very best on their day.

For now, the tide of players finding a new home has stemmed. Just five players have moved via free agency so far, and the traded-player pool is smaller than usual entering the last week. This lack of movement is partially due to the cutting of lists last year.

There's a keen balance to be struck between the loyalty that clubs show to loyal players, and the rights of players to seek better opportunities.

The sight of players joining a second, third or even fourth club isn't novel to the league. Lanigan, the first player to play for two clubs, was also the first to play for three. Tom Hickey, one of the most improved players this year, did so at his fourth club.

The league, and the AFLPA, would be wise to explore any further options to continue to expand player movement to improve competitiveness across the league.