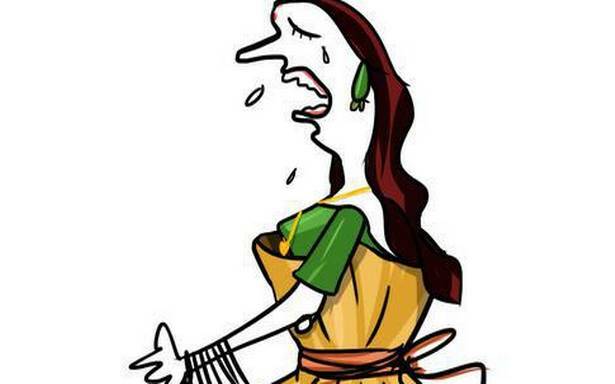 From newly-weds to elderly women above 60, a number of married women in distress are reaching out to the dowry prohibition officers appointed in all districts following the death of Vismaya. While the officers across the State have been receiving a volley of calls in the last one-and-a-half months, around 26 cases were officially filed in which proceedings were initiated.

"Most of the women who seek help are victims of emotional abuse and are not willing to lodge a complaint. While some want to resolve the issue without much hullabaloo and save their marriage, there are other cases with long histories. One of the women who filed a complaint got married in 1988," says an officer.

Women feel that the new system is more comfortable as they can avoid the involvement of police in the initial stages. "After talking to the officer, I understood that the procedure will be faster and hassle-free. My family didn't want to approach the police and this seemed like an ideal option," says a complainant.

After receiving a complaint, the officer-in-charge initiates a preliminary investigation and then conducts the hearing. "When the woman produces all the documents, including evidence, we proceed straight to the hearing. If the husband denies all the allegations, we launch an enquiry, based on which an order will be issued. If the husband fails to comply, he will have to face criminal proceedings,” says the official.

According to the Dowry Prohibition Act, 1961, the legal burden of proof is on the accused as the husband and family have to prove that they have not committed the offence. The officers say there are cases where the family starts demanding dowry after the engagement or a few days before the wedding.

"Women have produced WhatsApp chat messages and voice clips of family members threatening to cancel the wedding if they don't pay the money,” says an official.

Then there are grooms who force the bride's family to throw extravagant wedding parties, and later the girls are harassed for not meeting their expectations. "Quite often, the bride's family borrows money to meet these last-minute demands and they can produce loan documents and the witness statements to prove it. We have a mechanism to cross-check facts since a small percentage of complaints can be false or exaggerated accounts," adds the official.

Since dowry is a forbidden word, most families refer to it as 'gift', but the girls are hardly made custodians. The law mandates that any property, ornaments or valuables received in connection with the wedding should be transferred to the woman within three months of the ceremony.

"If the boy's family ensures this, there will not be any issues, but many people are not aware of it. So, we have also launched campaigns to spread awareness. We are focusing on college students so that the new generation will abstain from such practices," she adds.