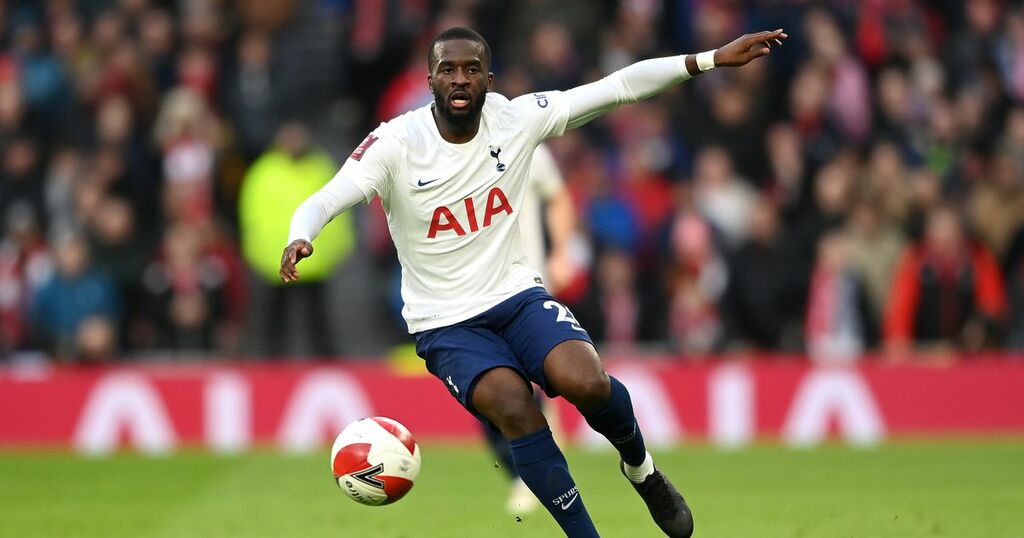 Spurs midfielder Tanguy Ndombele is reportedly 'hopeful' of securing an early exit this month from north London as his recent frustrations were summed up in the Morecambe game.

Ndombele, 25, was hooked after 69 minutes as a result of his ineffective display in the middle of the park for the Lilywhites against the League One side.

Asked repeatedly about the incident, Spurs head coach Antonio Conte deflected with his answers and the closest he got to speaking about Ndombele was saying: "I was so focused on the game because we were losing 1-0.

"This type of situation, they happen in football. You have to be good to try to change the opinion. If someone is disappointed with you. It’s normal.

"I was a player and it happened sometimes to me that someone was unhappy with my performance. This is our life. I repeat, it’s OK. We have to continue to work and try to be better next time."

It wasn't a good sign at all to see the Tottenham faithful let their frustrations to the player in question be known as his £50million move from Lyon looks more questionable by the day.

Ndombele scored an underwhelming 3 in football.london's player ratings from the third round FA Cup tie with the justification: "Tried to make things happen but he should be dominating against a 21st placed League One side.

"Below his best and lost the crowd entirely as he trudged off slowly across the pitch, despite others trying to hurry him, as Dele and Gil ran off during the triple change.

"Went straight down the tunnel and although he later returned to the bench it was a daft moment as a whole that might have further repercussions.

"Loses marks for not thinking of the team, exactly what Conte had criticised him for. 3."

Having already failed to make the right impact under Jose Mourinho, Nuno Espirito Santo and so far Conte, it's no surprise to see Spurs fans on Reddit call for action to be taken in the January transfer window regarding the central midfielder's immediate future at the club.

And their demands and wishes may be granted, as The Athletic have now reported that the player who didn't even look at Conte when he was taken off could be heading towards the exit doors of the Tottenham Hotspur Stadium sooner rather than later which would hint at action needing to be taken in that certain department of the pitch.

If the 25-year-old was to be sold in the mid-season market, it is unlikely that Daniel Levy would recuperate anywhere near the £54m fee that the board sanctioned in the summer of 2019.

In fact, transfermarkt currently value the 91 Spurs appearance maker at just short of £35m (£34.20m) which would represent a £19.80m loss which will highly irritate Levy and ENIC, who made Tottenham's number 28 their club-record signing.

football.london understands that there is not a large number of suitors out there for the Les Bleus international due to the 'three and a half years' remaining on his current six-year deal, meaning a loan move away would appear most likely at this point.

But who would come into replace the wantaway former Ligue 1 ace?

The names of Franck Kessie and Marcelo Brozovic come to mind but certain factors including the ongoing Africa Cup of Nations and contracts ending in the summer mean a January move for either looks complicated at this moment.

On the former, football.london's chief Spurs correspondent Alasdair Gold wrote in his latest Q&A: "I think January is going to be difficult to sign any players involved in the African Cup of Nations. Kessie will be away with the Ivory Coast for much of the month and with his contract up in the summer it's difficult to see clubs in a cash-strapped post-pandemic world spending money on him six months before or for him to leave Milan now and give up the prospect of a bigger signing on fee and potentially wages among the fight for his services."

A similar situation can be applied to Croatian midfielder Brozovic who also sees his contract expire in the summer, therefore leaving Tottenham in a predicament.

How can Fabio Paratici and co. replace Ndombele this month when two of their main targets are better suited for a summer transfer due to several factors?