How Sterling, Mahrez and Torres are taking Guardiola's Man City to the next level 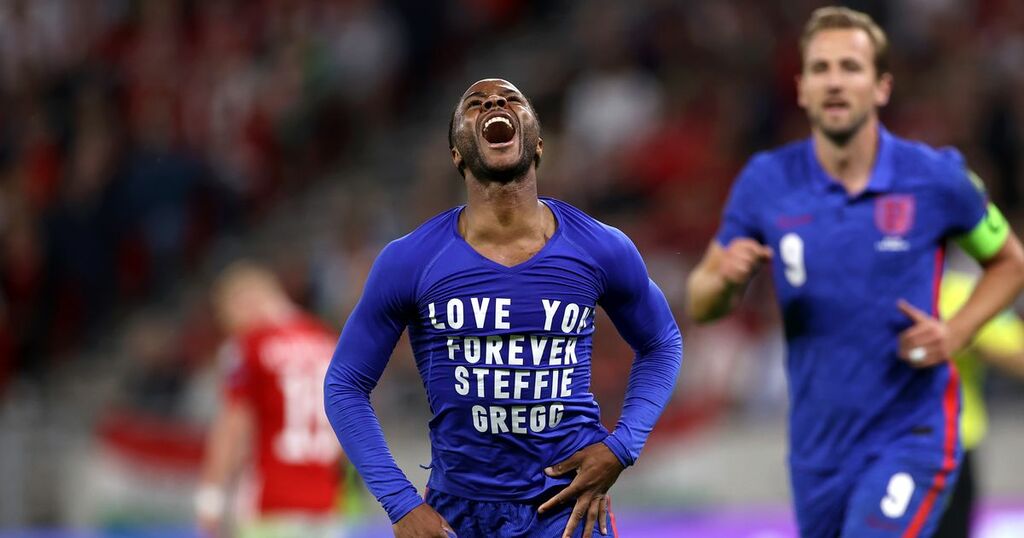 It’s hard not to imagine the players returning to training from international duty being a bit like the first day back at school after half-term.

Trudging back in to swap stories and check out any new boots or clothing your mates might be sporting, before working out you all spent your time away doing more or less the same thing.

Manchester City’s players certainly have some wonderful tales to tell.

As is now customary, Raheem Sterling led from the front to open the scoring as England overcame an atmosphere of hostility and hate in Budapest to thrash Hungary 4-0, while Jack Grealish, Kyle Walker and John Stones were also in impressive form for Gareth Southgate’s men in World Cup qualifying.

For the Young Lions, Cole Palmer marked his U21 debut with a majestic solo goal against Kosovo.

Unfurling a perfect Cruyff turn on national television? Guess there’s no doubt who has aspirations to be the new teacher’s pet at City when you consider who the manager is.

Pep Guardiola could also marvel at a dreamy volleyed goal from Bernardo Silva in Portugal’s win over Azerbaijan, during which Joao Cancelo pitched an early contender for nutmeg of the season. Twice.

Of course, the fiasco concerning the availability of his Brazil players for Saturday’s Premier League trip to Leicester City means this break has not been perfect for Guardiola, but it's a welcome boost not to be having to pick anyone up off the floor on their return to Manchester.

At Euro 2012, David Silva opened the scoring in Spain’s 4-0 final win over Italy, who were only in the showpiece after Mario Balotelli enjoyed his night of nights against Germany.

In the years that followed, especially when you consider the trophies they continued to collectively stack up at the Etihad Stadium, City’s main performers were often noted for heartache rather than heroics in national-team colours.

Silva remained as Spain followed their imperial period with tournament disappointments in 2014, 2016 and 2018. Joe Hart’s nightmare Euro 2016 preceded the sad denouement of his City career. Sterling and Gabriel Jesus performed with typical selflessness at the 2018 World Cup but each failed to find the net.

A determination to shove it all down the doubters’ throats partly inspired Sterling’s career-best season in 2018/19, but being a non-scoring number nine for Brazil seemed to weigh heavily on Jesus, whose Brazil were knocked out in Russia after a Fernandinho own-goal against Belgium.

International duty also became a drag for Sergio Aguero, when it essentially amounted to all of his generation being accused of repeatedly failing Lionel Messi at the highest level up until this year’s Copa America.

The past couple of years has seen an upturn. Riyad Mahrez was integral as Algeria won the 2019 Africa Cup of Nations, while Jesus’ performances on the right-wing during Brazil’s triumphant 2019 Copa America campaign now look like a precursor to his resurgent City displays of late.

Kevin De Bruyne is habitually brilliant for Belgium too, even if it came at an injury cost at Euro 2020. The playmaker unquestionably revels on the biggest stages, as also evidenced by his stellar Champions League showings in sky blue.

City’s latest shot at the big trophy begins against RB Leipzig next week and, in that context, the growing list of players in Guardiola’s squad who are standing up and delivering the goods when out on their own with their countries might be significant.

The City boss has frequently stated that games at the highest level of European club football are decided in “moments”. A well-moulded team is always in prime position to dominate in terms of league titles, as his City have shown.

Once again, the nature of the Champions League means it's likely to come down to a key man standing up to be counted as the collective perhaps malfunctions under pressure. This international break showed a growing number of City players doing that with greater frequency and it feels like good news as Guardiola again plots how to take that final step in Manchester.

Which City performance did you enjoy the most during the international break? Follow our City Fan Brands Editor Dom Farrell on Twitter to get involved in the discussion and give us your thoughts in the comments section below.