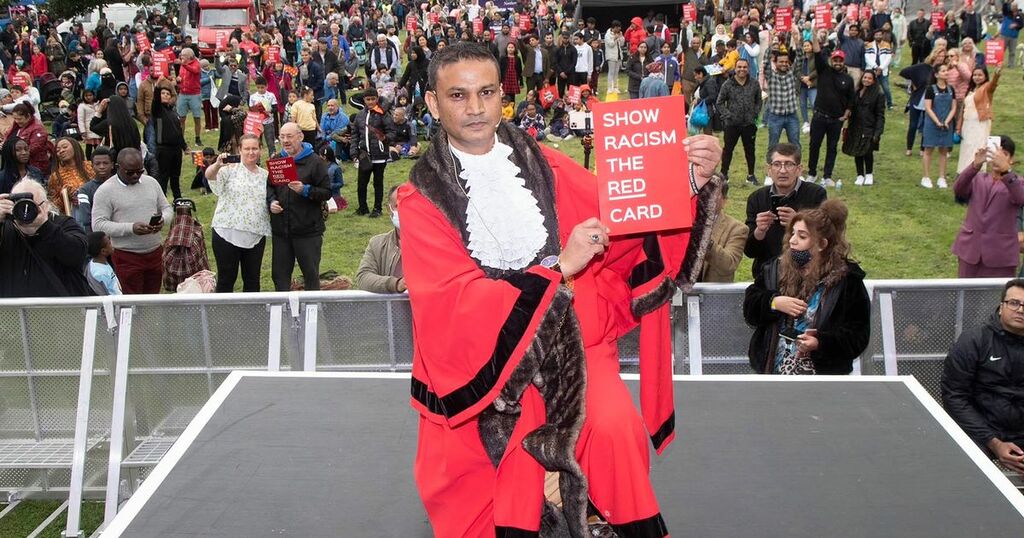 South Tyneside councillors have backed several pledges to support the fight against racism and hate crime.

At a full council meeting earlier this week, several Labour councillors lodged a motion on the issue with a focus on promoting diversity and acceptance.

As part of the motion, each elected member was asked to make a pledge to challenge racism and hate crime where they see it, by stating they ‘Show Racism the Red Card.”

In addition, the motion aimed to ensure that all elected members and senior council officers were given appropriate equalities training.

A debate on the motion was launched by Labour councillor Richard Porthouse at Monday’s (September 6) council meeting at Temple Park Leisure Centre.

During the meeting, several councillors gave passionate speeches about the impact of racism / hate crime and the importance of stamping it out.

The councillor added that racism had “no part in a modern civilised society” and that he was “delighted” to support the motion.

Cllr McCabe went on to say:“We do believe in diversity, we’re stronger if we all work together and show each other respect because if you don’t do that […] the consequences of not working together and not showing respect are you end up with places like Auschwitz-Birkenau.

“I fully support this motion and it may be a small step but it’s a step in the right direction and every journey starts with a small step.”

Labour councillor Angela Hamilton said that “racism is still all around us” and referenced the recent abuse directed at councillor Habib Rahman, Lord Mayor of Newcastle, in the city’s West End at the weekend.

The mayor, who had vowed to use his term in office to tackle racism and hate crime, was among a group who were targeted with verbal abuse and had fireworks aimed at them outside a mosque.

Cllr Hamilton added that South Tyneside Council, councillors and political parties needed to do more to encourage people from different backgrounds to “get involved, to be represented and to stand for elective office.”

Meanwhile, Labour councillor Ann Best also stressed that hate is a “learned behaviour” and anything that councillors could do as community leaders to “lead by example” was important.

Councillor David Francis, Green group leader, also said that the issues of hate crime and racism raised in the motion “sadly still persist in society and in our borough.”

Cllr Francis continued: “We still see racism and hate crime in our society and in our communities and we have a responsibility to challenge this behaviour and work to eliminate it.

“In June’s full council meeting we heard that between April 2020 and March 2021, there were 287 hate crimes recorded by Northumbria Police across South Tyneside.

“We know that the true figure is likely to be considerably higher as much of this type of crime goes unreported.”

While welcoming the resolutions in the motion, Cllr Francis proposed a “friendly amendment” following a conservation with Show Racism the Red Card leaders ahead of the full council meeting.

This included the council pledging to support the charity’s ‘Wear Red Day’ on October 22 at a full council meeting the same month and to illuminate the town hall in a red colour for a week, as has been done in previous years.

Although the amendment failed to win support across the council chamber in a vote, the original motion was later approved with unanimous support.

Labour councillor Joan Atkinson, deputy leader of the council, said further checks were needed with council officers with regards to the feasibility of the amendment and what it was requesting.

She added: “It’s about checking out whether these things can be delivered in the town hall that we’re asking for or actually are they already in place?”

South Tyneside Council has since confirmed that plans are in place to support Show Racism the Red Card and the annual Wear Red Day this year.

A council spokesperson said: “The council has long been a supporter of Show Racism the Red Card.

“For many years the day has been marked with fundraising activities encouraging staff and elected members to wear red, an activity which will take place again in 2021.

“There are already plans to light up South Shields Town Hall to highlight the campaign again as well as educational workshops taking place across the borough in partnership with Show Racism the Red Card in our family of schools.

“The council is committed to eradicating hate crime in all its various forms and continues to support this initiative because it sends a clear message that we will not tolerate prejudice and discrimination in our communities.

“South Tyneside Homes works promptly to eradicate graffiti and stickers of this nature within 24 hours of reporting, free of charge.

“In addition the council works with Northumbria Police and other organisations to stamp out all forms of hate crime, including a network of Workplace Hate Crime Champions responsible for raising awareness of hate crime in the workplace, signposting colleagues affected by the issue to advice and support centres and acting as the main point of contact within their organisation.

“This is just a snapshot of the partnership working that goes on day in day out to stamp out all forms of hate crime in South Tyneside.”

The motion agreed at full council in full:

This council believes that South Tyneside is stronger because of its diverse communities. We believe that the borough benefits from residents with different ethnicities and nationalities. We welcome the positive contributions of all residents, regardless of background, to life in South Tyneside.

1) Take positive action to promote diversity and acceptance, including information on reporting hate crime in Council News and on the Council’s website.

2) Challenge acts of racism and hate crime where we are aware of it.

3) Ask each elected member to make a pledge to challenge racism and hate crime where they see it, by stating that we ‘Show Racism The Red Card’.

4) Ensure that all elected members and senior officers are given appropriate equalities training.