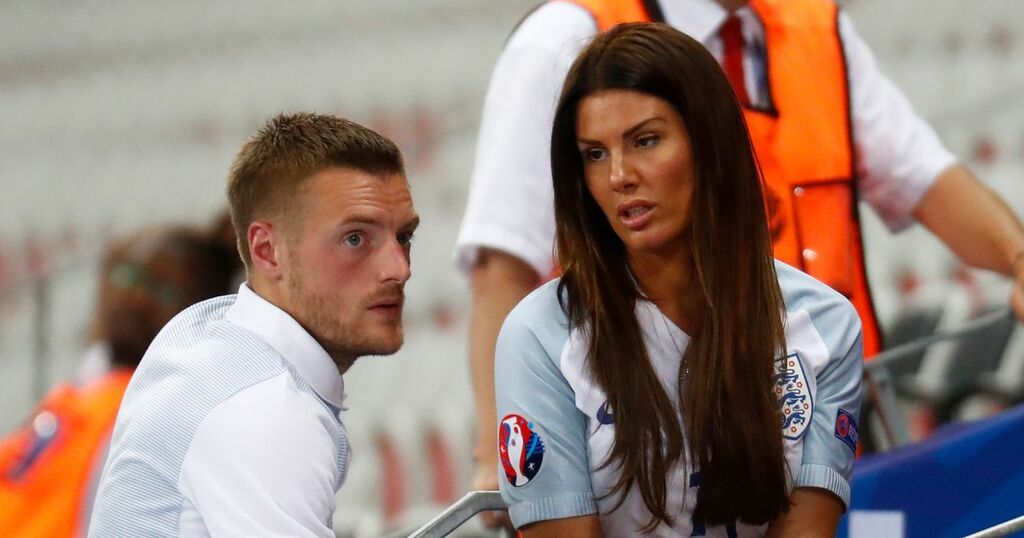 Rebekah Vardy's first encounter with 'demanding' footballer Jamie and her brutal warning if he cheats
Rebekah had two children from previous partners and had already been married twice when she met Jamie Vardy.

Inverse
From analysis to good news, read the world’s best news in one place
Vangelis, composer of Chariots of Fire and Blade Runner soundtracks, dies aged 79

The Jamie and Rebekah Vardy love story didn't get off to the most romantic of starts.

Rebekah, who is back in court today for the Wagatha Christie trial, which has lurched from bombshell to bombshell, was working as a party planner when she first met the footballer.

Back in January 2014, Becky had two children from previous partners and had already been married twice.

Her first marriage to electrician Mark Godden in 2001 lasted just six months, and she famously had sex with Peter Andre after they had split, while her second to businessman Steve Clarke ended after 10 months.

Becky also had a long-term relationship with former lower league footballer Luke Foster, who is the father of her son Taylor, but they split in 2013.

Then she found the love of her life, but it took a long time for Jamie to convince his now wife to even go on a date with him.

Their first encounter wasn't romantic as Becky was tasked with organising Jamie's 27th birthday party while working at the Viper Rooms nightclub in Sheffield.

Jamie, who comes from Sheffield, had transferred to Leicester City in May 2020 for a non-League record transfer fee of £1 million and was in the middle of their Premier League promotion season.

While Jamie was clearly taken with the party planner, Rebekah wasn't so keen at the start and rebuffed his numerous advances.

"He was the most demanding person you had ever met in your life, ever. He just pursued me," she revealed during her stint in the I'm A Celebrity jungle in 2017.

Desperate Jamie spent two months trying to woo Rebekah and would not take no for an answer - with his persistance eventually paying off.

Rebekah finally agreed to go for a drink with the footballer and she began to see him in a brand new light.

In an interview with The Sunday Mirror, she said: "When we did go for a drink he made me laugh a lot but mainly I thought, 'This guy's insane'. But he won me over."

Becky added: "It's just the same as with his career - he never gives up!"

She described Jamie as "the most amazing person" and was surprised at how "sweet" he was.

Just three months later, Becky was pregnant with their first child together and gave birth to daughter Sofia in 2014.

The couple were due to get married in June 2016, but they were forced to bring the date forward after Jamie's career really took off.

Jamei got a call up to the England football team, so they needed to hold the wedding earlier to avoid clashing with the European Championships in France.

The pair were dubbed the 'new Posh and Beck's ahead of their wedding at the exclusive Peckforton Castle in Cheshire.

However, Jamie's parents and grandparents reportedly did not attend due to a rumoured rift and neither did Rebekah's mother.

While the striker's daughter Ella, who he shares with ex Emma Dagget, was also not in attendance.

Speaking to The Sun in 2018 about the big day, Rebekag said: "It is what it is. I don’t speak to certain people any more and neither does Jamie."

Jamie became step dad to his wife's eldest two children, Megan and Taylor, then the following year they welcomed another child, Finlay.

Rebekah went on to become a celebrity in her own right, being the third famous face to be kicked out of the I'm A Celeb jungle in 2017.

With her stock rising, Becky became a guest panellist on Loose Women and made regular appearances on shows such as Good Morning Britain and This Morning.

The loving couple's relationship has gone from strength to strength - with Becky admitting it is the only one she has ever felt stable in.

In December 2021 she gave birth to their third child together, baby Olivia, and said her husband was "so supportive and encouraging".

Jamie and Rebekah appear to be soulmates, but she has issued him with a stern warning if he ever decides to cheat on her.

She previously thought all men were "dirt bags, cheaters and only wanted one thing", but believes Jamie is completely different.

Athough the WAG has been adamant that she will not tolerate infidelity and if her man ever plays away she won't think twice about dumping him.

"I wouldn’t stand for it if my husband cheated on me. I wouldn’t put up with it in a million years," she told Fabulous magazine in August 2019.

"If I was prepared to put up with that behaviour, where would my self respect be? What example would I be to my kids?"

Rebekah Vardy's first encounter with 'demanding' footballer Jamie and her brutal warning if he cheats
Rebekah had two children from previous partners and had already been married twice when she met Jamie Vardy.