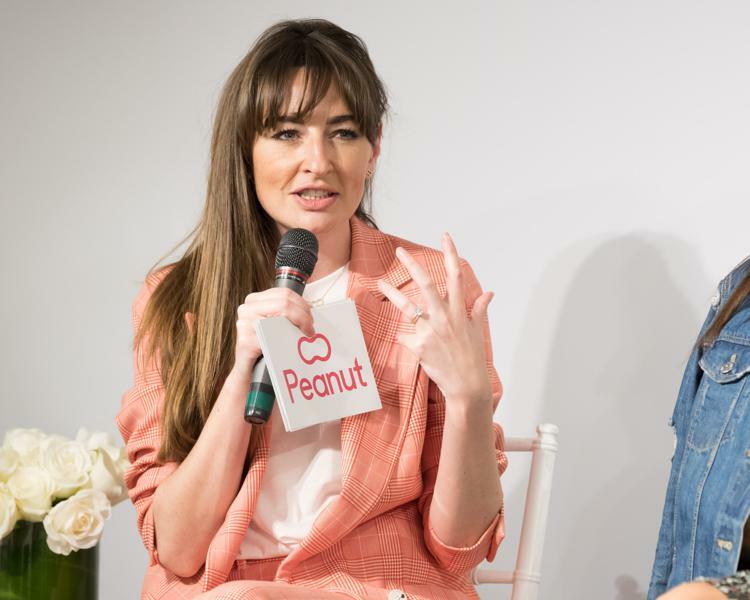 Most women have a plan for their careers and know the steps to find success at work. But the topic of motherhood is rarely discussed, even as women consider having kids and how it will impact their careers.

Other important issues women face, like infertility, pregnancy and menopause, are often overlooked and not discussed. And although women need connection and a place to talk about these important and taboo issues, there simply isn’t a way for them to connect with other women and talk about important, scary or vulnerable topics.

Michelle Kennedy is on a journey to change that by giving women a place to discuss the good and the messy of all stages of motherhood in a safe and trusting space.

Kennedy started her career as a lawyer and worked on deals for Bumble. She took what she learned about encouraging relationships and moved it to a more platonic space to create Peanut, a social network for moms at all stages.

From the beginning, Peanut was designed to foster trust and safety. The goal is for women to find new friends, join conservations, ask all kinds of questions and connect with women at the same life stage. The old adage of it taking a village is true, but many women don’t live in their family village and need people to have honest conversations with. Instead of women trying to hold it together and push through challenges on their own, Peanut is the virtual support group and village to give women and moms strength. There’s no conversation that can’t happen on Peanut.

The goal for safety and trust comes through in every aspect of Peanut, from how the product was designed to how the company stays in contact with users and grows.

The company is currently pre-revenue as it focuses on honing its product and audience and understanding who its users are and what they want in the product. In the future, Kennedy sees Peanut moving to a freemium model instead of relying on ad revenue. Establishing the revenue stream from customers instead of from advertisers allows Peanut to retain the trust and safety it has worked so hard to build with its users.

Peanut also tailors honest experiences towards women. Instead of putting women into stereotypical boxes and assuming it knows what they need, the company stays in contact with its users and relies on data and feedback to build a deep understanding of customers and create personalized experiences. Kennedy believes women are multifaceted and don’t want to fit into a single mold, so she builds experiences around appealing to those facets of womanhood.

In many ways, Peanut bucks the trends and expectations of social networking. Its platform is built to focus on the quality of conversation instead of the number of likes. By talking with users, Kennedy realized that women want synchronicity in real-time instead of asynchronous social media where users post something and wait for comments and likes. To support women during the pandemic, Peanut launched live audio, which allows users to have real-time conversations with each other about important and engaging topics.

In Kennedy’s next venture, she is continuing to challenge norms and empower women. StartHER is a microfund investing in women and underrepresented founders. Instead of the typical first “family and friends” round—which assumes entrepreneurs have loved ones with the resources to invest—StartHER opens the doors for impactful companies of all types to get the initial funding they need.

Kennedy believes motherhood is a great chapter, but it’s not the only chapter of a woman’s life. Her goal with Peanut is to do things differently with a different purpose and change lives for the better. Every woman should leave Peanut feeling supported and enriched and like they have a place to be supported, no matter her stage of life.

Blake Morgan is a customer experience futurist, keynote speaker and the author of the bestselling book The Customer Of The Future. Be part of the brand new Customer Experience Community here.