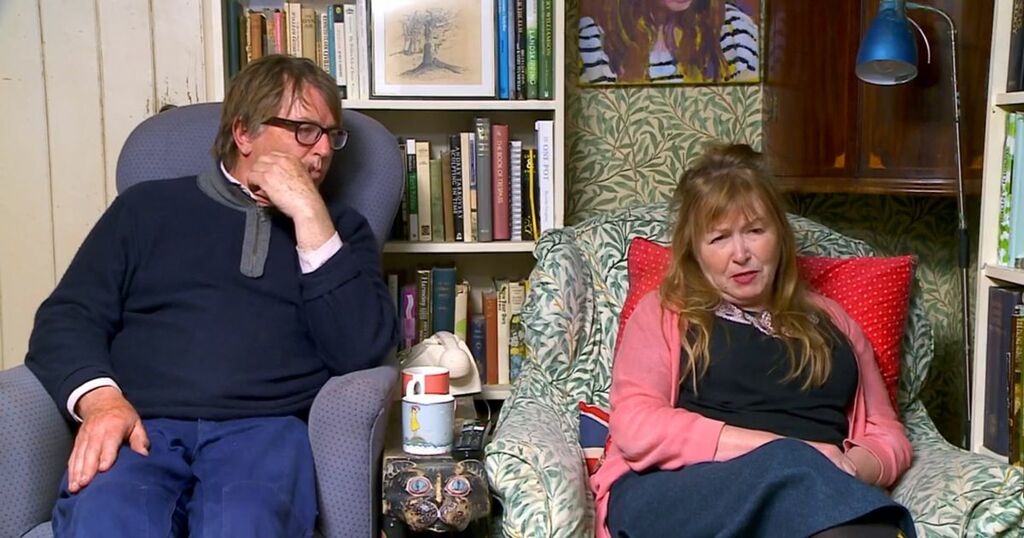 Ellie has not made an appearance on Gogglebox since as Nat remains in intensive care.

The couple appeared to be enjoying a date night

How old are the Gogglebox cast members? Exact age of every star from Jenny and Lee to the Malones

Gogglebox has been popular among Channel 4 viewers ever since it started in 2013 and was narrated by Caroline Aherne.

The show is currently airing it’s 19th series with stars including siblings Pete and Sophie Sandiford and best friend duo Lee and Jenny all tuning in to critique this weeks telly.

Caroline's Royal Family co-star Craig Cash took over as the narrator in 2016 after her tragic death from cancer. Gogglebox's popularity grew and it now has a number of spin-offs including Celebrity Gogglebox and Gogglesprogs.

Gogglebox recently added it's first Scottish family in the form of couple Roisin and Joe who live together in Glasgow.

However the cast is currently missing Leeds sisters Ellie and Izzi Warner as the pair pulled out of filming indefinitely after Ellie's boyfriend Nat as involved in a horrific accident and was left fighting for his life in hospital.

The rest of the cast have continued filming without the sisters. The Gogglebox cast varies in terms of age so here is a list of all their ages.

Best friends Jenny and Lee film Gogglebox in Lee's caravan in Hull. The two have provided some of the shows funniest moments and are adored by fans.

The friends met when Jenny was a landlady of a pub that Lee used to drink in and have been best mates ever since. Lee is 52 years old and Jenny is 65.

Ellie and Izzi joined the show in 2015 and are known for their love of food. Ellie is a 31-year-old hairdresser while Izzi is 29 and recently launched her own business and is a mum to children Bobby and Bessie-Rose.

Siblings Pete and Sophie are best known for their huge collection of mugs which regularly feature on the show. The film the show in Blackpool and are related to the Chuckle Brothers. Pete is 28 years old and his younger sister Sophie is 26.

The Malone family are among the longest-serving cast members of Gogglebox and fans love them. Their ages are currently unknown but they share the sofa with their rottweilers and children Vanessa and Shaun.

Welsh couple Dave and Shirley have been on Gogglebox since 2015 and film the show in their home in Caerphilly. Dave is a 65-year-old cleaner while Shirley - who is 66.

The Scottish couple are the newest additions to the Gogglebox cast who film on their sofa in Glasgow. Joe is 25-years-old and Roisin is 23.

County Durham couple Anna and Ken are also fairly new to the Gogglebox cast having joined the show in 2020. The pair have been happily married for over 50 years.

Not much is known about their age and employment but we can probably assume that they are retired.

Wiltshire couple Giles and Mary are fan favourites among viewers for their bickering and eccentric personalities.

Their age has not been revealed on the show, but the pair met when they were 21 and have been married for more than 30 years.

The Siddiqui family is made up of dad Sid and his sons Basit, Umar and Raza - who have all appeared on the show. Sid is 74, Bassit is a 35-year-old and Umar is 42.

Brothers Tremaine, Twaine and Tristan film the show in Bristol having joined back in series eight. Tristan is 31, Twaine is 35 and Tremaine hasn’t shared his age.

Best friends Abbie and Georgia have been on the show show since 2018. Georgia is a 22-year-old while Abbie is 21.

Alison and George joined the show in series 10, alongside their daughter Helena. Helena's young son Edwin occasionally appears on the show as well. Helena is 30 while her parents Alison and George's ages are unknown.

Amira originally joined the show back in series 10 with her friend Iqra however she now films the show with her sister Amani. The pair are based in North London. Their ages are currently unknown.

Brighton-based couple Stephen and Daniel share the sofa with their three poodles. Stephen is the only original Gogglebox cast member still on the show having previously appeared with ex-partner Chris. Stephen is 50-years-old while Daniel is 46.

South London couple Sue and Steve joined the show in 2019 for series 14 of Gogglebox. Sue is semi-retired, while Steve is a cab driver. They are both 65-years-old.

The Baggs family is made up of dad Terry, mum Lisa and their two sons Joe and George. They joined the series in 2019 but decided not to film in 2020 sparking rumours that they had been axed. Terry is 56, Lisa is 50 and sons Joe and George are 23 and 17-year-old.

Simon and Jane are siblings who film the show in North London. Simon was living with Jane but recently announced he was moving to a different neighbourhood. Their ages are currently unknown

Ronnie and Annie are a married couple who are based in South-East London. Their ages are unknown and they are recent additions to the show having joined in 2021.

Ellie has not made an appearance on Gogglebox since as Nat remains in intensive care.

The couple appeared to be enjoying a date night