Liverpool will be looking to make it a domestic final double when they take on Chelsea later today.

Having defeated the London side on penalties to lift the Carabao Cup back in February, Jurgen Klopp and Thomas Tuchel's teams will duel once more at Wembley Stadium with the prize of the world's most famous domestic cup competition up for grabs - the FA Cup.

The relevance of the FA Cup has been called into question in more recent years, with the increasing power of the Premier League and Champions League meaning that clubs have opted to place their focus on the most lucrative path when it comes to selecting their teams, with the FA Cup's lustre, it has been claimed, not being what it once was.

But for the thousands of Reds fans who will make the journey down to Wembley hoping to see their side lift what would be an eighth FA Cup, and for the players who have been a part of the journey and are 90 minutes away from potentially getting their hands on one of football's most famous pieces of silverware, it would be tough to make the case that the FA Cup doesn't mean what it once did.

Winning trophies is, ultimately, what football is all geared around. But with the sheer scale of the money on offer for success in the Premier League and Champions League it is no surprise that clubs have placed more focus on succeeding where the money lies. However, profit is for owners and trophies are for fans, and the value of what success in the FA Cup will mean to the supporters of whoever emerges victorious will far outweigh the value that is actually placed upon that success in monetary terms.

Money and success are linked, though. That is an inescapable fact. The deeper clubs go into competitions, be it domestically or in Europe, the more money arrives into club coffers, and that is money that might be going back out again when it comes to getting transfer business done during the summer.

On Liverpool's FA Cup journey so far they have beaten Shrewsbury Town, Cardiff City, Norwich City, Nottingham Forest and Manchester City. In terms of prize money they have so far accrued £1.6m, and if the Reds emerge victorious over Chelsea in the final they will add another £1.8m to that total to take it to £3.4m.

But it isn't just the prize money that is a money spinner for clubs. Gate receipts are split 45 per cent each for home and away teams during the competition, and with Liverpool bringing in around £3m per home game they would have made around £4.5m in matchday revenue from their three games at Anfield. Add to that a share of the revenues from the away game at Nottingham Forest and the visit to Wembley in the semi-finals then a conservative estimate on gate receipts accrued could be placed at around £6m plus.

Then there are TV fees. Aside from the third-round clash with Shrewsbury, all of Liverpool's games were chosen for live broadcast. The broadcast rights fees payable stand at around £650,000 combined. That takes the potential value of Liverpool getting all the way to the final, through prize money, TV money and gate receipts combined, to a figure in the region of £10m.

While such a sum might be dwarfed when compared against the potential £130m pot that exists in the Champions League for success and television rights, it is a sum that could aid some business in the summer, whether that is finding money for a contract renewal or a transfer fee, and for a club run in the manner of Liverpool under owners Fenway Sports Group, where operating a sustainable business model is key to success and continued growth, it would be most certainly welcomed. 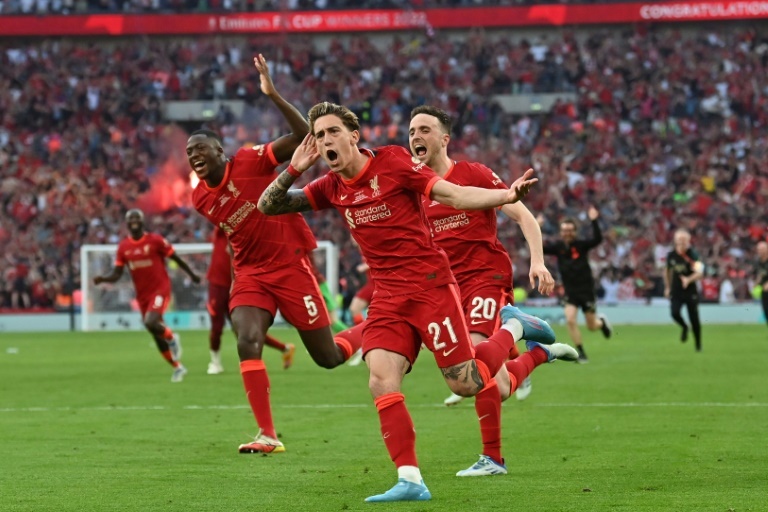