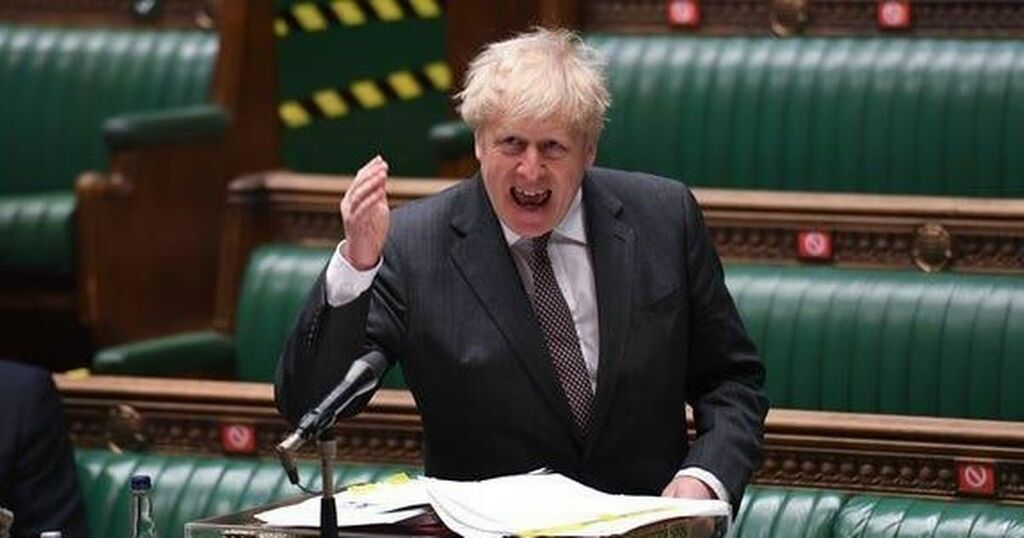 People across the Liverpool City Region will be forking out hundreds of pounds extra each year under Boris Johnson's controversial plan for social care.

The Prime Minister today confirmed his government will bring in a 1.25% National Insurance hike as part of his long-awaited plan to tackle the crisis in social care.

From April 2023, the rise will be charged at the same rate but will appear on payslips as a "Health and Social Care Levy".

It will also apply to workers who are over pension age from this point.

The move has been slammed as 'regressive' by many, who argue that the increase will fall hardest on young people and low earners.

Mr Johnson's proposal will see anyone with under £100,000 in savings receiving state help – with care completely funded by the state for those with less than £20,000.

There will also be a cap on care costs, so that no individual will have to pay more than £86,000 over their lifetime.

Much of the revenue raised from the 1.25% hike will initially be devoted to cutting waiting lists in the NHS, with social care receiving just £5.3bn of the £36bn expected to be raised over the next three years.

From 2023-24, once HM Revenue’s computer systems have been updated, the NICs increase will be rebadged as a health and social care levy, which will appear as a separate line on payslips.

What is National Insurance?

National Insurance is a tax on worker's earnings - it is paid by both employed and self-employed people who build up contributions through their working life, allowing them to qualify for pensions and certain other benefits.

You have to pay National Insurance if you’re 16 or over and either an employee earning above £184 a week, or self-employed and making a profit of £6,515 or more a year.

Under the current rules, once you reach state pension age, you no longer need to keep paying National Insurance.

So how much will the new increase cost you?

National Insurance is increasing by 1.25% - but to work out how much extra you’ll pay in real terms, it helps to know how much you’re paying now.

If you have an employer, or you're self-employed but work for an employer, you'll pay Class 1 National Insurance contributions.

The amount you pay on National Insurance is then worked out based on your on gross earnings, before tax or pension deductions, above certain thresholds.

As we've mentioned above, you don't pay National Insurance if you earn less than £184 per week, which is the equivalent to £9,568 each year.

Here is how National Insurance contributions will change with a 1.25% increase, according to figures from Hargreaves Lansdown:

The new plan will see the average worker in Liverpool paying more than £200 a year in additional taxes.

Criticisms of the plan

“A tax rise on young people, supermarket workers and nurses, a tax rise that means a landlord renting out dozens of properties won’t pay a penny more but the tenants working in full-time jobs would, a tax rise that places another burden on business just as they are trying to get back on their feet.

“Read my lips: the Tories can never again claim to be the part of low tax.”