Marta Kauffman remembers being bothered: Why were so many people picking on "Friends"?

Created by Kauffman and David Crane, the series about a group of close friends was an instant smash when it premiered in 1994, and thanks to syndication and streaming, it has remained one of TV's most popular shows since it left the air in 2004 after 10 seasons. Despite its success, though, the comedy was repeatedly criticized for its lack of diversity, with numerous observers wondering how the characters existed in a predominantly white environment even though the series was set in New York City.

Kauffman felt "Friends" was being unfairly singled out, claiming there was too much attention on the near-absence of Black people and other people of color: "It was difficult and frustrating."

But now, Kauffman says, she gets it.

In the last few years, Kauffman — who is also the co-creator of Netflix's recently concluded "Grace and Frankie," starring Jane Fonda and Lily Tomlin — has had a dramatic change of heart, and she now feels that the criticisms about "Friends" were fair.

The series' failure to be more inclusive, Kauffman says, was a symptom of her internalization of the systemic racism that plagues our society, which she came to see more clearly in the aftermath of the 2020 murder of George Floyd by Minneapolis police and the worldwide protest movement that erupted around it.

That reckoning was the catalyst for her decision to pledge $4 million to her alma mater, the Boston area's Brandeis University, to establish an endowed professorship in the school's African and African American studies department.

"I've learned a lot in the last 20 years," Kauffman said in a Zoom interview. "Admitting and accepting guilt is not easy. It's painful looking at yourself in the mirror. I'm embarrassed that I didn't know better 25 years ago. "

The Marta F. Kauffman '78 Professorship in African and African American Studies at the private research university will support a distinguished scholar with a concentration in the study of the peoples and cultures of Africa and the African diaspora. The gift will also assist the department to recruit more expert scholars and teachers, map long-term academic and research priorities and provide new opportunities for students to engage in interdisciplinary scholarship.

Since the announcement, Kauffman said, "I've gotten nothing but love. It's been amazing. It surprised me to some extent, because I didn't expect the news to go this wide. I've gotten a flood of emails and texts and posts that have been nothing but supportive. I've gotten a lot of 'It's about time.' Not in a mean way. It's just people acknowledging it was long overdue."

The news comes a little over a year after the cast of "Friends" — Jennifer Aniston, Courteney Cox, Lisa Kudrow, Matthew Perry, Matt LeBlanc and David Schwimmer — reunited for a highly anticipated special on HBO Max. Although the program delighted legions of fans who had been clamoring for a reunion almost as soon as the series concluded, it reignited the conversation about the way the beloved sitcom sidelined people of color during its original run.

With the exception of a few scattered performers glimpsed in the background of the Central Perk coffee shop where the gang hung out, nonwhite characters on "Friends" were scarce. Lauren Tom, Gabrielle Union, Mark Consuelos and Craig Robinson were among the people of color who appeared on the show, but their interactions with the main characters were often fleeting.

The most high-profile response to the criticism came in 2003 with the appearance of Aisha Tyler as a paleontology professor who worked with Ross (Schwimmer) and eventually dated him — after first dating Joey (LeBlanc). But even Tyler's character was gone after just nine episodes.

Producers at times would push back against the criticism, citing the electric chemistry of the main performers. But Schwimmer said in a 2020 interview that he felt it was "just wrong" that there was not broader cultural representation on the series. He added that he had pushed for Ross to date diverse women: "I really felt like Ross should date other people, women of all races."

"Friends: The Reunion" sidestepped the issue while simultaneously celebrating the show's diverse fan base in segments that included tributes from queer fans and fans of color, and featuring guests such as BTS, Malala Yousafzai and Mindy Kaling. Some viewers found the omission glaring.

At the time of the showing, Kauffman's perspective had already started to shift.

"It was after what happened to George Floyd that I began to wrestle with my having bought into systemic racism in ways I was never aware of," Kauffman said. "That was really the moment that I began to examine the ways I had participated. I knew then I needed to course-correct."

Discussing her reckoning at times has been difficult. She teared up during a panel at the 2020 ATX TV Festival as she discussed confronting her personal shortcomings.

And although there may have been an opportunity during the reunion special to address the issue, Kauffman said it didn't seem like the appropriate forum: "I don't know how the two were related. And I also don't know how we could have addressed it in that context of that reunion, going into all the things we did wrong. And there were others."

She was inspired to do something more meaningful. "In this case, I'm finally, literally putting my money where my mouth is."

Brandeis' African and African American studies department was established in 1969 and is one of the oldest such in the country. Its mission is to use a "breadth of interdisciplinary engagement" for the study of "peoples of African descent through the lens of history, literature, economics, art and sociology."

Chad Williams, the university's Samuel J. and Augusta Spector Professor of History and African and African American Studies, noted that the professorship will place Brandeis in a leadership role in the broader academic community and public sphere.

Williams said reaction to the pledge "has been pouring in."

"There is a lot of excitement in the Brandeis community and [among] alumni," he added. "It's an important milestone for the university and the department. Marta's gift is an extremely important message that African and African American studies is extremely important, not only to Brandeis but to the academic world broadly."

Asked whether she felt the pledge had helped undo missteps of the past, Kauffman insisted she was not finished.

"I feel I was finally able to make some difference in the conversation," Kauffman said. "I have to say, after agreeing to this and when I stopped sweating, it didn't unburden me, but it lifted me up. But until in my next production I can do it right, it isn't over. I want to make sure from now on in every production I do that I am conscious in hiring people of color and actively pursue young writers of color. I want to know I will act differently from now on. And then I will feel unburdened." 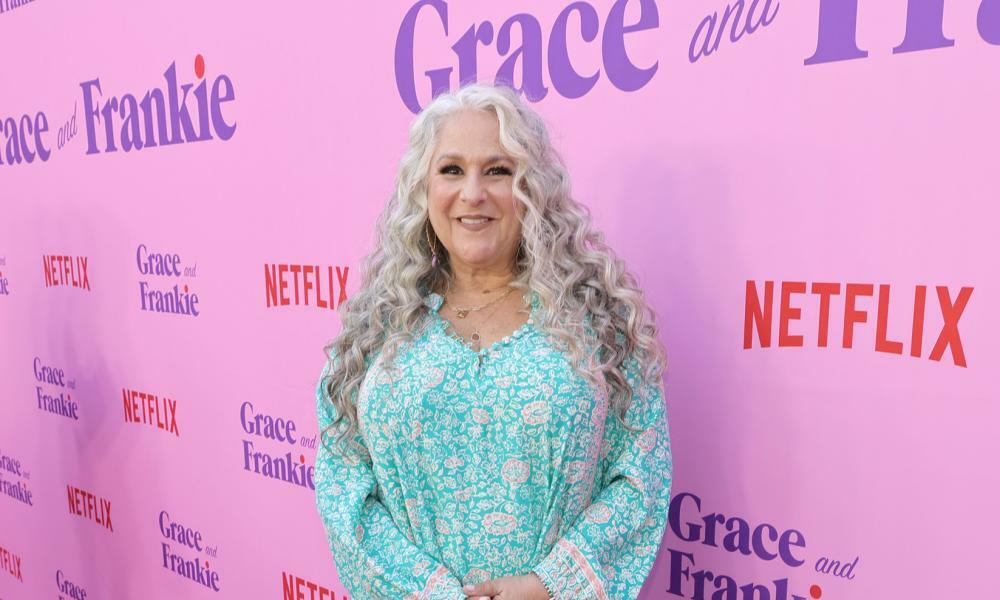