When John Richards was asked to climb into a bulldozer and clear the road for Jacobs Ladder in the early 1960s, he admits it was a daunting task.

"At the start, it was just a lot of rocks and a steep mountain," he recalls, adding that local road builder Roy Bugg marked the course out on rocks to show where the mountain needed to be cleared.

"Roy was adamant we could get up there and he knew what he was about. I was fairly pig-headed, I wouldn't have liked to say I couldn't get up there."

But the process proved to be slow going because of the large boulders on the intended path and the steep incline.

"We had a lot of other people there blasting the rock too so that we could move it," Mr Richards says.

"A lot of the rocks were too big to move with one machine and, if you did move them, they went right down to the bottom and wiped everything else out that you had already done, so they had to be broken up."

The road to the edge of the Ben Lomond plateau at 1,500m in the state's north east was government-funded, and the Northern Tasmanian Alpine Club, the most established ski club at the time, was the main driver of the process.

Mr Richards recalls that authorities remained reluctant to provide all the money in one payment though.

"They just allowed a bit of funding at a time. It took us a while to get up the Ladder — probably three or four attempts," he says.

The road was eventually finished by the end of 1964 and construction teams then carved a quick path to the growing ski village at the bottom of Ben Lomond.

"There wasn't any celebration when we got to the top," Mr Richards says.

"The next step was to get across to where the village is now across the plain.

"Once we got on top, we were probably a kilometre-and-a-half from where the village is, so we had to put that in too."

Jacobs Ladder was the long-standing idea of Bill Mitchell, a car wrecker by trade, who was one of the key figures in Ben Lomond's early development.

His suggested route was controversial because there was already an alternative hiking path onto the Ben Lomond plateau that was less steep.

But Mr Mitchell was a persuasive personality and pushed for the new route, not least because it was protected from the elements and its aspect faced north, allowing any ice on the road to melt.

In the decades before, most tourists would drive to Carr Villa at the bottom of the plateau and carry their skis and supplies 2 kilometres up the mountain.

David Harvey's book The Ben Lomond Story even tells the tale of how, on one occasion, a group of men carried two heavy metal frames for a rope tow up to the summit on their backs.

But as Tasmania's ski scene grew, it became clear that road access was imperative for the area to fulfil its tourism potential.

"I drove up there the first time in my Volvo; I made it approximately halfway then turned around and walked up," he says.

"The road was fairly dangerous without fences on either side, and when it was wet and full of snow and ice in patches, it was quite treacherous."

"We used to get people stuck quite regularly. In a lot of cases, running the buses, we didn't have time to stop and help them.

"We just pushed them across to the side of the road so we could get past and deliver people to the top of the mountain."

Jacobs Ladder can take scores of cars each day, although they are required to carry snow chains in the winter and four-wheel drives fare the best.

The road is still gravel, as that helps with traction, and stopping to take selfies is a no-go, even if the hairpins have been enlarged.

There's a parking spot at the top where visitors can pull over safely and take a photo back down the mountain.

For John Richards, seeing his handiwork intact nearly 60 years on is very satisfying.

"It's actually quite spectacular when you look at it from afar. It's beautiful scenery up there, it's well worth the trip up," he says.

Mr Einoder says while tourists do grumble about how hard Jacobs Ladder is to drive, the road's condition is now "very good".

"The road has been improved a lot. It is scary if you have not been there before because it is one of the steepest zig-zags in the world," he says.

"But the other thing worth remembering is that it is one of the only roads that goes within 500 metres of the top of a mountain." 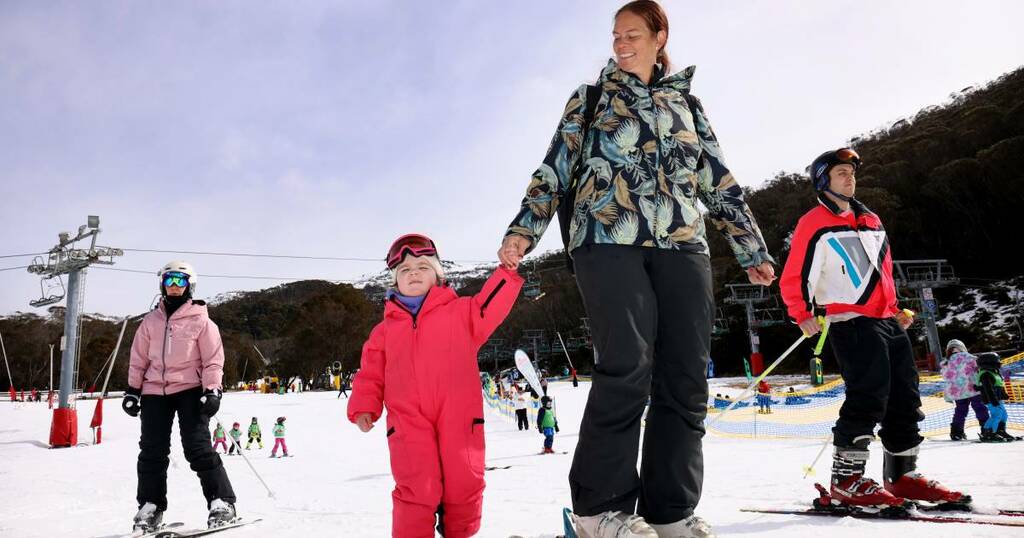 The Canberra Times
From analysis to the latest developments in health, read the most diverse news in one place.
Why West Sweden is Europe’s straight-A student for sustainability

Innovative eco-hotels, sustainable saunas, low-impact kayak tours and public transport perfection – this Swedish region is going all out when…

Irish Independent
The West’s most important water supply is drying up. Soon, life for 40 million people who depend on the Colorado River will change
PAGE, Ariz. — White sandstone cliffs create a ring around Lake Powell in contrast to the honey- and red-colored desert…

The Denver Post
One place to find news on any topic, from hundreds of sites.
Greater Manchester not expected to get full supply of monkeypox vaccine until September, say health bosses