‘How is it fair?’: relatives of social care users on the PM’s funding plan

By David Batty and Jedidajah Otte 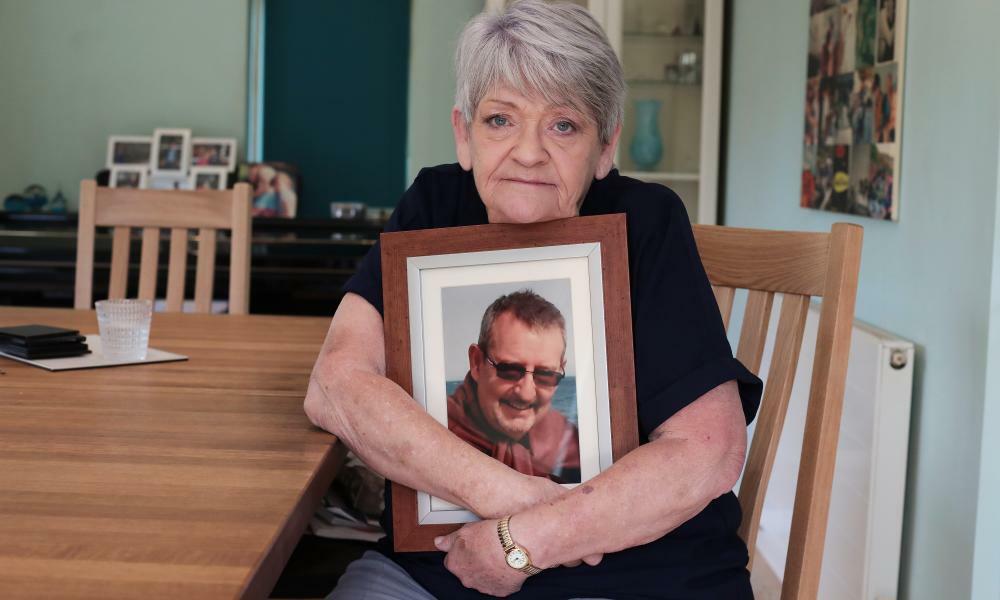 The prime minister, Boris Johnson, has announced plans to finance adult social care through tax changes. Under the proposals, individuals will pay a maximum of £86,000 towards their social care over their lifetime. Those with assets of between £20,000 and £100,000 will receive more means-tested support.

Three people share their views on the proposals, and speak about their own experiences of the social care system.

‘The state of care in this country is absolutely appalling’

For Susan Lowther, 72, from Wokingham, the reforms will come too late to address the financial hardship she and her husband, Andrew, suffered in the 10 years that he required care at home until his death in February 2020.

“He had Parkinson’s and Lewy body dementia. When you get care in your own home, they can’t take your house, but they can take into account your income, and any pension. I had to pay out £1,250 a month. I had to get permission from the council to get equity release because if my husband did go into a home, we’d have less money to cover [that cost] if we sold the house.

“I took out £85,000 and over 10 years we got through all of it. What we’re allowed to keep each week covers the gas, electricity, basic things. It doesn’t allow for if you need to buy clothes, if you need to buy incontinence pads because they didn’t provide the ones that worked with my husband.”

As a result, Lowther says, they got more and more into debt. “The local authority allowed £16.10 per hour for home care and the cheapest I could find was £18. In the end I was paying around £25 and covering the extra cost.”

The retired social worker says the constant struggle to maintain her husband’s care took a toll on their last years together. “I couldn’t just be his wife. It’s enough grief and strife without the constant fight with the social care system. It affects everybody in the family. My son gave up his business to help care for his dad.”

“The state of care in this country is absolutely appalling,” says Lowther, adding that she believes the government’s plans will not help people like her. “I’ve always been a Conservative. No more. My husband and I have always worked. We have a work ethic, but it gets you nowhere.”

‘It’s a postcode lottery. How is that fair?’

Esther, 68, a retired civil servant from Worcestershire, fears the government’s plans will further entrench inequality, with the proposed cost limit for individuals favouring those with more expensive homes in the south of England.

Her 96-year-old mother, who has dementia and already receives social care, will not be covered by the plans, which only protect the assets of those entering the social care system from October 2023.

“My mother is now suffering from vascular dementia,” she says. “She receives care in her own home. Her house isn’t a mansion, it’s a small semi, probably only worth £169,000. The government tend to look at these things as if we’re all living in London, with London wages and house prices. We’re in the West Midlands. This plan depends where you live. It’s a postcode lottery. How is that fair?

“But it’s not just about people having to lose their homes to pay for it. My mum has paid for her house that she and my dad bought but she’s also on pension credit, because she didn’t work after she got married, [like other women] in her generation, so she hasn’t got much of a pension at all.”

Esther believes the proposals also fail to address why some conditions like dementia fell under the social care system, meaning patients pay towards their care, while those with conditions such as heart disease and cancer received free care from the NHS.

“You see nurses going in and out of people’s homes without having to pay for it because the NHS [covers the cost of medical care]. Then my mother has to pay part towards what she can afford for the ladies to look after her three times a day and make sure she takes her medication and gets washed and dressed. [This plan] feels like a quick fix. They’re plastering over the cracks, instead of checking the foundations.”

‘People in the north will benefit the least’

Lynn Massey, 61, from near Hull, is alarmed by a number of aspects that will accompany the government’s social care funding overhaul.

Her father, 83, is in poor health, and would lose most of his assets if he were to go into care.

“I am angry that people with large assets, typically in the south, [where property prices can be higher] will benefit the most, while people in the north may benefit least. My father, who worked for 43 years as a lorry driver, lives in the north and has assets of about £100,000. If he has to go into care most of his estate will still be taken.

“My friend in the south of similar age has assets of 10 times that and will keep over 90% of their assets. Those with large pensions who don’t work will pay nothing extra.”

Massey says she has decided that she will try to care for her father herself. “He waited from April to August for an appointment with his GP and two urgent hospital appointments have been delayed. I have made the decision to let him live with us and look after him myself. I can only do that because my parents had me when they were in their twenties – I’m now in my sixties myself and have the time.

“Social care is in a dreadful state and I do think we need to pay more tax and tackle a great deal of intergenerational unfairness. But we should have a principle of proportionality: the actual care workers, largely on minimum wage, will now pay more so their [wealthier] elderly patients will be able to keep their assets.”