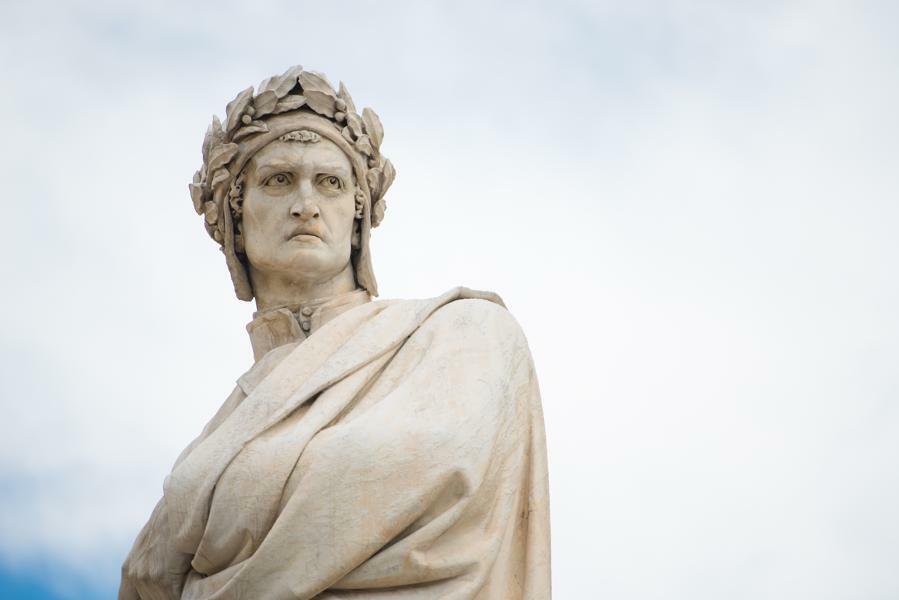 "All hope abandon, ye who enter in!" - Canto III of Dante's Inferno.

According to Christian tradition, the inner Earth is a place of eternal damnation. Italian poet Dante Alighieri (who died on this day 700 years ago) imagined an especially elaborate version of Hell in his Divine Comedy. He included in his description of the nine circles of Hell, with Lucifer residing in the lowest, real landscapes and geological events. According to geologist Marco Romano, in Dante's Inferno we find earthquakes, landslides, and even some types of rocks and minerals.

Dante imagined Hell like an inverted cone, with its circles gradually becoming smaller nearer to Earth's core. Each circle was dedicated to a sin and the sin's related punishment. This image is based on calculations of Greek philosophers, like Eratosthenes of Cyrene or Claudius Ptolemy, who argued that Earth is a sphere. Hell, as part of Earth, would have to be cone-shaped. Dante even gives an exact value of Earth's radius of 3,250 miles (it's actually 3,959 miles).

When entering Hell, Dante is guided by the shadow of the ancient Roman poet Publius Vergilius Maro, better known as Virgil. During his pilgrimage from Hell to Purgatory to Paradise, the way is obstructed by ruins, destroyed, as a demon reveals to Virgil, by an ancient earthquake and landslide:

"Like the ruins this side of Trento left by the landslide, an earthquake or erosion must have caused it, that hit the Adige on its left bank, when, form the mountain’s top where the slide began to the plain below, the shattered rocks slipped down, ... "

Here, Dante describes a 3,000 years old landslide in the Adige valley in the Italian Alps, even arguing that the cause of this ancient landslide was erosion or an earthquake. Dante may have visited this site, as he lived for a time in the nearby city of Verona.

It's curious to note that Dante didn't describe Hell filled by fire, even though Mount Etna and Vesuvius were regarded in ancient times as gates to Hell and both mountains seem to be filled by liquid fire. However, Etna is mentioned when referring to the island of Sicily, as a site with sulfur vapors. The Phlegethon and some minor rivers are described as rivers of boiling blood with "petrified" margins, like - so Dante writes - the hot springs of Bullicame near the city of Viterbo in the Lazio region.

There may be a simple explanation why Dante didn't include volcanoes more prominently in his work. Both Etna and Vesuvius were at the time relatively calm (Vesuvius erupted only in 1321-1323) and so may have been of no real interest to the poet.

But minor volcanic activity plays a role in the punishment of the sinners. In the third circle, the simonists (people who sold holy artifacts for profit) are driven upside down into the ground and "squeezed tightly in the fissures of the rock," as burning brimstone and sulfur rain from the sky.

The robbers are punished in the eight circle filled with poisonous snakes. Dante describes what he sees looking down into the pit:

"Within this cruel and bitterest abundance people ran terrified and naked, hopeless of finding hiding-holes or heliotrope. Their hands were tied behind their backs with serpents."

Heliotrope (a variety of chalcedony) was a gemstone much valued for its magical properties in ancient times, and one use was to protect from the venom of snakes. As the inscription above the gate to Hell promises, there is no hope for the sinners to find the gemstone here and escape their punishment.

After Hell, Dante finally reaches the mountainous landscape of Purgatory, leaving Hell behind:

"The climb had sapped my last strength when I cried: “Sweet Father, turn to me: unless you pause I shall be left here on the mountainside!”

The Divine Comedy is appreciated today as a masterpiece of world poetry, but it also offers a glimpse into what people believed about Earth in the 14th century.