How free is Ukraine of antisemitism? 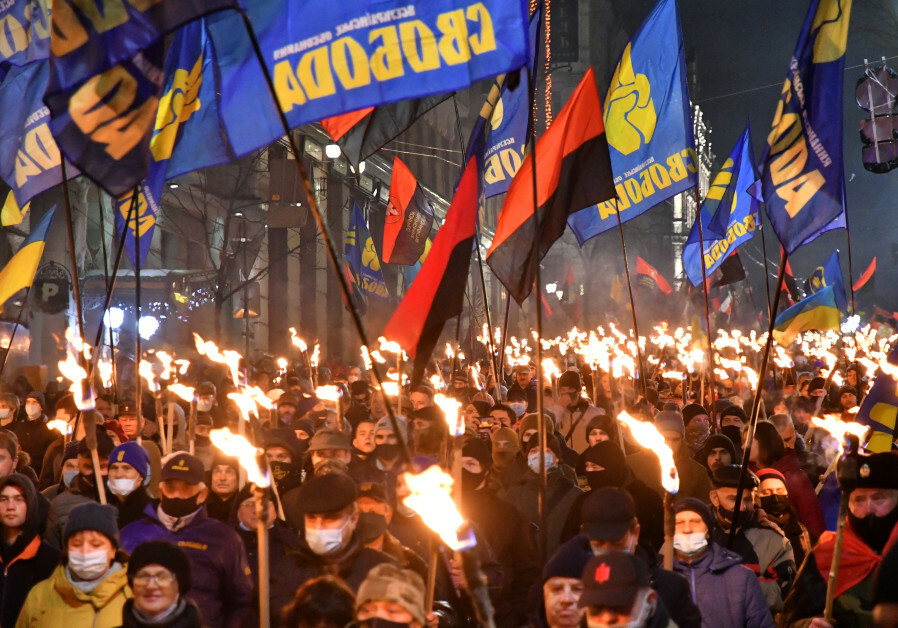 For Jews, Ukraine is historically linked to radical antisemitism. Bogdan Chmielniki killed more than 100,000 Jews in 1648. Symon Petlyura killed more than 35,000 in 1917-21. More than a thousand pogroms occurred in Ukraine during and after World War One. Stepan Bandera murdered 40,000 in Lviv as a Nazi collaborator in World War II.

While the Soviet Union condemned Petlyura and Bandera as traitors, the Orange Revolution has honored all three as great Ukrainian patriots. Petlyura’s assassination by Yiddish poet Sholom Schwartbard, and Bandera’s by the KGB, only enhances their claim to martyrdom for the motherland.

In Kyiv, Chmielniki sits proudly on horseback in a major plaza, sword at the ready; a highway across the River Dnieper honors Bandera while an annual rally celebrates his birthday on the much-celebrated New Year’s Day. For the 80th anniversary of Petlyura’s assassination a major Kyiv publishing House issued a 12-volume edition of his writings. An annual reading from his works has been established at Kyiv University since 1993.

And these are just the highlights of the new nationalism.

Yet Ukraine today boasts the lowest rate of antisemitic sentiment in eastern Europe and probably most of western Europe too. According to a Pew Research Center poll conducted in 2016, just 5% of those surveyed feel uncomfortable having Jews live among them; 83% of Ukrainians even have a favorable view of Jews.

With a Jewish president elected by more voters than any previous president, who can challenge that verdict? Cynics, however, may contend that every voter’s response to the election, and to the survey, is dictated by a fawning desire to win access to the EU.

In practice, there are unpleasant incidents but relatively little violence. This past Hanukkah, Chabad erected hanukkiot in several towns where Jews are believed to have a significant presence. Three were kicked over, two more than in 2020. One of them, in far west Uzhgorod where a few elderly Jews live, was tossed into the river Uzh.

In recent years a statue of Sholem Aleichem was daubed with a swastika, as was a memorial near Babyn Yar to the children murdered there. The sculptor Valery Medvedev has since immigrated to Israel.

It may be that Ukrainian antisemitism is no longer fueled by traditional Orthodox Christian hostility to Judaism, and the swastikas and hanukkiah-tippings can be attributed to a handful of neo-Nazis. But as Ukrainian nationalism intensifies in confrontation with Russia, many still seem to believe that at one point at least Nazi Germany was fighting on behalf of Ukraine against “Judeo-Bolshevism.”

Annual marches honoring the Waffen SS take place in Lviv and a similar march by 300 Waffen SS supporters even took place in Kyiv last April. In response, the Ukrainian Parliament passed a law in September banning antisemitism without specifying penalties.