How final round results will determine Wigan Warriors' play-off opponents 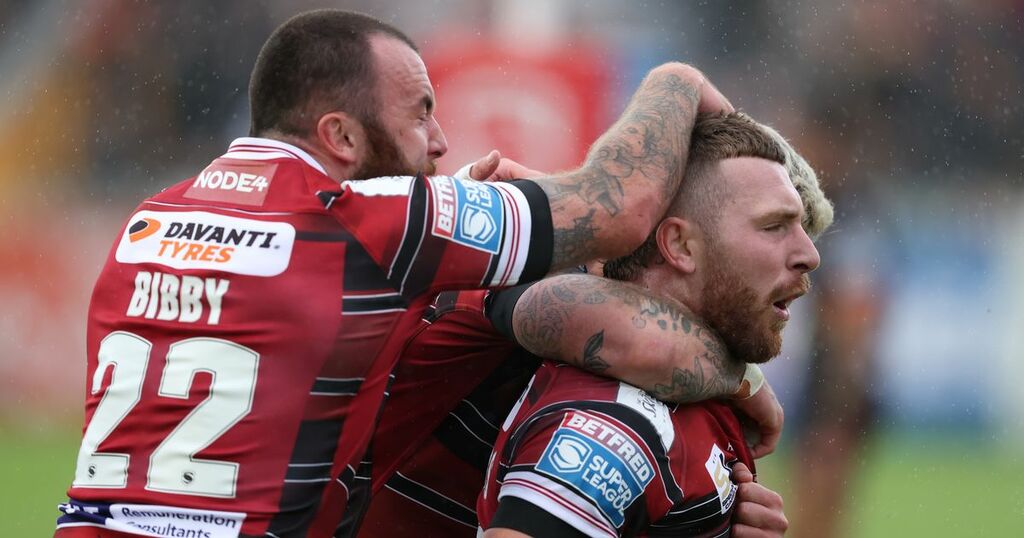 Wigan Warriors' eyes are now firmly fixed on the play-offs after securing their place in the top six.

Victory over Hull FC on Saturday ensured the Warriors will finish the regular season in fourth, which secured a home fixture in the first round of the play-offs.

Adrian Lam's side will host the side that finishes fifth, and that can be one of only two teams.

Ultimately, Wigan are certain to play the winner of Leeds Rhinos' clash with Hull KR on Friday night.

Despite both clubs scrapping it out with Castleford Tigers for the final two positions in the finals, only the Rhinos and Rovers can finish fifth.

That's because Castleford can only possibly end in sixth in what is an unusual quirk.

The Tigers are guaranteed sixth spot if they can defeat Warrington. That's because Hull KR and Leeds play each other, and one of those two teams will drop below Castleford's win percentage if they beat the Wolves. Given both Rovers and Leeds are already above them in the league, the winner of that game will, naturally, stay above the Tigers in fifth.

If Daryl Powell's side does win, it means the loser of the game at Headingley will miss the play-offs completely.

For the avoidance of doubt, Castleford would still finish sixth if Hull KR and Leeds drew. They would overtake the Rhinos by 0.09% if that was to happen.

Even if Castleford lose, the same applies in terms of Wigan's opposition. The Tigers will remain in seventh, meaning the other two make it.

However, Leeds will leapfrog the Robins into fifth if they can win the game.

Wigan's game is, effectively, a dead rubber. Catalans have already secured top spot and Wigan's position cannot be changed regardless of the outcome. They cannot catch up with third-placed Warrington while none of the chasing pack can overtake them.