How does poor air quality from bushfire smoke affect our health?

By Brian Oliver, Research Leader in Respiratory cellular and molecular biology at the Woolcock Institute of Medical Research and Senior Lecturer, School of Medical & Molecular Biosciences, University of Technology Sydney

New South Wales and Queensland are in the grip of a devastating bushfire emergency, which has tragically resulted in the loss of homes and lives.

But the smoke produced can affect many more people not immediately impacted by the fires – even people many kilometres from the fire. The smoke haze blanketing parts of NSW and Queensland has seen air quality indicators exceed national standards over recent days.

Studies have shown there is no safe level of air pollution, and as pollution levels increase, so too do the health risks. Air pollution caused nine million premature deaths globally in 2015. In many ways, airborne pollution is like cigarette smoking – causing respiratory disease, heart disease and stroke, lung infections, and even lung cancer.

However, these are long-term studies looking at what happens over a person’s life with prolonged exposure to air pollution. With bushfire-related air pollution, air quality is reduced for relatively short periods.

But it’s still worth exercising caution if you live in an affected area, particularly if you have an existing health condition that might put you at higher risk.

The exposure levels will vary widely from the site of the fire to 10 or 50 kilometres away from the source.

The national standard for clean air in Australia is less than 8 micrograms/m³ of ultrafine particles. This is among the lowest in the world, meaning the Australian government wants us to remain one of the least polluted countries there is.

8 micrograms/m³ refers to the weight of the particles in micrograms contained in one cubic meter of air. A typical grain of sand weighs 50 micrograms. When people talk about ultrafine particles the term PM, referring to particulate matter, is often used. The size of PM we worry the most about are the small particles of less than 2.5 micrometres which can penetrate deep into the lungs, called PM2.5.

We’re seeing a similar effect in Queensland. Today’s PM2.5 readings at Cannon Hill, a suburb close to central Brisbane, are 21.5 micrograms/m³, compared with 4.7 micrograms/m³ one month ago.

A number of health alerts were issued for areas across NSW and Queensland earlier this week.

While these numbers may seem alarming compared to the 8 microgram/m³ threshold, the recent air pollution in India’s New Delhi caused by crop burning reached levels of 900 micrograms/m³. So what we’re experiencing here pales in comparison.

Bushfire smoke and our health

However, this doesn’t mean the levels in NSW and Queensland are without danger. Historically, when there are bushfires, emergency department presentations for respiratory and heart conditions increase, showing people with these conditions are most at risk of experiencing adverse health effects.

Preliminary analysis of emergency department data shows hospitals in the mid-north coast of NSW, where fires were at their worst, have had 68 presentations to emergency departments for asthma or breathing problems over the last week. This is almost double the usual number.

Read more: After the firestorm: the health implications of returning to a bushfire zone

One study looked at the association between exposure to smoke events in Sydney and premature deaths, and found there was a 5% increase in mortality during bushfires from 1994 to 2007.

But it’s important to understand these deaths would have occurred in the people most vulnerable to the effects of smoke, such as people with pre-exsisiting lung and heart conditions, who tend to be older people.

For people who are otherwise healthy, the health risks are much lower.

But as the frequency of bushfires increases, many scientists in the field speculate these health effects may become more of a concern across the population.

How to protect yourself

If you’re in an affected area, it’s best to avoid smoke exposure where possible by staying indoors with the windows and doors closed and the air conditioner turned on.

If you are experiencing any unusual symptoms, such as shortness of breath or chest pain, or just do not feel well, you should speak to your health care professional and in an emergency, go to hospital.

Once the fires have been put out, depending upon the region, local weather conditions and the size of the fire, air quality can return to healthy levels within a few days.

In extreme situations, it might take weeks or months to return to normal. But we are fortunate to be living in a country with good air quality most of the time.

Brian Oliver receives funding from NH&MRC and the ARC. 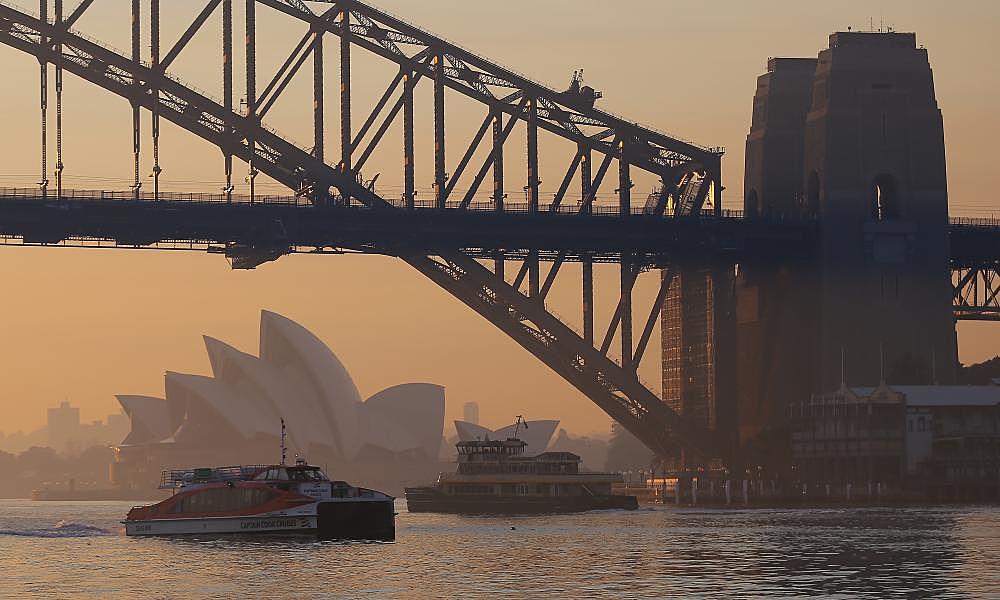 Weather experts said the national capital recorded a minimum temperature of 11.7 degrees Celsius, the season’s lowest so far, on…

Scientists and weather experts said that low wind speed will continue to impact the national capital’s air quality till Thursday,…

Air quality is hazardous in the region.

Newcastle Herald
One subscription that gives you access to news from hundreds of sites
Oz smoke plume to hit NZ tomorrow: What you need to know