'How did he do that?' Supernatural magician on Britain's Got Talent stuns judges and ITV viewers

Viewers have called a young sleight of hand magician who appeared on Britain's Got Talent "supernatural" as the judges were left in disbelief by his mind-boggling performance. 23-year-old Junwoo had travelled almost 20 hours from South Korea just for the audition, and told the judges that he decided to become a magician after watching clips of previous magicians on the show on YouTube.

He began his act by taking Alesha Dixon's sunglasses and making them disappear, before procuring a seemingly never-ending number of cards. He produced the cards spontaneously in a choreographed routine in time to popular hit 'Cake by the Ocean' by DNCE. The judges were left open-mouthed at the routine, which ended with him creating a box from the cards which held Alesha's sunglasses.

The seemingly impossible act earned Junwoo a standing ovation, with calls from the audience for him to be given the Golden Buzzer. David Walliams praised it as a "whole new way of presenting magic", while Amanda Holden called his sleight of hand "impeccable". Read all our Britain's Got Talent stories here.

"I think your are brilliant. Your stage presence is sensational," said Simon Cowell, adding that Junwoo was one of the best magicians they'd seen all year. Meanwhile Alesha commended the act as "slick" and "choreographed to perfection".

Viewers were similarly stunned by the performance. User @HansomeHobi wrote: "Coolest magician I've ever seen, like that was so slick??". Another viewer, @MyNamesHannahx, wrote: "Magicians on BGT make me question everything including the earths existence at this point, How do they do it"

User @antandecl wrote: "how do these magicians do it oh my god i swear junwoo was supernatural". You can sign up for our What's On newsletter here. 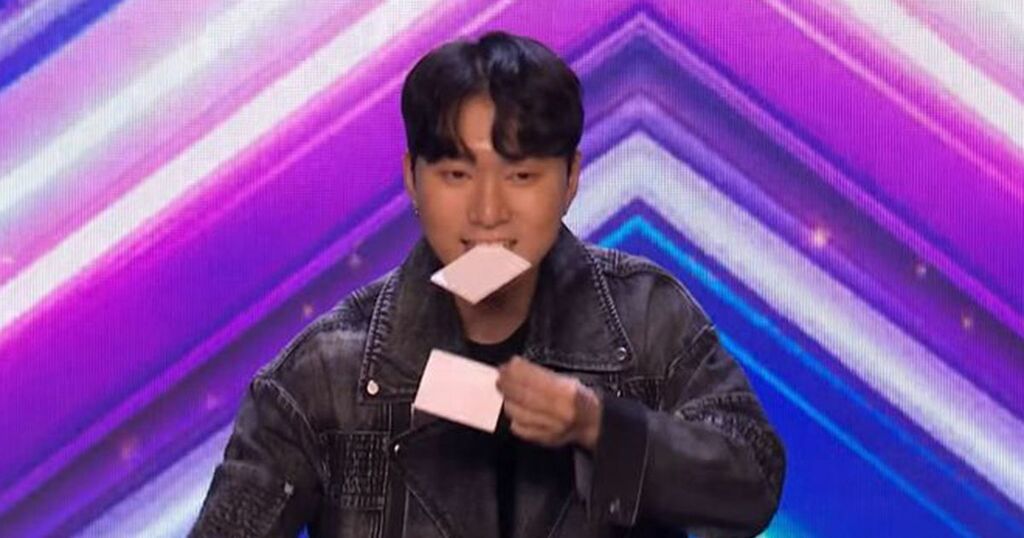