How coronavirus could upend the US election

In 2001, George W Bush urged Americans to go shopping. That was after the September 11 attacks. Donald Trump wants Americans to buy stocks on the bet that something bad will not happen: the spread of the coronavirus infections at home. His gamble could pay off.

But the US president is staking his credibility on something that is mostly beyond his control. Short of severing all links to the world, which would trigger a recession, the virus will almost certainly spread in the US, say the experts, including those who work for Mr Trump. At which point, who will he blame?

So far Mr Trump has avoided blaming anyone, including China. His priority is to keep the economy growing in the build-up to the November presidential election. Officials have been told to talk down the threat of the coronavirus.

If the virus nevertheless emerges, Mr Trump will lose twice over: first, it will damage US growth, and, second, because he will have forfeited trust in what he says about the disease. That sentiment could spread to those voters who usually give Mr Trump a pass. Building trust is a vital element of managing epidemics.

The virus’s political impact could be radically disruptive. Three effects are visible. The first is to remind voters that competence matters. Even hardcore libertarians accept that the state is critical in some areas — among them security and public health. It is unfortunate that the threat of the coronavirus has coincided with a loyalty drive across the US administration.

Mr Trump has entrusted John McEntee, a 29-year-old devotee, with the job of removing officials who have shown any sign of disloyalty. This includes the unelected bureaucrats who do things such as handle threats to public health.

Competence means following the science. Mr Trump has given the role of coronavirus tsar to Mike Pence, the US vice-president. Mr Pence has wrestled with scientific doubts all his life. Among the highlights are denying that smoking tobacco kills, declaring global warming a myth and presiding over an outbreak of HIV as Indiana’s governor by withholding free syringes.

Last year Mr Trump fired his homeland security co-ordinator and abolished the job for global health security. He has also proposed sharp cuts to the Centers for Disease Control and Prevention (CDC) and the World Health Organization. The upside to Mr Pence’s appointment is that Mr Trump could have chosen one of his offspring instead. The US president has spent years denigrating experts. Now that he needs them, we may be about to find out whether he meant it.

The second blow is to America’s openness. Mr Trump has long railed against globalism. That is increasingly echoed by many of his Democratic opponents. This week presidential hopeful Elizabeth Warren said the coronavirus exposed America’s vulnerability to global supply chains, particularly in China.

Rising suspicion about an interconnected world is also likely to benefit Bernie Sanders, the Democratic frontrunner. Joe Biden and Michael Bloomberg have stuck to a more conventional script. But the spirit of the times is running against them. A global pandemic could sharply tilt US politics against globalisation.

Should the virus hit the US hard, the fear will probably stoke an existing American contagion — the infodemic. So far, Mr Trump has quarantined his comments about the coronavirus from his general tendency to make stuff up. There is a thin line between complacency and panic. Mr Trump is close to the former. That would change if the coronavirus threatened his re-election. The outlines of how he might respond are already there.

On Wednesday Rush Limbaugh, the radio host to whom Mr Trump awarded the Medal of Freedom earlier this month, said the deep state was using the virus to undermine Mr Trump. He implied that Nancy Messonnier — the CDC’s leading epidemiologist and sister of former deputy attorney-general Rod Rosenstein — was part of a deep state plot to defeat Mr Trump.

Ms Messonnier said it was “not a question of if, but when” the virus would spread in America. Another scapegoat has been planted by Tom Cotton, the senator from Arkansas. He said that China might have engineered the virus in a super-laboratory in Wuhan.

Both stories are available should Mr Trump need them. They are familiar infodemic tools: demonising public servants and fear of foreigners. The good news is that Mr Trump has every incentive to prevent a scenario where he might be tempted to use them. The bad news is that experts think the coronavirus is coming anyway. 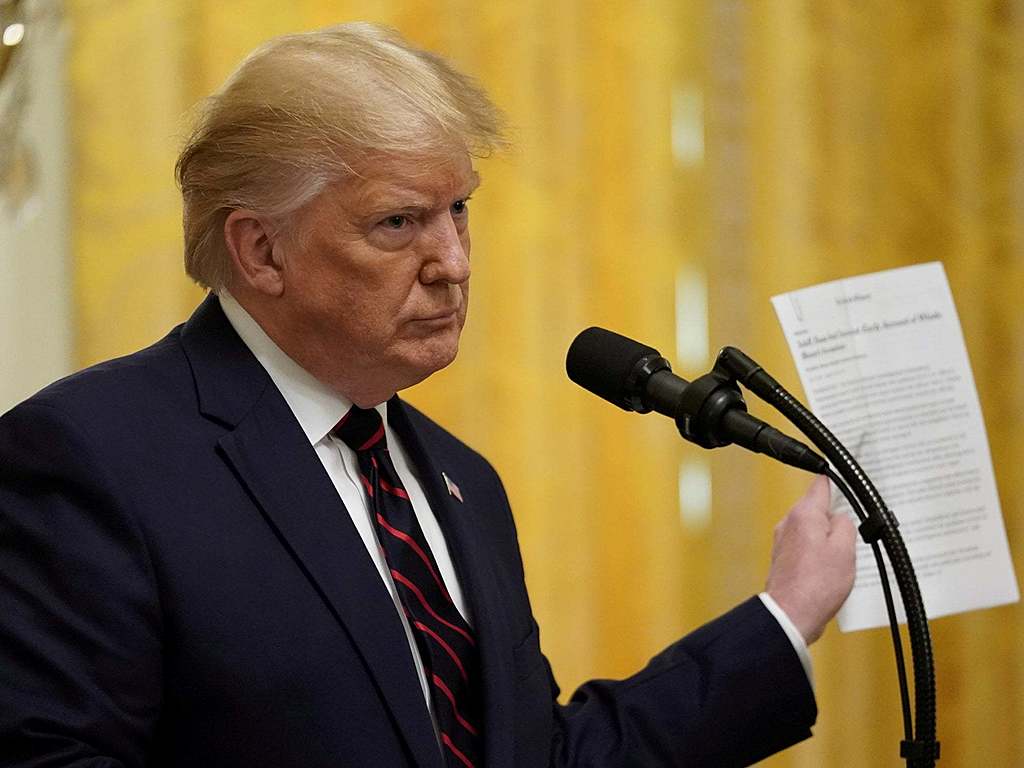 The Independent UK
One subscription that gives you access to news from hundreds of sites
The 2020 race could become the coronavirus election. Is America ready?
It's hard to run an election during a pandemic, let alone stay healthy.

Los Angeles Times
California coronavirus case could be first spread within US community, CDC says
LOS ANGELES _ The Centers for Disease Control and Prevention is investigating what could be the first case of novel…