How Chinese blackouts have rubbed off on Indian solar power 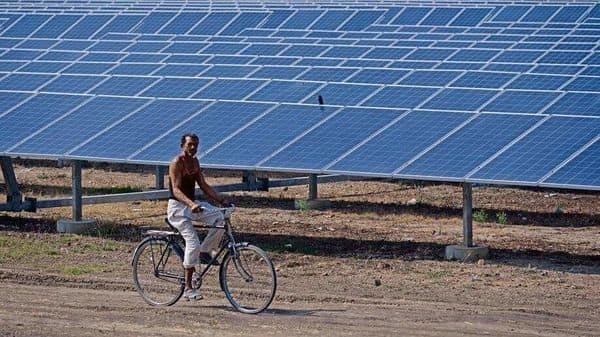 Two people aware of the development confirmed invocation of the force majeure clause, which enables a manufacturer to cite disruption from an unforeseen event, in this case power shortages, to justify the delay.

Trina Solar Ltd, one of China’s largest solar power equipment manufacturers, is among companies that have sent out such notices. “Trina Solar (Schweiz) AG hereby serve you a notice of force majeure event currently happening in China which is preventing us from manufacturing at full capacity," a notice shared by an executive at a large Indian solar power developer showed.

This assumes significance given that pending supplies to Indian developers till 31 March 2022 is around 5 gigawatt (GW). India is pulling out all stops to achieve a 100 GW solar installed capacity by 2022 as part of its 175 GW renewable energy target.

To check imports from China as part of its economic strategy, India has imposed a basic customs duty on imported solar cells, modules and inverters from 1 April next year. Also, the ministry of new and renewable energy has issued an order enforcing a list of approved solar PV models and module manufacturers for government-supported schemes, including projects from where distribution companies procure electricity for supply to their consumers.

“As you might be aware, China has imposed reduction of electricity usage in several provinces including where some of our production sites and component suppliers are located. This will also have an impact on Trina’s factories located outside China," the force majeure notice said.

“With shipping lines being disrupted, freight rates having quadrupled, and unavailability of containers, and now these force majeure notices, have led to the perfect storm. The situation is bad," the chief executive officer of an Indian firm said on condition of anonymity.

Queries emailed to the spokespersons of Jinko Solar, ET Solar, Chint Solar, and GCL-Poly Energy Holdings Ltd on Sunday remained unanswered till the time of going to press.

This comes when Mukesh Ambani controlled Reliance Industries Ltd, Adani Group, and US-based First Solar are among 19 firms that have bid for setting up solar manufacturing units under the government’s ambitious ₹4,500 crore production linked incentive (PLI) scheme. The scheme is expected to add 10 GW capacity of integrated solar PV manufacturing plants and bring direct investment of around ₹17,200 crore. Along with leveraging its growing green energy market to boost manufacturing, India also aims to play a larger role in global supply chains.

“Unfortunately, at this very moment there is no detailed information available but we deemed necessary to inform you, as soon as we could, about possible disruptions that will affect the deliveries in the coming months," the force majeure notice cited above said.

China’s power shortage also comes at a time when coal stocks are running perilously low at India’s thermal power plants, as power demand soars and fuel supplies are unable to meet growing demand. Heavy rain impacted coal production and dispatch, as well as the surge in power demand because of a recovering economy, have reduced coal stocks. Consumption of domestic coal has also soared after costlier imported coal depressed generation from coastal projects, and generation from other fuel sources fell.