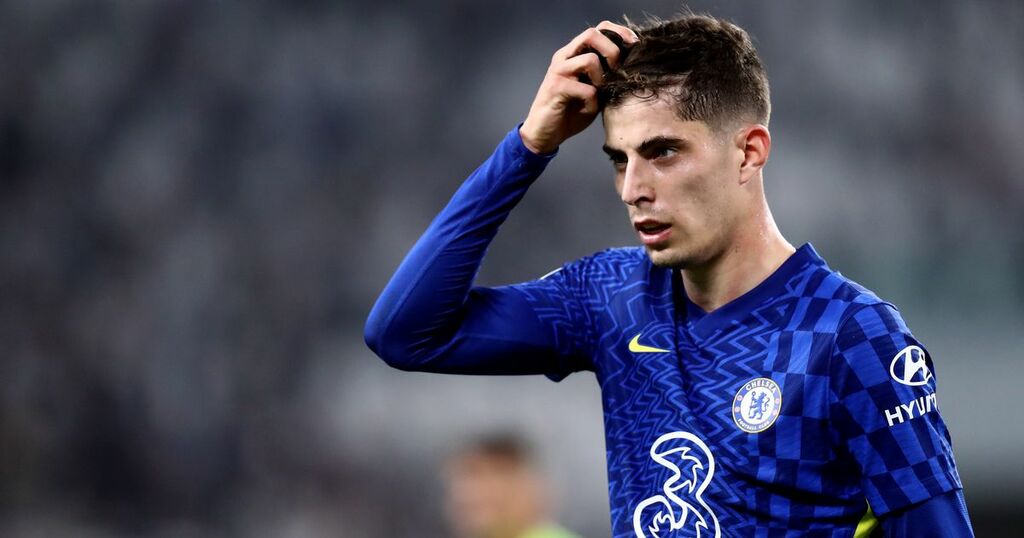 There was something different about Kai Havertz when he returned to Chelsea this summer, at least in the eyes of Thomas Tuchel.

Fresh off scoring the goal that secured a second Champions League triumph for the Blues and after impressing in a poor Germany side at Euro 2020, Tuchel sensed a change of attitude from the 22-year-old.

"I found him very strong when he came back," the Chelsea head coach explained last month. "I was pleased with his attitude to training and the pre-season matches very early in the season.

"I felt him very self-confident after his end to the season and after he was very decisive in the Champions League. He didn’t lean back on that and take it [his starting place] as a given after he has made an impact.

"He is fighting hard with a different attitude and self-confidence; if he misses in training, he still takes the next shot with full belief. He is also using his body to play physically in training.

"These are little details where I could see that he is in a good place. He pushes himself and he wants to continue to get better and have another impact and another impact."

Havertz's first season at Chelsea wasn't easy. He felt pressure to deliver after being signed for £71million from Bayer Leverkusen, struggling at times with the expectations that come with playing for a club at the very top of European football.

He told Suddeutsche Zeitung this summer: “People expect you to be the new Cristiano Ronaldo, but it doesn't happen so fast. Everything was new and at first, I wasn't really playing the best football."

Injuries and a spell on the sidelines due to Covid-19 didn't help Havertz's adaptation. Yet, as Tuchel highlighted, he ended the campaign strongly and his Champions League final winner gave the German a sense of acceptance, that what had been before wouldn't be held against him.

As he famously told BT Sport reporter Des Kelly when asked if he had justified his price tag that night in Porto: “Right now I couldn’t give a [expletive] about that. We just won the [expletive] Champions League.”

With his place in Chelsea history secured and after a season to adjust to the rigours of English football, there was a belief among many that Havertz would blossom into the bonafide star of the Blues side. Yet seven games into the Premier League campaign, the attacker finds himself out of the starting XI.

The reason why is simple: Havertz hasn't stepped up. He was given ample opportunity during the opening matches of the campaign but a return of one goal and one assist in nine matches simply wasn't good enough for a player of his quality.

"We always try to do our best to get the players in the best shape but at some point, after a lot of chances, we have to admit that Kai and Hakim [Ziyech] are not in their very best shape," Tuchel explained after Saturday's 3-1 victory over Southampton.

"That may not even be their fault it's just like this at the moment. They struggle at the moment to be decisive. But we had a period after pre-season when Kai and Hakim were very decisive for us.

"Hakim was a key player throughout our preparation and in his first game against Villarreal in the Super Cup. Kai also delivered the assist for Hakim's goal.

"They have maybe lost a bit of belief, confidence, whatever. We will not stop trying to boost them. Nobody is angry at them and nobody has major concerns, but we have to pay attention to the actual form."

In this respect, the international break may have come at an ideal moment for Havertz. Integral to Hansi Flick's Germany side, he will be given game time in the World Cup qualifiers against Romania and North Macedonia. And with those minutes comes an opportunity to kickstart form and rebuild confidence.

Make no mistake, Chelsea need Havertz at his best in the weeks and months ahead. He showcased at the end of last season how effective his elegance can be, proved that he can decide the biggest games and thrive on the most high-profile of stages.

Tuchel will hope a strong international break helps Havertz rediscover the self-belief he displayed on his return to Chelsea for pre-season. The German is a difference-maker, is a match-winner. You just feel he needs to believe that.