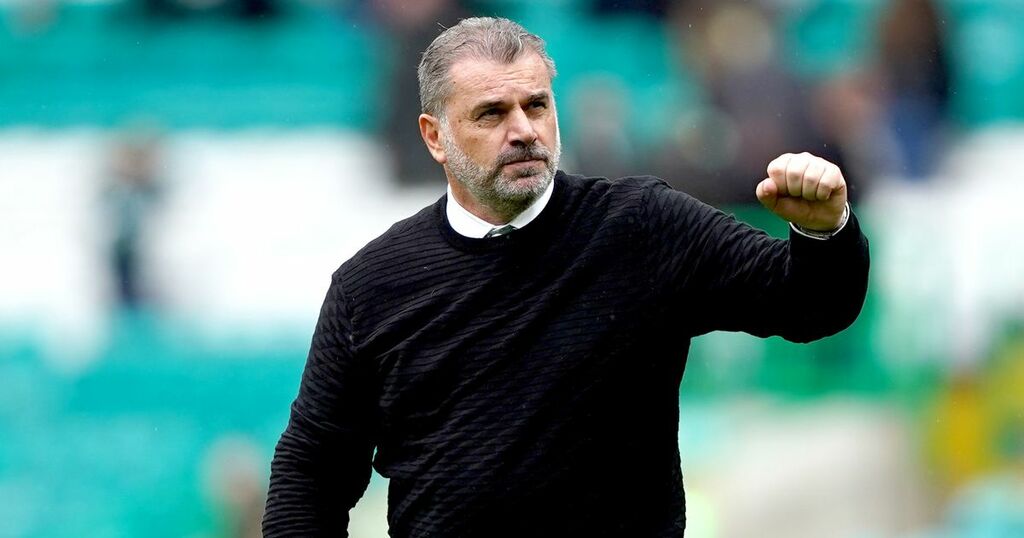 Ange Postecoglou performed such a rapid rebuild at Celtic over the summer the boss could be in the frame to replace Nick Knowles on DIY SOS.

The Greek Aussie has overseen a colossal turnover of players in the past few weeks with 12 new faces coming in and even more going out in a franic spell that needed new foundations as well as emergency repairs.

Celtic’s squad is almost unrecognisable these days from the end of last term but there’s one change Postecoglou is delighted to see when he surveys the scene.

The manager knows everyone in his group is now pulling in the one direction – and have their minds on the shared project.

There are no more players eyeing moves, no distractions from speculation or worries about new contracts.

Losing Odsonne Edouard and Ryan Christie was a blow. But everyone who comes through the gates of Lennoxtown wants to be part of Postecoglou’s grand plan and the manager admitted he’s thrilled to be back from the international break and getting stuck in to the next phase of his Hoops renovation.

He said: “It does change the dynamic. I wouldn’t say there were people here who didn’t want to be here, I would just say there was uncertainty and wherever there is uncertainty it doesn’t help in trying to build something.

“I’m trying to talk to the group about the future and what we’re building and where we’re heading, and if there’s uncertainty about whether people are going to be a part of that ... It’s something that affects the players themselves who might be thinking that way about their own futures, or they might not be sure on what the club’s stance on their future would be.

“Having gone through the window now, the players kind of know, ‘right ok, here we are, we’re all in this building and we’re moving together’.

“That helps just moving forward to accelerate those things.

“I never sensed the ones who left didn’t want to be here. While they were here, they gave everything they could. But when there is uncertainty it’s hard to be committed to something beyond what’s in front of you on that day.”

Postecoglou knew there had to be changes. But he admitted he’s been taken aback by just how much work was needing done.

He said: “Here it was quite evident to whoever was coming on there was going to have to be a fairly big turnover of players.

“I think by the end of the window we’d brought in 12 which is probably too many in one window but it had to be done.

“There was a realisation the team had sort of come to the end of the cycle and a new cycle needed to begin.”

Postecoglou spread his net far and wide for the new recruits and admitted he likes the new-look global Celts, even if it does leave him feeling a tad nervous when they all jet around the planet on international duty.

He said: “It’s just the nature of football these days. It’s also how a club like ourselves obviously look to bring in the best talent and sometimes that means looking at areas beyond where other clubs look.

“We have to be smart about these things. I see it as a positive as you are mixing the best here with something different, which helps the group grow as players and even as people, as you’re mixing with different people from different cultures and backgrounds.”

The arrivals still need to become part of the team and Postecoglou reckons skipper Callum McGregor has been influential in bringing the group together.

He said: “Cal has been fantastic. It’s been a real challenge for him because he’s not only new to the role, he’s inheriting a whole new group of players.

“It’s not like he’s inheriting the role and there’s a settled group who know how things go at the club. He’s putting his own stamp on it, which is great and the players are responding to that.

“Others have stepped up as well, guys who have been here for a while, like Nir Bitton and Tommy Rogic, the ones who have lived this experience and seen an opportunity for leadership in different ways.

“Even some of the new guys – like Joe Hart – understand this is not just one person trying to create a culture. It’s about all of them contributing to the kind of environment they want in the dressing room and on the field.

“There’s a nice freshness about it and they’ll shape in in the way they want in relation to their personalities.”

Postecoglou is excited about getting back to business after the break. The loss of Kyogo is a blow but the manager has finally had time to catch his breath after a breakneck start and now he’s ready to return against Ross County today.

He said: “It’s fair to say that from the moment I arrived there’s been a fair bit going on, so just to be able to sit back and reflect on what we’ve done so far was good.

“Our football kind of progressed through that period, which for me was promising.

“The basics of the way we want to play our football were beginning to filter through to the whole group. I could sense we had started sowing those seeds.

“The flip side was that I was disappointed we didn’t get through in the Champions League and we lost a couple of games in the league, so that stokes the fire in your belly as well.”