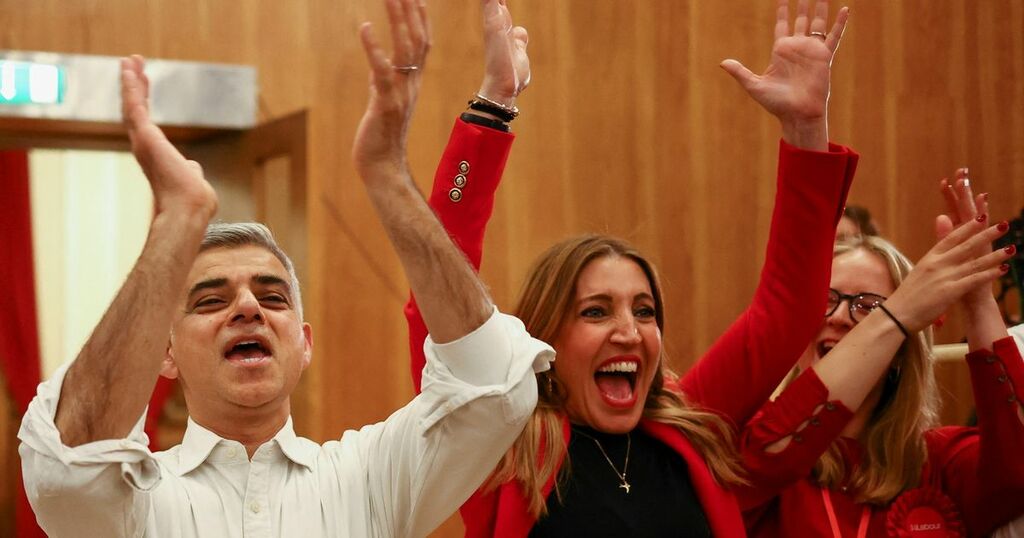 Voting for local councils across the country will be an important barometer for the next national elections.

The Guardian - UK
UK local elections 2022: Boris Johnson’s Tories take a hit in London and other key results so far

Voters went to the polls on Thursday in 200 local authorities across Britain.

Lebanese election sees significant gains for independent non-sectarian politicians
Lebanese voters are signalling a desire for change, with Hezbollah and its allies losing ground across the country in a…

The Conversation
Read news from The Economist, FT, Bloomberg and more, with one subscription
Learn More
Governance for the National Disability Investment System

InnovationAus
Why families fight over inheritances – and how to avoid it

Inheritance gone wrong is a popular theme in fiction. In the recent German miniseries The Funeral, the one-sided will of…

The Conversation
From analysis to good news, read the world’s best news in one place
The UK government wants to crack down on knife crime – research can tell us why young people start carrying weapons

How Boris Johnson’s Conservatives lost their grip on London

In marginal Croydon, a group of weary Conservative activists were trying to drum up voters in the London council elections in the dying hours of polling day when they bumped into a group of Labour campaigners, who said: “We’ve sent our thank-you letters to Boris.”

On the other side of the capital, a few hours later, as the counting got under way, a Labour candidate in a no-hope area was woken in the middle of the night and sped urgently to the count in a taxi when unexpected victory loomed.

“Not a shred of work was done in the ward,” a Labour insider admitted of the shock result in Hampstead Town, which has never before returned a Labour councillor.

Across London, Labour turfed out the Conservatives in strongholds Wandsworth, Westminster and Barnet, while the Tories failed to make hoped-for inroads in Sutton.

The result was described as “catastrophic” by Gavin Barwell, a former London Tory MP and chief of staff to Theresa May.

“I don’t really think that – even privately – the most ardent Labourite would argue Wandsworth and Westminster were failing councils. Voters clearly felt they were efficient,” he said.

“They were held in 1990 through the poll tax row, in 1994 during the depth of John Major’s unpopularity, in 2014 all through the austerity agenda, in 2018 despite the Brexit turmoil. They withstood all those moments when the Conservative party was struggling.

Tory campaigners in the flagship two seats, which boasted the country’s lowest council tax, had been nervous in the run-up to polling day. Some badged themselves as “local Conservatives” and told frustrated voters that “it isn’t Boris [Johnson] on the ballot paper” as they grappled to dissuade disaffected members from staying at home or switching party.

But their efforts were not enough, in part, some believe, because the prime minister’s “levelling up” agenda had alienated some outside the northern “red wall”.

Justine Greening, a former cabinet minister and ex-Tory MP for Putney, said: “I just feel that this sense of constantly saying to people in London and the south-east that their lives are fine makes people think: ‘Why would I bother voting for you?’”

Greening conceded that “some people saw the Conservatives in government as the problem,” but said: “They don’t yet see Labour as the solution.”

While some results were undoubtedly driven by local issues – low traffic neighbourhoods, council tax and the quality of services provided – Labour will view its gains as having symbolic importance, coming at roughly midway through the government’s administration.

Winning Barnet, which has a large Jewish population, was viewed as a significant endorsement of Keir Starmer’s pledge to stamp out antisemitism in Labour. Local party figures also credited their campaign to improve the council, but admitted the current Labour leadership had really just “restored things to their natural order”.

In 2018, canvassers recounted tearful conversations with Jewish voters, but this time many reported that those same people now felt able to back Labour. But one activist admitted there was still some distrust: “Sadly we’ve got ‘long Corbyn’ – in the Jewish community more so than any other community.”

Campaigners hope that by fielding more Jewish candidates – including a rabbi in Haringey – they will be able to win over those still unconvinced at the next general election.

Ben Trow, an actor in Barnet, said he was a lifelong Green party supporter but voted tactically for the first time in his life: “For the first time, I saw that Labour really had a chance of winning this area, and I had to go for that.”

Tass Czechowski, who is retired and lives in the same borough, said: “This government is a disaster, from potholes in the road to Partygate in Downing Street. It’s a shame to punish local councillors over what’s happening in the House of Commons, but this lot are so appalling that we just have to try to get them out through any and every means we have.”

In formerly true blue Westminster council, the Marble Arch mound played a significant part in Labour’s victory – with the Tories’ careful public spending promises countered with arguments that the £6m cost was a waste of taxpayers’ money.

Jacqui Gough, a former flight attendant, said: “Locally, the Conservatives have been quite good – they’ve cleaned up the canal and the rates have been very reasonable. I was thinking this morning that I bet they will go up, but we can afford to pay. And we should spend more on services.”

Across the river in Wandsworth, events planner Lucy Tetley said she backed the Tories locally for having “always done a great job keeping our council tax low”. She blamed Johnson for the party losing Wandsworth, saying: “I think it’s a great shame. I think people have let anger about Boris Johnson and Covid cloud their judgment.”

Labour’s successes are also partly due to the city’s changing demographic. “The results in London are the end of a 30-year drift rather than an overnight collapse,” said Will Tanner, a director of thinktank Onward and former adviser to Theresa May.

He added: “The Conservatives have fallen back there at successive elections since the mid-2000s, and have never held a smaller share of London constituencies while being in government than they do now.

“So while of course it matters that citadels of low tax conservatism like Wandsworth and Westminster are no longer blue, it isn’t a shock, and the more material results are outside the capital.”

The wins for Labour in Southampton and Cumberland have bolstered some party members’ hopes, but a failure to inflict more damaging defeats in the “red wall” and Midlands may encourage Tory MPs not to depose Johnson, given that it remains unclear if he is as much of an electoral liability outside London.

A Tory MP in the home counties dismissed the Conservatives’ losses in London, saying the capital was “an electoral bubble that wasn’t with us when we won an 80[-seat] majority. The rest of the country is the barometer on where we really stand, not London.”

But for Barwell, the areas lost in London still present a threat to the parliamentary seats in them held by Conservative MPs there.

“They are part of the Commons majority of 80 that, if you carry on this way, are going to become more vulnerable,” he said. “Everyone tries to pretend London is different. But if the party is struggling in London, there are going to be other places in the country it will struggle too.”

Voting for local councils across the country will be an important barometer for the next national elections.

The Guardian - UK
UK local elections 2022: Boris Johnson’s Tories take a hit in London and other key results so far

Voters went to the polls on Thursday in 200 local authorities across Britain.