Q: What is the real risk of public toilet seats?

A: If you spend enough time outside your home, human physiology dictates that you will eventually need to use a public restroom. And as with any shared space, chances are that it will be filled with germs. But what risks, if any, do communal lavatories pose to public health?

“There are some health risks associated with public bathrooms,” said Erica Donner, a professor of environmental science at the University of South Australia. The size of the risk depends on many things, including how often the restroom is cleaned and how well-ventilated it is, she said. But you can also take simple steps to protect yourself, said Donner, a co-author of a recent review of studies on infectious disease transmission in public restrooms.

Health officials have traced the spread of certain disease-causing viruses and bacteria back to public restrooms, including norovirus in workplace, airplane and cruise ship bathrooms; salmonella in dorm toilets; and hepatitis A in elementary school restrooms. Plenty of research has also documented the presence of pathogenic microbes on toilets and other surfaces in public restrooms, as Donner’s recent article summarized.

Most of these pathogens find their way onto bathroom surfaces via the toilet bowl, because feces and even urine can contain many bacteria and viruses, said Charles Gerba, a professor of microbiology at the University of Arizona. Flushing the toilet then disperses the tiny microbes in an aerosolized plume, which can reach 5 feet into the air and remain suspended for an hour or more before settling on surrounding surfaces, studies show. “All public toilets really get contaminated to some degree just because of the flushing action of the toilet,” Gerba said.

But sitting on a contaminated toilet seat and picking up a bit of virus or bacteria on the skin of your backside will not necessarily make you sick; most of these pathogens are not “butt-borne diseases,” as Gerba put it.

An exception may be skin infections, particularly those caused by methicillin-resistant Staphylococcus aureus, or MRSA, a type of bacteria that is resistant to several antibiotics and hence is tricky to treat. MRSA has been detected on public toilets and “can be transmitted from the skin to a surface to another person’s skin,” Gerba said. It’s not well documented how often this happens, but cleaning a public toilet seat with a disinfecting wipe before using it would minimize your risk, he said. (Just make sure to dispose of the wipe into the trash, not into the toilet bowl.)

He also agreed with Dr. Ina Park, an associate professor of family community medicine at the University of California, San Francisco, who said the risk of MRSA may be “a reason to use a toilet seat cover if it’s available, especially if you have any broken skin that might come into contact with the toilet seat.” But, “in general,” she added, “the risk is low.” And MRSA has been found on many other public surfaces, including on ATM keypads, elevator buttons, locker handles and beach sand, as well as in buses and hotel rooms, so this risk is not unique to toilets.

Toilet seat covers also do not offer foolproof protection; they can be contaminated from previous toilet plumes or stall occupants, Donner said, and sometimes they are not available. In this case, is it better to hover over the toilet seat to avoid direct contact? “If you have strong muscles, by all means hover, but only if you have good aim,” she said. “You may accidentally create a mess and increase the risk to others.”

More important than whether you use a cover, or sit or hover, is how well you clean your hands after using the bathroom, Donner said. Thanks to the toilet plume effect and the use of hand air dryers, which she said can spread germs from wet hands or nearby open trash cans as far as 10 feet, any surface in a public restroom — flush handles, stall latches, sink taps and exit doors, for example — can be contaminated. And the most common route of infection is “the charmingly termed ‘fecal-oral route,’ ” which occurs when pathogens from an infected person’s feces get into your mouth after “touching contaminated surfaces and then touching your face,” Donner said.

For hand washing to be effective, the Centers for Disease Control and Prevention recommends wetting your hands with clean water, scrubbing with soap for at least 20 seconds, rinsing and then drying them. But most people do not wash their hands for long enough, and public restrooms are often out of soap and paper towels. It is sometimes also difficult to wash well, like in airplane lavatories with their tiny sinks and trickles of water, and hard to avoid touching a surface afterward, Gerba said. After all public restroom visits, “the best option is to wash your hands, and then use a hand sanitizer on the way out,” he said.

Other tips to keep in mind: If you bring a bag or purse into a public restroom, avoid putting it on the floor, which is one of the dirtiest surfaces in a bathroom, Gerba said. Keep your phone stowed away to avoid contaminating it, and try to avoid touching surfaces as much as you can, Donner recommended. Also consider closing the toilet lid before you flush as a public health measure and a kindness to others; this step reduces the toilet plume significantly.

One thing you do not need to worry about is contracting a sexually transmitted infection in a restroom, Park said. “I’m not going to say it’s absolutely impossible, but it’s so unlikely,” she said. Pathogens like gonorrhea and chlamydia do not survive for long on surfaces, and they need to get into the penis or vagina to cause infection, she said. “Where we’re sitting on the toilet seat, it’s just not in the right vicinity.” 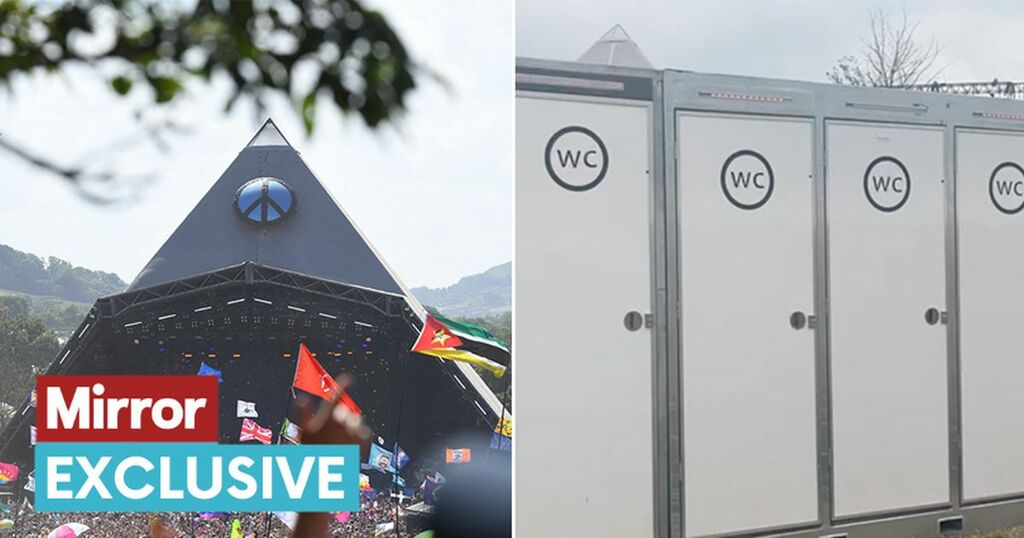 How to take care of your newly blinged-up piercings