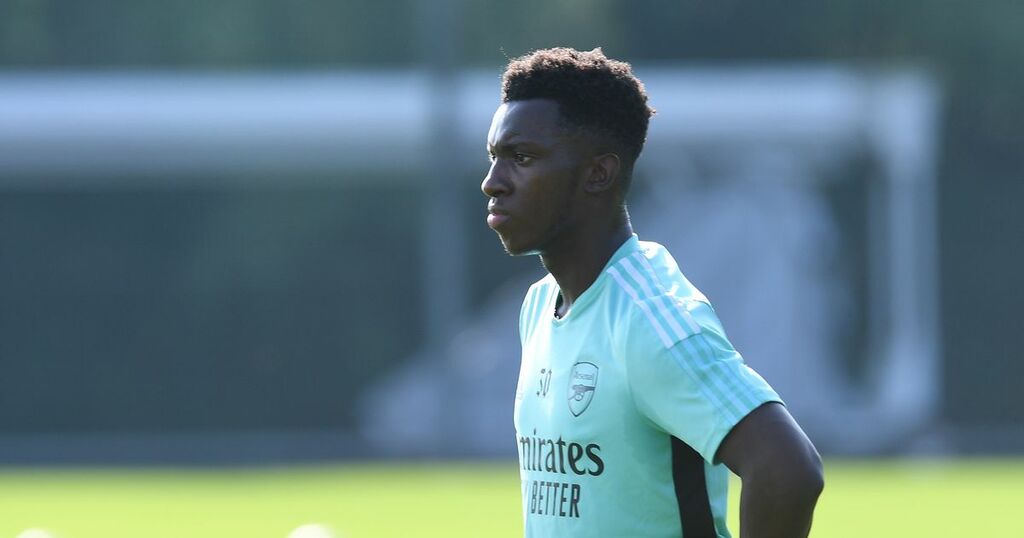 Eddie Nketiah's Arsenal future remains up in the air after the Gunners failed to sell the striker during the summer transfer window.

The 22-year-old is reluctant to put pen to paper on a new deal at the Emirates Stadium with first-team opportunities limited under Mikel Arteta due to facing competition from Pierre-Emerick Aubameyang, Alexandre Lacazette and now fellow Hale End graduate Folarin Balogun.

A move to Crystal Palace seemed likely at one point over the summer but Arsenal's reported £20million asking price continued to prove a stumbling block, with Patrick Vieira's Eagles eventually opting to move for Celtic's Odsonne Edouard instead.

Unless a new contract can be agreed, Arsenal now face losing the striker on a free transfer when his contract expires at the end of the current season. However, they could still be due a multi-million pound fee.

When a player's contract expires, it is common that clubs are free to negotiate a contract without handing over a fee. That remains true in Nketiah's case, but only if he moves to a club outside of England.

Were he to move to a Premier League rival or even a Championship side, they would be forced to pay the Gunners compensation, given Nketiah's age.

A tribunal would then likely follow, similar to the one that settled the fee Liverpool paid Fulham for Harvey Elliott in February 2021 - following his move to Anfield in 2019.

Tribunals are only needed when a player under the age of 24 moves between English clubs after the expiry of their contract.

Liverpool were made to pay £4.3 million on that occasion, but talkSPORT state that Arsenal could stand to earn around £8million for Nketiah.

The striker has only shown flashes of his ability during his time at the Emirates Stadium, scoring 13 goals in 65 appearances. A loan spell with Leeds United in 2018-19 brought with it five goals in 19 appearances, but he failed to displace Patrick Bamford as Marcelo Bielsa's first choice.