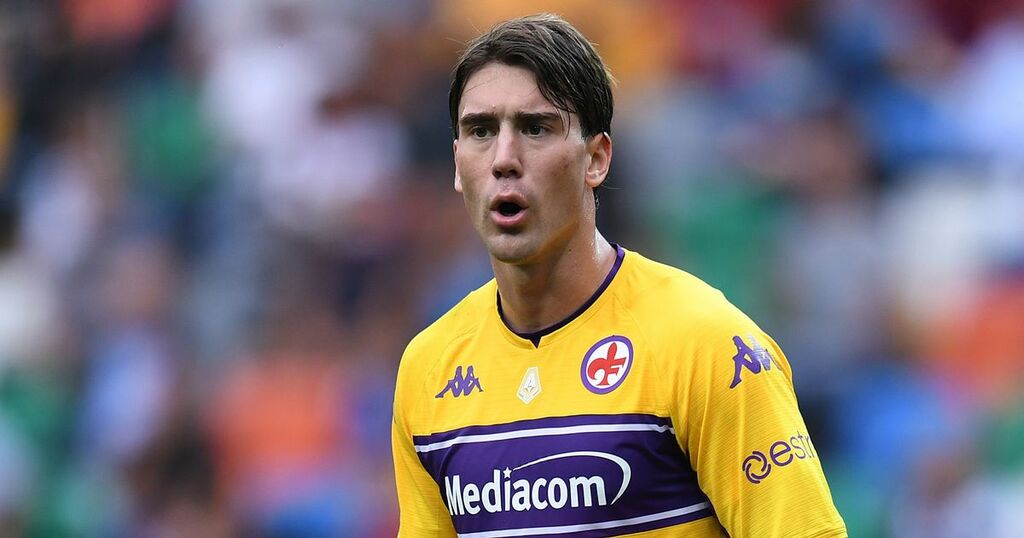 Arsenal target Dusan Vlahovic has earned comparisons to some of the world’s best finishers amid his decision to reject a new contract with Fiorentina.

The Serbian frontman has been at the forefront of the gossip columns over recent seasons having found some stunning goalscoring form for the Serie A outfit.

In 92 outings for his current employers, he has scored 35 goals - including 21 last term - whilst he has also started the new season in brilliant form with six goals in just eight competitive outings in all competitions.

Those displays have seen Vlahovic earn comparisons to the likes of Romelu Lukaku and Erling Haaland.

One the striker’s displays, Italian newspaper Il Corriere dello Sport wrote: “He is an authentic force of nature, just like Romelu Lukaku and Haaland.”

Those comparisons will certainly provide considerable encouragement to Arsenal then, as they aim to bolster their frontline, with Alexandre Lacazette’s future in some question.

Meanwhile, the Serbian appears to have made a major decision on his future, having rejected a new deal with Fiorentina.

The club’s president Rocco Commisso confirmed the news with a statement published on the Italian club’s website.

He wrote: “As you know, Fiorentina made a very significant offer to the player. Our proposal would have made him the highest paid player in the history of the club.

“We also improved our offer on a number of occasions in order to accommodate the requests of both Dusan and his entourage. However, despite our efforts, those offers have not been accepted.”

Again, this could hand the Gunners some encouragement as they attempt to seal a deal.

As it stands, Vlahovic is valued at £36m by transfer website Transfermarkt, with his current contract set to expire in the summer of 2023.