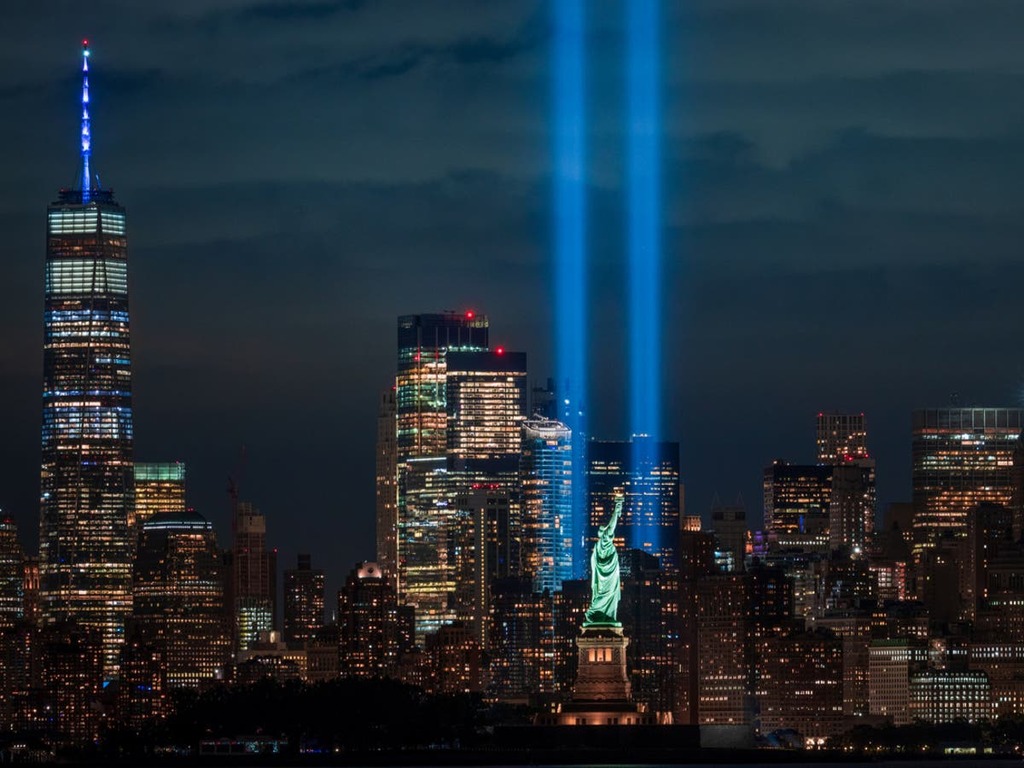 Gone were the Gothic arches at the base of the towers that echoed the ones in stone on the Brooklyn Bridge; gone was the steel tracery that drew a bow across the bridge’s soaring strings from the tip of Manhattan – a favourite tableau for snap-happy tourists, until that day. Gone were the red carpets in the lobbies where visitors took express lifts to the Top of the World observatory on the 107th floor of the south tower, or to a glamorous lunch at Windows on the World in the north tower, a restaurant so lofty that diners gazed at the curve of the earth from their table. The mourning was for the lives lost, of course, not for a tourist destination. But the destruction of these icons created a massive shock that was felt around the world.

In the immediate aftermath, that shock generated a massive change across all aspects of travel, most obviously seen in aviation and airport security. August 2001 had seen a record high of 65.4 million airline passengers. It took nearly three years for air travel to rebound, with that number being surpassed only in July 2004. Those passengers faced a very different experience from what the flying public had known before. Immediately, security lines at the airport became hours long, while the creation of the Transportation Security Administration in the US codified a way of flying that is now the norm.

Travellers today doff their shoes and jackets at security, pack no more than 100ml of liquid in their carry-ons, endure invasive pat-downs and enhanced body-scanners, all as a matter of course. Surveillance and tight visa restrictions are de rigueur, and international passengers flying into JFK and other US airports have their fingerprints placed on file and are subjected to more questioning by customs and immigration agents. Air travel was transformed, practically overnight, into something frustration-filled and complicated.

Meanwhile, in New York, nearly every institution, sporting event and cultural site had to rethink its security operations, from installing metal detectors and using bomb-sniffing dogs to banning water bottles. Some, like the Statue of Liberty, closed for years, while others, like the Metropolitan Museum of Art, reopened almost immediately, directed by the city to be open as a place of solace to New Yorkers.

“We reopened on the Thursday morning,” says John Barelli, chief security officer at the museum from 1986 to 2015 and author of Stealing the Show: A History of Art and Crime in Six Thefts. “We always had enough staff covering our entrances and galleries, we just retrained them. We instituted bag checks and electronic wanding at the entrances, for metal and weapons, at the three public entrances, and inspected every vehicle coming into the public garage. We did a lot more with the CCTV.” Like other major institutions, the museum also started receiving regular briefings from the FBI and NYPD’s Joint Terrorism Task Force.

Hotels had to make similar security assessments. “Hotels had drills with the task force and the FBI, and ramped up security in their lobbies, with some of the larger ones installing metal detectors,” recalls Vijay Dandapani, president and CEO of the Hotel Association of New York City. The detectors were scrapped quickly as hotels realised they sent the wrong message to guests about the safety of the city.

But as New York recovered, with its new security measures in place, fewer international tourists were there to see it. In 2000, there were more than 35 million visitors to New York City and, of those, 6.8 million were international tourists. In 2002 that number declined to 5.1 million and didn’t reach pre-2001 levels again until 2006.

International visitors are incredibly important to New York’s tourism industry, with the four top countries of origin being China, the UK, Brazil and France. Crucially, they spend more than domestic tourists. “While international travellers account for 20 per cent of visitors, they account for 50 per cent of spending,” says Christopher Heywood, EVP of global communications for NYC & Company. “They stay longer and they spend more while they’re here.”

In 2006, the Bloomberg administration and the city made a big push for travel and tourism, and NYC & Company opened offices around the world and launched global campaigns promoting the city. “We now have 17 international outposts and we highlight all five boroughs,” says Heywood. “Travel to all of them went up, particularly to Brooklyn and also Queens.”

Two decades later, the numbers have not only rebounded, but in 2019 the city had an all-time record high of 66.6 million visitors, 13.5 million of whom were international – double the 2000 numbers. Hotels also had a record 129,000 rooms in March 2020 and occupancy was at nearly 90 per cent, compared with the 9/11 dip to 65 per cent. “International visitors make up 25 per cent of our guests, and UK guests make up the largest percentage of revenue in that group,” says Dandapani.

As the city recovered, new hotels staked out territory across Manhattan. Firmdale Hotels opened the Crosby Street Hotel in 2009 in SoHo, its first in New York. “By the time we started that project, New York had bounced back, in particular downtown and SoHo,” says Craig Markham, director. “We always felt that it would be the perfect location for our first New York hotel, with its neighbourhood style similar to our London hotels.”

Hotels also opened across the river in Williamsburg, downtown Brooklyn and Queens, cool boroughs that foreign travellers wanted to explore. “The international market as a general rule is more intrepid than domestic travellers,” says Heywood. “They want to get on public transport and go deep into Brooklyn, to Coney Island, to the Rockaways. The Brits in particular are adventurous and want to explore the city.”

But underneath the record number of visitors, new hotel openings and discoverable neighbourhoods, a permanent change has come to the city. Some of it is visible, like the signs on the subway – “If you see something, say something”, and “Si ve algo, diga algo” – but some is less so, like the increased surveillance by intelligence and police. But the biggest change is the feeling that New York and New Yorkers will always have to live with the threat of terrorism and terrorist attacks. Polls over the last decade show that terrorism fears haven’t waned, and have even gone up at times.

Today, with Covid and the global pandemic, the city’s tourism has taken a harder hit than it did after 11 September. A number of hotels have permanently closed, reducing the number of rooms by 20,000; Broadway went dark for 18 months; Midtown restaurants are empty.

“We were the epicentre of Covid in the US and it just wiped out tourism in New York,” says Heywood. “Now we need the resilience that got us through 9/11 and rebuilt our city.”

But if 9/11 proved anything, it’s that New York will always be a place for travellers and tourists. And that, while its tragedies are a matter of fact, it remains an outward-looking city, a seaward-facing city – lamp lifted in perpetual and enduring welcome.