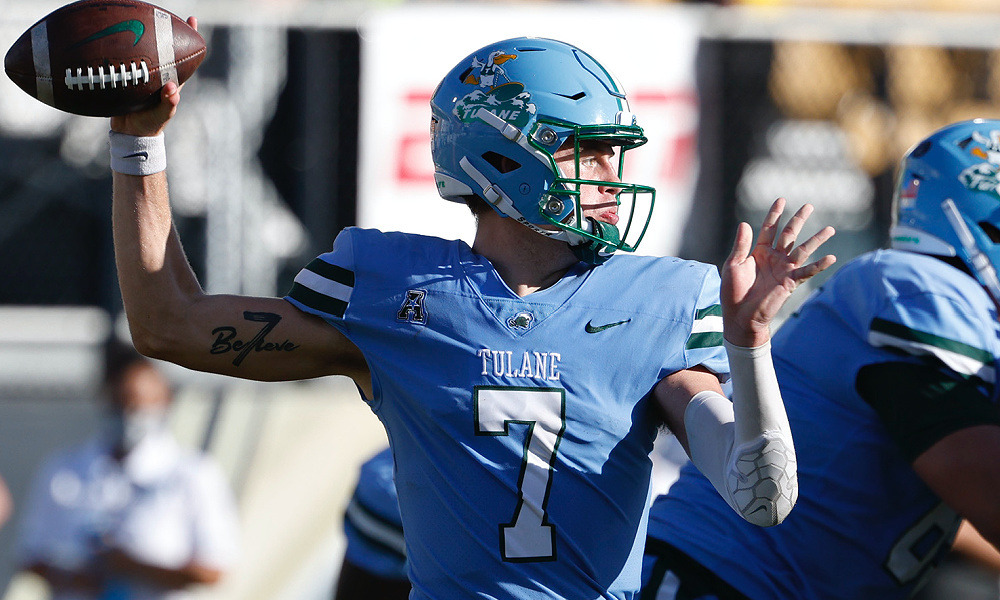 Houston vs Tulane How To Watch

Why Houston Will Win

The Tulane defense is having a few issues.

To be very, very fair, having Ole Miss, Oklahoma, East Carolina, UAB on the slate doesn’t help, but this is a veteran group that’s supposed to be better than allowing 482 yards and 40 points per game.

Houston has hardly been perfect, but the defense has been stunningly solid overall after the season-opening loss to Texas Tech.

The Cougars are great at getting off the field on third downs, the run D held up just fine against Navy and Tulsa, and there’s a whole lot pressure in the backfield.

Why Tulane Will Win

It’s been good in pass protection and the running game hasn’t been bad when the team actually uses it.

At home, this is one of those best-someone-your-own-size moments. The Green Wave need to cut down on the turnovers, but there’s a passing game to push the Cougar secondary that hasn’t been tested all that much.

With a good punting game – field position should matter – and with the defense getting a wee bit of a break compared to most of the season so far, this is where the season momentum might turn if the Green Wave D can just come up with a few positive stops early.

It was head coach Dana Holgorsen’s first year at Houston and there wasn’t a whole lot of luck happening early with two losses in the first three games. A crazy finish led to the build-for-2020-plan which for a whole slew of reasons didn’t work.

This isn’t exactly a full circle moment – the Cougars won the 2020 season opener over Tulane 49-31 – but it sort of is. This is when the program is supposed to be kicking it in under Holgorsen, but it’s about to get Tulane’s best shot.

The Green Wave will be creative as the offense gets going early, but it won’t be enough. Houston is playing too well defensively and QB Clayton Tune has been too accurate to lose this.