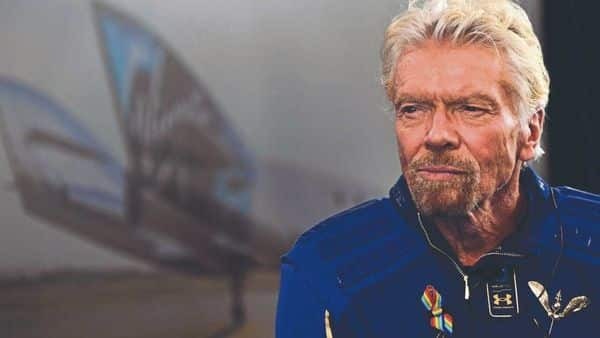 After Virgin Galactic Holdings Inc founder Richard Branson flew to suborbital space in July, getting there ahead of arch-rival Jeff Bezos in a triumphant mission broadcast to millions, his team was asked by a reporter whether there’s “anything that needs to be addressed before [the spacecraft] flies again?" Michael Moses, who oversees the company’s spaceflight programme, responded that “everything looked perfect in real time" and there were “no issues whatsoever."

This assessment, which in fairness preceded the pilots’ official flight debriefing, now seems premature. Thanks to reporting by The New Yorker journalist Nicholas Schmidle, we now know Branson’s rocketship drifted below its permitted altitude during its 11 July flight and warning lights came on in the cockpit. Blaming this deviation on high winds, Virgin Galactic said that “at no time were passengers and crew put in any danger as a result of this change in trajectory." Pilots correctly followed procedures and training protocols, it said. But the US Federal Aviation Administration (FAA) is sufficiently concerned about this breach of air traffic control clearance that it has forbidden Virgin Galactic’s spaceship from conducting further test flights until its questions are resolved.

Virgin Galactic investors might wonder why they’re only recently learning about such a major matter, given the company knew about the unplanned trajectory weeks ago—the investigation began on 23 July, the FAA confirmed. The incident may also revive a debate about how the nascent space tourism industry is regulated.

Space tourism is a difficult and inherently risky endeavour. Things don’t always go as planned. The Branson mission was only the company’s fourth crewed space-flight test. But because Virgin Galactic is a publicly traded company, unlike Elon Musk’s Space Exploration Technologies Corp or Bezos’s Blue Origin, it’s essential that investors are kept properly and promptly informed about any flight issues.

Virgin Galactic says FAA representatives were present in their control room during the flight and in post-flight debriefs. Yet neither the regulator nor company revealed the flight deviation or grounding until last week. While this matter may yet be speedily resolved—Virgin Galactic hopes to conduct its next test flight soon—investors were sufficiently worried to send the stock down 9% at the end of last week.

Virgin Galactic can’t afford to anger its stockholders like this. It currently generates little revenue and burns around $65 million of cash each quarter, meaning its reliant on raising money shareholders to fund spacecraft investments. In the week after the successful Branson launch, the company raised $500 million from shareholders. A spokesperson for Virgin Group said Branson was unaware of the FAA’s enquiries when he offloaded $300 million shares in mid-August.

It’s not the first time the company’s transparency has been lacking. Schmidle’s book, Test Gods, describes worrying technical lapses during a 2019 test flight that led to the company’s hiring a retired Boeing executive to conduct a safety review. Virgin Galactic said it kept directors, owners and the FAA informed of its findings and corrective actions and concluded that it would be safe to resume test flights. But it didn’t specifically mention those issues in its blank-check listing prospectus later that year. Although not all technical or safety issues require disclosure, if I’d have been a potential investor I’d have wanted to know.

Besides displaying a lack of public transparency, the focus on Branson’s recent space flight risks reopening a debate about space tourism’s unusual regulation. Currently, the FAA is only mandated to protect the safety of people on the ground and in passing aircraft. Thanks to a Congress-ordered moratorium, the FAA is forbidden from setting binding rules to protect the safety of the crew or passengers until October 2023. “Space flight participants fly at their own risk," the FAA told me. In this instance, Virgin Galactic was tasked with probing and submitting a report on the mishap itself, with FAA oversight.

Balancing the need to protect the public with the imperative to foster innovation isn’t easy. No wonder there’s little agreement on how to regulate the industry. Mark Stucky, Virgin Galactic’s former flight test director, claimed on Twitter that pilot error, not high winds, was the likely cause of July’s flight deviation and has called for an independent review. Stucky left Virgin Galactic in July after voicing safety concerns.

SpaceX founder Elon Musk routinely complains the FAA’s approach to commercial space flight regulation is too conservative, though his own approach to launches is hardly faultless. If space travel companies aren’t more forthcoming about hiccups, however minor, they’ll just invite a firmer hand by regulators.