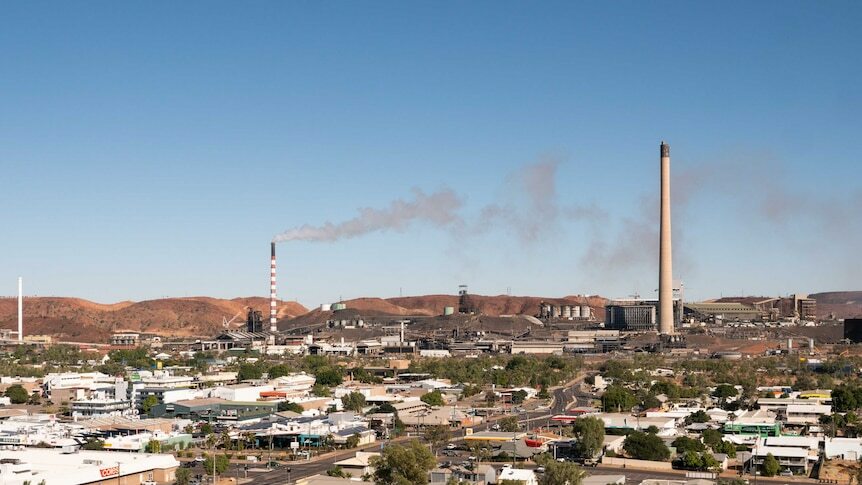 Increasing rent prices along with high demand for housing are leaving many rural Australians out of pocket and overloading social services, according to social service groups and local councils.

Meanwhile, prospective residents are discouraged from relocating to regional and rural communities that are crying out for new blood.

Large gaps between the salaries of mine workers and other members of the community also make it hard for locals to compete in the housing market.

"People like me who were born and raised here are being driven out of town because we can't afford to stay," she said.

"People think that because we are in a mining town we are on good money. But for those of us not in a mining job, we are really just getting by.

The issue is sorely felt in the mining community of Mount Isa, in North West Queensland, where rental vacancy rates are 1.1 per cent.

"That means for every 100 rental properties in Mount Isa there would only be one property available at any time," said state manager for Queensland's Tenancy Skills Institute Mark Davidson.

"For the North Queensland region, that rate dips to 0.8 per cent. Those are some of the lowest rates in Queensland," he said.

High rent prices are also driving new people away from the community, according to Mount Isa City Council.

"The current market is making it difficult for people coming to Mount Isa to secure rentals of a reasonable standard," council said in a submission to the federal inquiry into housing affordability and supply in Australia.

"Many people new to town request a FIFO option from employers because of unsuitable housing options," the council statement read.

"Not everybody is going to get a job at the mine. Some people are going to work at the local school or service station or Kmart. We need to make these cities affordable and liveable for everybody," she said.

With an under-supply of larger houses, families are one of the biggest clients of Centacare Mount Isa's homelessness service, according to service manager Breeze Thodson.

"We have a lot of larger families that really struggle to find accommodation. Sometimes they're left having to stay at motels and hotels.

"We have a lot of people that come here and they're sleeping in their car, or they're camping in someone's backyard or in a shed. We've got people that stay out on Lake Moondarra road," Ms Thodson said.

"It's a lot of stress for everyone involved, especially parents who are unable to provide a stable place for their kids to live," she said.

Mount Isa City Council said the greatest barriers to developing new properties to meet demand were a lack of qualified builders servicing the region and the high cost of transporting materials.

The council is calling on the federal government to provide funding for the installation of trunk infrastructure, namely arterial roads, energy, water and sewage, to help prop up future residential projects.

Mount Isa City Council is one of several local governments in Queensland, Western Australia, and New South Wales that have banded together to develop the More than Mining proposal.

The proposal calls on the government to provide rural residents with the same Fringe Benefits Tax (FBT) concessions awarded to big mining companies.

This would provide residents with more disposable income, according to the proposal.

Non-mining residents in mining communities currently receive fewer incentives to pay for housing than mining companies that operate in these towns, the group said.

"This would mean that local businesses' employees could purchase or rent a house with pre-tax income, lowering their tax, and providing them with more available funds to cover living costs," a statement from the More than Mining website reads.

Mayor Slade said the proposal is an opportunity for the federal government to address housing issues ahead of the upcoming election.

"Everyone's all ears when its federal election time. It's a good opportunity to have a big voice now and let them know we are struggling," she said.