Houseparty is shutting down next month 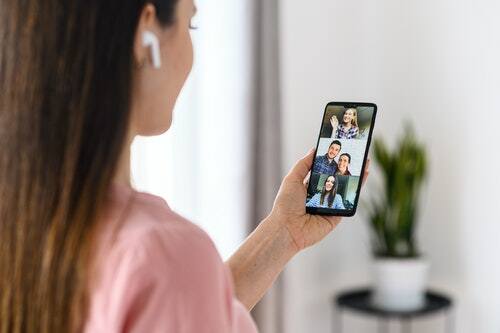 Houseparty will shut down in October, the company said in a blog post Thursday. The app has already been removed from app stores, according to owner Epic Games, but people who already have the app installed can continue using it until sometime in October.

The group video chat app was popular early in the pandemic, with Epic saying that “tens of millions of people” have used the app. But video chat is a crowded area — Zoom is huge, and Apple earlier this year introduced support for group FaceTime calls. Many parts of the world have also started to reopen, reducing the need for so many different solutions to gather with friends virtually.

Houseparty was unique in that users could parachute into their friends’ calls without having to request access (unless the host locked a room). That allowed calls to go on potentially for hours, as people came and went, just like a real-life... house party. Users could join in from mobile but also desktop, so anyone could join in even if they don’t have an iPhone. And the app included fun trivia games that users could play in a sort of “together but virtual” experience perfectly suited for the early lockdowns. Houseparty had a certain relaxed, playful vibe that the sterile Zoom does not.

Houseparty faced a bit of a scandal last year, however, after some users claimed that they were locked out of unrelated apps like Netflix and Spotify after downloading the chat app. The company vehemently denied the claims and offered a $1 million bounty for information about an alleged campaign to tarnish its reputation. That situation probably didn’t help, even though the so-called hacks don’t even seem technically possible and nobody was able to substantiate the claim.

Houseparty’s fall can probably be chalked up to pandemic fatigue and reopenings across the country. The in-app games get old over time, and people are doing fewer “Zoom happy hours” now that bars are opening back up somewhat, despite the delta variant.

Early this year, Epic released an integration with Fortnite that allowed players to stream their gameplay to friends in a video chat. Players could also do the reverse, overlaying a group video chat on top of Fortnite so they can talk and play at the same time, but not broadcast the actual gameplay to their friends. These features will remain live until Houseparty shuts down.

Epic says that the Houseparty team will shift its focus to working on building these types of social features into games like Fortnite and Rocket League. It makes sense that Epic would do this — it wasn’t intuitive why a video game company wanted to buy a group video chat app in the first place.

Unfortunately, anyone who just likes the standard Houseparty app and doesn’t care about those games will have to move their video calls elsewhere.