The House Ethics Committee on Monday opened a far-reaching federal probe into Rep. Madison Cawthorn, R-N.C., over allegations that he committed insider trading and had a sexual relationship with his aide.

The probe, which will be led by a subcommittee established on May 11, comes just days after the freshman firebrand lost his re-election bid amid a torrent of reports around his sexual proclivities.

Earlier this month, The Daily Mail published a leaked video showing Cawthorn's second cousin, Stephen Smith, who is also his scheduler, reach for the lawmaker's crotch while the two spoke about suggestive topics in the car. Weeks later, the congressman was shown in a separate video, leaked by an anti-Cawthorn conservative PAC, nude in bed with another man.

Cawthorn has alleged that both videos are part of a political "hit" job.

"Years ago, in this video, I was being crass with a friend, trying to be funny," he said. "We were acting foolish, and joking. That's it."

I’m ready to keep fighting for you.

I wanted you to know the truth, straight from me. Don’t lose hope, don’t listen to the fake news.

Don’t let the swamp of Washington dissuade or distract you from sending a warrior back to Washington.

I’ve only just begun to fight for you. pic.twitter.com/kDqtzsoquT

According to an ABC affiliate, Cawthorn has paid Smith $141,000 in taxpayer and campaign dollars since 2020.

Apart from his relationship with Smith, House members are also scrutinizing a series of cryptocurrency transactions the North Carolina legislator made spanning into last year.

According to The Washington Examiner, Cawthorn may have taken part in an alleged pump-and-dump scheme to boost the value of "Let's Go Brandon" cryptocurrency, a crypto meme coin named after a minced oath that actually means "F*ck Joe Biden."

Back in December, the lawmaker reportedly took to social media to promote the currency, which he has said he owned, just a day before NASCAR driver Brandon Brown announced that he would be the coin's chief sponsor. Following Brown's announcement, the coin immediately shot up by 75% in value. But just a month later, the coin's value plummeted to $0 after a number of unknown insiders issued mass selloffs, spurring an April lawsuit that accused hedge fund manager James Koutoulas, who founded the coin, of a pump-and-dump scheme.

Multiple ethics watchdogs have come forward to express concerns that Cawthorn may have taken advantage of nonpublic knowledge to line his own pockets.

"This does look like a classic case of you got some insider information and acting on that information," he said. "And that's illegal." 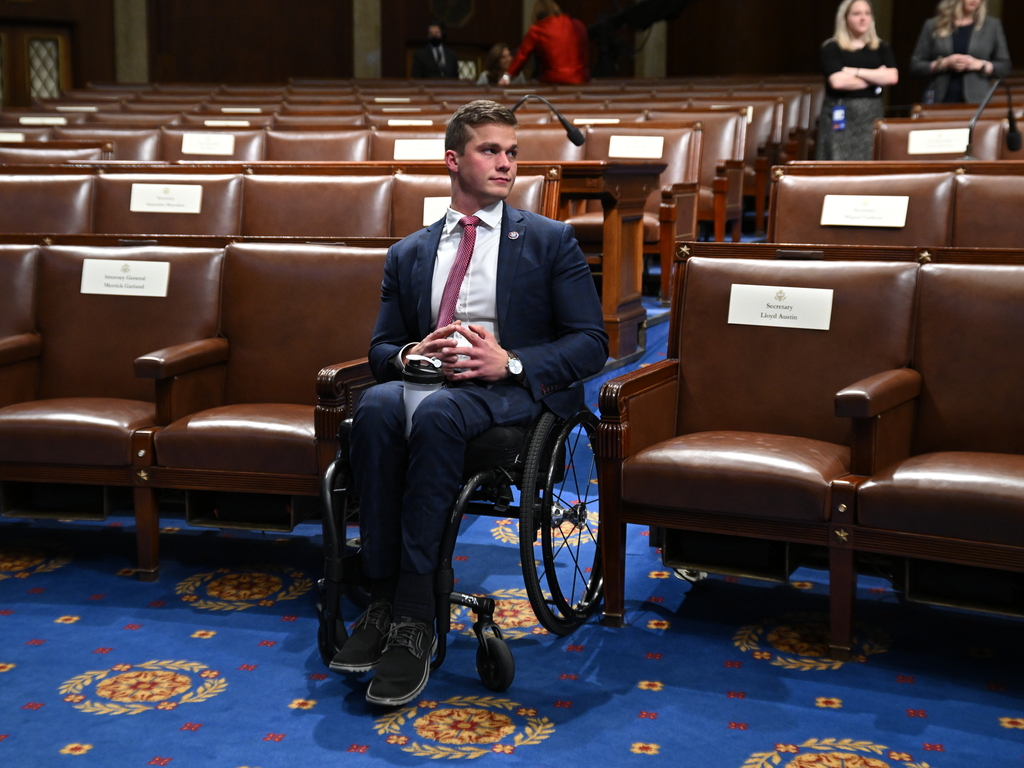 Rep. Madison Cawthorn faces a House Ethics investigation
The first-term congressman, who lost his reelection bid in last week's primary, is accused of promoting a cryptocurrency he had…