The chairwoman of the powerful House of Representatives Committee on Oversight and Reform is demanding answers from the heads of the four largest baby formula producers in the United States on what their companies are doing to alleviate a formula shortage that has left parents scrambling to feed their children across the country.

In February, Abbott Nutrition issued a recall notice for formula made at the Sturgis, Michigan factory that produces more than any similar facility in the US and shut down production lines after regulators notified the company that four infants had been sickened — two of whom later passed away — after being fed formula made there that was contaminated by deadly bacteria.

In a letter to Abbott Nutrition president Chris Calamari, Representative Carolyn Maloney and Economic and Consumer Policy Subcommittee Chair Raja Krishnamoorthi have demanded he brief committee staffers by 26 May on when the company became aware of the contamination problem, what actions the company took to resolve it, and when such actions were taken.

Ms Maloney and Mr Krishnamoorthi also asked Mr Calamari what steps — if any — his company took to mitigate the effects of shutting down its largest production facility and recalling such a large amount of formula products.

“Recently issued FDA inspection reports demonstrate that your company failed to maintain sanitary conditions and procedures at your Sturgis, Michigan, plant for years. In fact, as early as September 2021, your company was put on notice that an incident of Cronobacter sakazakii infection had been traced back to infant formula produced at the Sturgis facility,” they wrote. “Even more troubling, it appears that your company may have attempted to hide these dangerous breakdowns in sanitation and cleanliness at the Sturgis site from FDA inspectors”.

They have also demanded Mr Calamari produce “documents and communications related to sanitary conditions, quality control, or contamination” at the Sturgis facility, as well as all documents related to the closure of the facility and the formula recall, “including but not limited to the discovery of suspected contamination; any related testing, inspection, or investigation; and any determinations related to contaminated infant formula”.

Ms Maloney and Mr Krishnamoorthi also sent letters to Mead Johnson Nutrition CEO Kasper Jakobsen, Nestlé USA CEO Steve Presley, and Perrigo Company CEO Murray S Kessler demanding answers on when the companies became aware of the growing baby formula shortage, what steps the companies have taken and will take to increase supply to meet demand, what companies are going to “lower prices, prevent price gouging, or otherwise increase consumer access to its infant formula products,” and when each of the companies expect to be producing enough formula to meet parents’ demands.

“The national formula shortage poses a threat to the health and economic security of infants and families in communities across the country—particularly those with less income who have historically experienced health inequities, including food insecurity,” they wrote.

They added that it is “critical” for the companies to “take all possible steps to increase the supply of formula and prevent price gouging”. 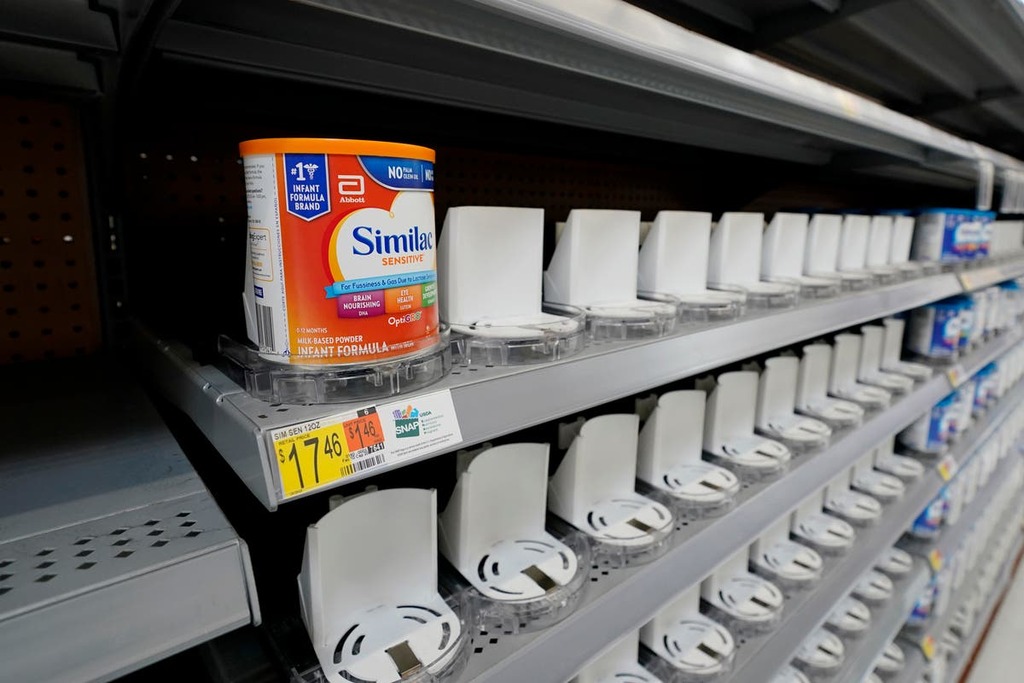 The Independent UK
One subscription that gives you access to news from hundreds of sites
‘It’s heartbreaking’: Mothers face desperate search for baby formula amid nationwide shortage

The Independent UK
After baby formula recall, Abbott says it can restart production at Michigan site within 2 weeks of FDA approval
Abbott Laboratories said it could have some of its recalled infant formulas back on store shelves within eight to 10…