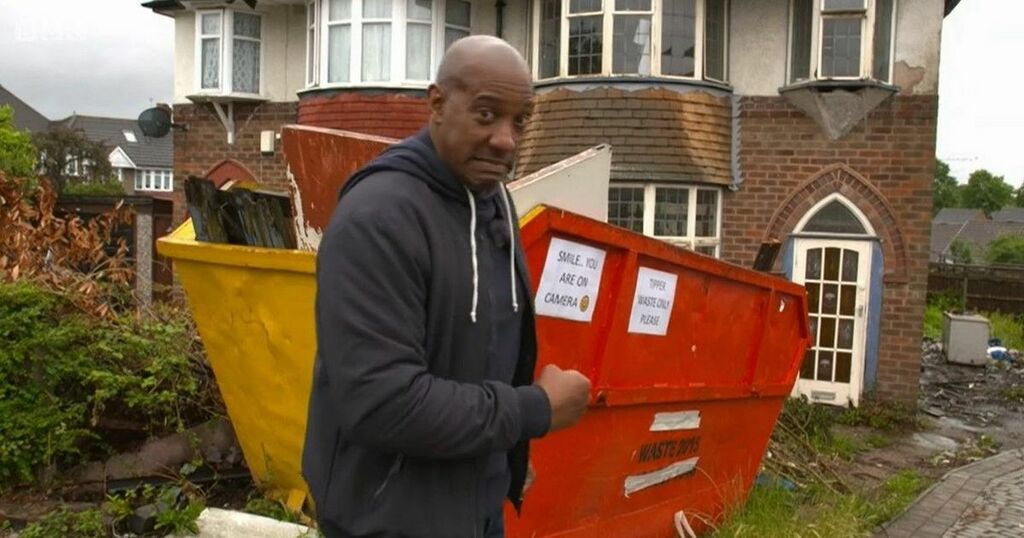 If all the property programmes on television have taught viewers one thing, it's that buying the worst house on the street and transforming it into the best is, generally, a smart move.

This was definitely the case for an auction property in a Homes Under The Hammer episode, with presenter Dion Dublin describing the three-bed semi as 'battered and bruised.'

But, as a way to either add value and make money or get yourself living at an address that you ordinarily wouldn't be able to afford, buying the wreck on the road with potential could be the answer. There's a lot to consider before attending a property auction, such as researching the location, visiting the property, and checking out the legal pack, ideally with an expert.

You also need to construct an appropriate renovation budget (and sticking to it) and check the eventual potential resale value with a local expert before sticking your paw in the air to bid and buy.

And property auctions can be a good place to bag a bargain, but those same property programmes are littered with stories of purchases and property renovations that have gone horribly, horribly wrong too.

So when this very run down three-bed, semi-detached home was about to go under the hammer on the show, did presenter Dion Dublin think it was a money pit or a moneymaker?

It wasn't a good start from the front, with Dion aforementioned description, ' but the ever-cheerful chap was chipper about what might be waiting on the inside.

Rather optimistically he smiles and says, "but the inside is going to be brilliant!"; it wasn't.

What the inside did offer Dion was a wet head from a series of leaks from the roof that was dripping from the very top of the house to the very bottom, and into a series of buckets; definitely not brilliant.

But what he also found was that the renovations had already begun inside - with the chimney breasts totally removed, the wall between the two reception rooms demolished and a steel beam in its place.

Plus he found a good-sized rear garden surely crying out for at least a single-storey extension; the house shouted potential.

The property had an eye-catching guide price of just £25,000 so suddenly the significant amount of work to do here didn't seem so daunting.

The eventual winning bid at the auction was made by Amandeep, who has appeared on HUTH previously, securing the doer-upper, after a ferocious race to secure it with another bidder, for £152,000.

Well, you didn't expect to get a three-bed semi just six miles from Birmingham city centre for anywhere near £25,000, did you?

The plan, if planning allowed, was for an L-shaped, single-storey extension and a full renovation project for £30,000, with Amandeep's brother Mandeep doing most of the work to keep the budget spend down.

No strict timescale was given, maybe a flexible six months, but also a promise to give Dion a call when the work was done.

The programme returned 13 months later and the house is a totally different property.

If you have a love for period properties retaining some original features, you may want to look away now as all that remains in this top to bottom shiny, brand new, contemporary transformation is the staircase.

Walls have gone, many doors have gone, and happily all the drips have gone too. The house has gone back to brick and been totally updated.

With Mandeep doing most of the work, apart from electrics and plumbing according to a mightily impressed Dion, the house has gone from battered to brilliant.

The new extension totally transforms the living space, with an added six metres to the rear and three metres to the side, which allows for a very spacious front to back open-plan living, dining and kitchen space, a playroom, a cloakroom and a handy utility.

Upstairs the layout remains the same, apart from the leaky hole in the ceiling, but the three bedrooms and family bathroom have been given a modern interior design makeover that first 'wowed' downstairs, with grey and white the predominant scheme.

Help with your next hunt for a home here:

The brothers have gone for a higher specification than first planned, so the budget has leapt from £30,000 to £57,500, but no issues were reported back to the show - even the planning permission only took between eight and ten weeks according to Amandeep.

The estate agent revisits the property now that it's been given the full renovation and he is rather taken aback, gushing that it's a remarkable transformation, taking probably the worst on the street and easily creating the best, with a standard of finish that is excellent.

In fact, he finds it hard to value the house in its new state, with very few comparable houses with the same space and standard to assist him to settle on a resale price.

There's no sign of a bucket anywhere inside now, so Dion can definitely now describe this fancy abode in Birmingham as brilliant.

To get the latest property newsletters from around the UK, click here