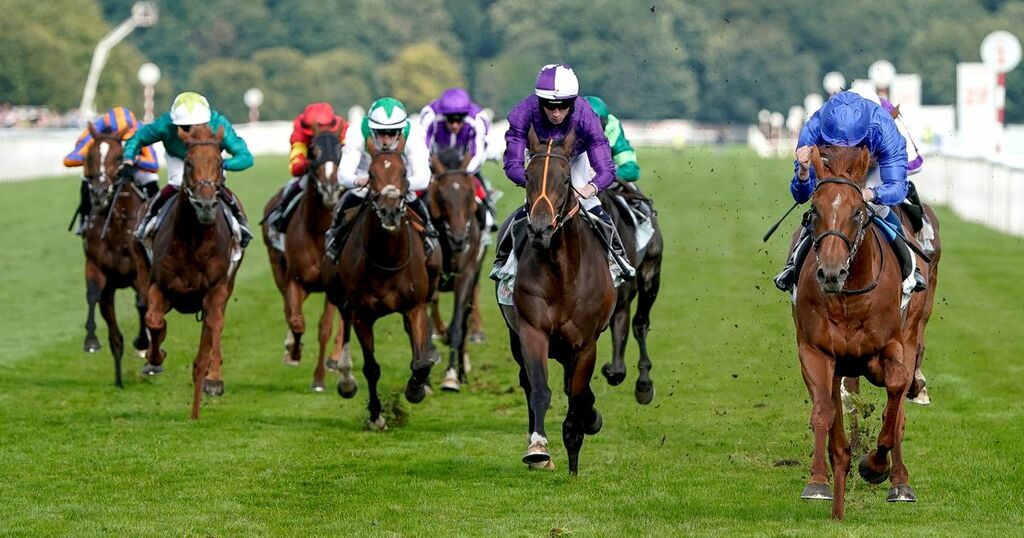 Ridden by William Buick for Godolphin trainer Charlie Appleby, the 8-11 shot bounded clear of his rivals in the final Classic of the season.

Once asked to stretch by his jockey, over a trip some feared he may not stay, he responded generously for a two and three-quarter length victory.

"He was the class horse in the race and the race worked out beautifully," said Buick.

"He took me into the race no nicely and he had that turn of foot at the end. He's a great horse and it was lovely to win the Leger with him. I knew I was on the best horse and it was just a case of keeping it smooth and not setting him too hard a task."

Owners Godolphin, claiming their seventh success in the oldest Classic, may run the winner in the Prix de l'Arc de Triomphe alongside Adayar.

Third behind his stablemate in the Cazoo Derby, when he lost both fore shoes in the process, was Hurricane Lane's only defeat in seven starts.

Ladbrokes trimmed his price to 6-1 (from 7-1) for the autumn highlight.

Appleby said: “It was a fantastic performance. Congratulations to Sheikh Mohammed and team Godolphin. It’s great to win any Classic but to win the final Classic, it’s historic, so it’s extra special.

“William said it was a dream race. He had the perfect pitch and all the room he needed and the great thing about this horse is he quickens. He’s got a gear change.

"You couldn’t have been more comfortable watching it all the way round."

The trainer added after his first Leger triumph: "The Arc is on everybody’s mind. I’ve spoken to His Highness.

"Everyone is delighted and I think it is something we will keep an eye on but let the dust settle. I see no reason why we wouldn’t potentially turn up."