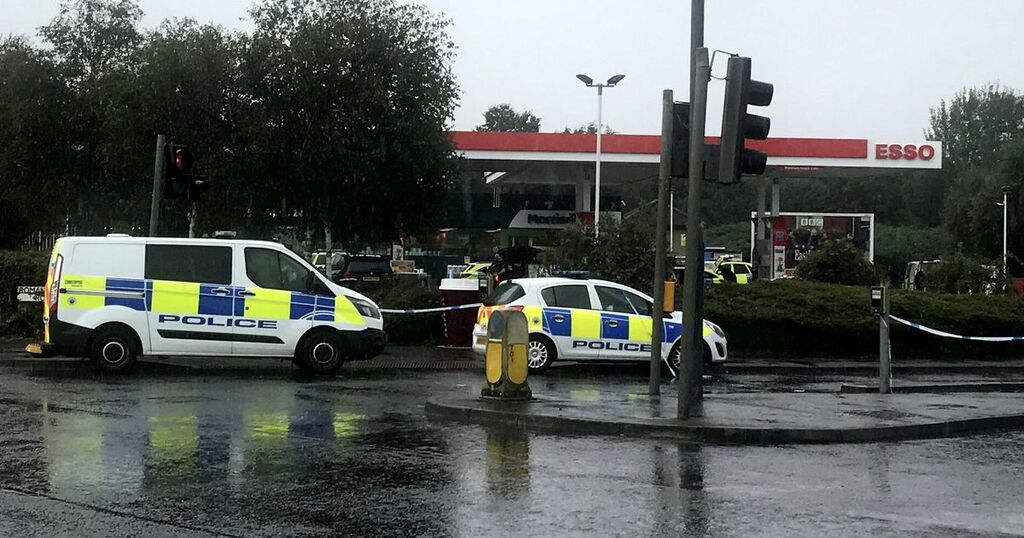 A hostage siege is underway after a knifeman stormed a petrol station, leaving one person injured.

Staff at the Esso station have been forced to hide in a safe room while police try to calm the knifeman.

Officers from Avon and Somerset Constabulary are currently on the scene of the dramatic incident on Hengrove Way, Bristol.

The force said a negotiator has "been deployed".

A statement said: "Police are at the scene of an incident which has led to the closure of Hengrove Way, Bristol today, Thursday 9 September.

"A man armed with a knife is inside the shop of the petrol station. Staff members are uninjured within a safe room and in contact with officers.

Are you there? Do you know what's happened? Email webnews@mirror.co.uk.

"One person has left the scene and gone to hospital with injuries not believed life-threatening.

"Armed officers and a negotiator have been deployed to try to bring the incident to a safe conclusion.

"Members of the public are urged to avoid the area."

Local buses have been delayed due to the ongoing incident, according to bus operator First West of England.

The affected services were due to exit the Hengrove depot, in the south of the city.

The cancelled services will resume once the police incident has been dealt with.

First West of England said on Twitter: "POLICE INCIDENT - All services that operate out of Hengrove depot are currently unable to do so due to a nearby police incident.

"Delays to services as a result. Will update when able."

Sign up for our daily newsletter to keep up to date with all the essential information at www.mirror.co.uk/email.