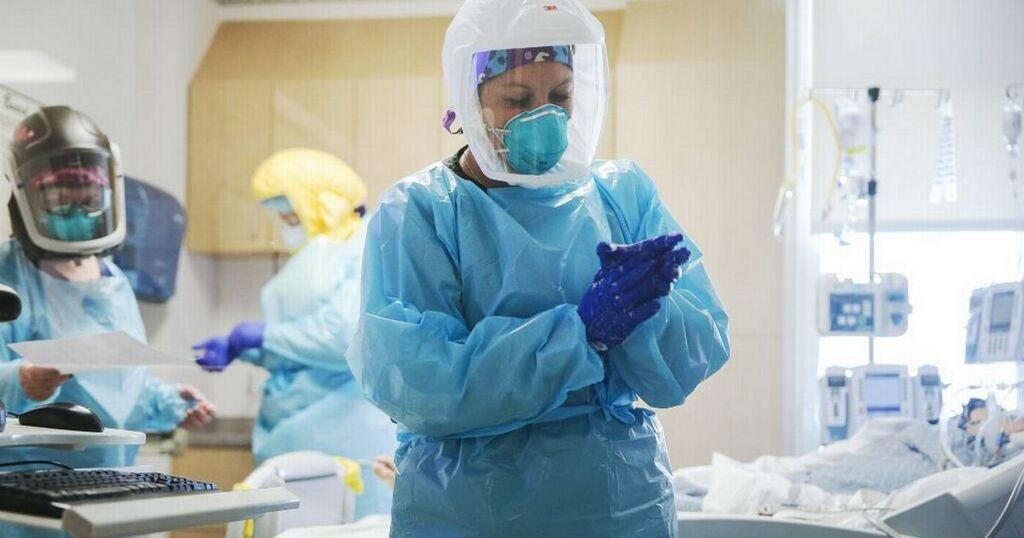 A hospital group is suspending maternity services after its staff walked out over forced vaccination plans, say reports.

Lewis County Health System in upstate New York is said to have experienced "mass resignations" due to the the Covid mandate given by US President Joe Biden.

The rules for the US state require health care staff to have had their first dose of a vaccine by September 27.

Exemptions can be made for those who are allergic to or have had previous adverse reactions to vaccines, but this must be certified.

According to multiple reports maternity services at the New York state hospital system has now been paused after staff quit over the plans.

“The number of resignations received leaves us no choice but to pause delivering babies at Lewis County General Hospital.”

He said he “unequivocally” supports a vaccine mandate for health care workers and added that essential services are not at risk because of the mandate, which ensures a “healthy workforce”.

He said: “We as employees have an obligation not to put those we care for or our co-workers at risk."

The maternity unit is reported to have already seen staff shortages, with at least six resignations so far, while another seven staffers are said to have expressed an "unwillingness to be vaccinated".

Hospital administrators are said to be working on "contingency plans" in the case more mass resignations have an impact on other services.

At least 464 staff members, about 73 percent of the hospital system are reported to have been vaccinated with another 165 staff members still unvaccinated.

He is set to announce new steps to slow the spread of the disease before the U.N. General Assembly meets, Surgeon General Dr. Vivek Murthy said Sunday.

While it has not been specified what those steps would be the next session of the General Assembly opens on Tuesday.

The first day of general debate will be the following week.