Hospitals cut beds as nurses call in sick with covid-19 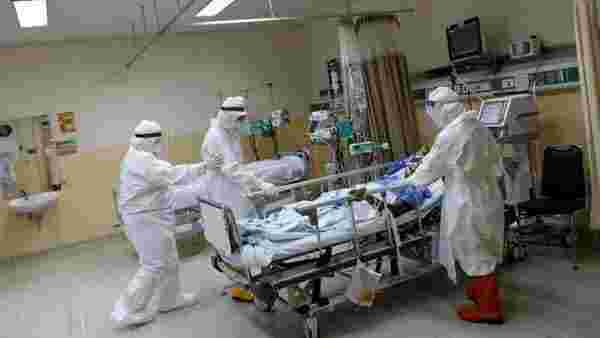 Rising numbers of nurses and other critical healthcare workers are calling in sick across the U.S. due to Covid-19, forcing hospitals to cut capacity just as the Omicron variant sends them more patients, industry officials say.

The hospitals are leaving beds empty because the facilities don’t have enough staffers to safely care for the patients, and a tight labor market has made finding replacements difficult.

Staff shortages prompted the Mass General Brigham hospital system in Boston to keep 83 beds empty on Friday. The University Hospitals system in Ohio has closed as many as 16% of its intensive-care beds recently, while Parkland Health & Hospital System in Dallas has shut 30 of 900 beds.

“It’s definitely a brutal situation," said Dr. Joseph Chang, chief medical officer at Parkland, which had more than 500 out of 14,00 employees out sick one recent day.

Limiting capacity is a last resort for hospitals, doctors and healthcare officials say. The facilities do it to preserve the proper care and safety of current patients, though it means leaving people in limbo in emergency rooms, making ambulances wait and postponing treatment for cancer, heart disease and other conditions.

Meanwhile, some hospitals say they are asking doctors to move as quickly as possible to discharge patients to free up beds, asking remaining staffers to work overtime, hiring any available temporary nurses and enlisting volunteers and relief workers, including National Guard members.

“We’re living in a world of trade-offs," said Ron Walls, chief operating officer of Mass General Brigham, which had 2,000 of its 82,000 employees test positive for Covid-19 during the 10 days ended Jan. 4.

Hospitals’ turn to the last-ditch measures comes as other critical employers, from airlines to police and fire departments, also struggle with workers calling in sick.

The number of hospitals voluntarily reporting critical staffing shortages to the federal government climbed about 9% between New Year’s Eve day and Jan. 6, to 1,285 hospitals. How many hospital staffers are calling in sick and the number of beds lost nationally aren’t available, because those figures aren’t specified in U.S. Health and Human Services Department data.

Doctors and hospital officials interviewed by The Wall Street Journal said they have cut capacity between 3% and 10% recently because of staff shortages.

Members of the Association of American Medical Colleges, a trade group for medical schools and teaching hospitals, report that 5% to 7% of employees are out sick with Covid-19, said Janis Orlowski, the association’s chief health care officer.

“Those are big numbers when you’re talking about staffing a hospital," Dr. Orlowski said.

Early research suggests Omicron infections tend to be milder than earlier cases. Yet the variant also appears to be more contagious, which means more people are getting infected and arriving with severe disease at hospitals.

This month, the District of Columbia and 14 states including New York and Illinois have reported record numbers of hospital patients with confirmed or suspected Covid-19, according to HHS.

At the 26 hospitals in Illinois and Wisconsin owned by Advocate Aurora Health, the number of patients with Covid-19 increased to a record recently, after doubling in the past month, said Mary Beth Kingston, the system’s chief nursing officer. The system hit a record of 1,224 on Dec. 29, and the numbers had since climbed to 1,648 as of Saturday.

Roughly 92% of those patients are unvaccinated, partially vaccinated or due for booster shots, she said.

Employees who have called in sick have also worsened staffing strains, she said, after some nurses left to retire early or work for traveling-nurse agencies that dangled higher pay.

To help plug the gaps, the system has hired some temporary nurses, and employees have picked up extra shifts, Dr. Kingston said. Yet the system still had 50 beds closed at Advocate Trinity Hospital in Chicago and the nearby Advocate South Suburban Hospital as of Friday.

Hospital officials say staffing shortages eased somewhat with late-December changes to the Centers for Disease Control and Prevention guidelines for Covid-19 isolation. The CDC cut its recommended isolation time in half, to five days.

The move allows employees who have been infected to return to work earlier. Nonetheless, hospital systems continue to report hundreds or thousands of staffers out sick on any given day.

Some 3,000 of the Cleveland Clinic’s 52,000 employees in Ohio and Florida were home sick on average each day last week, said Robert Wyllie, the system’s chief of medical operations. So far, it hasn’t had to close any beds, partly because the Ohio National Guard has deployed 220 members to help fill in.

University Hospitals, based in Cleveland, said that about 2% of its roughly 30,000 employees are home sick daily. The system redeployed remaining staffers and moved some patients across hospitals to relieve strain, but it wasn’t enough, said Paul Hinchey, a physician and president of the system’s community delivery network.