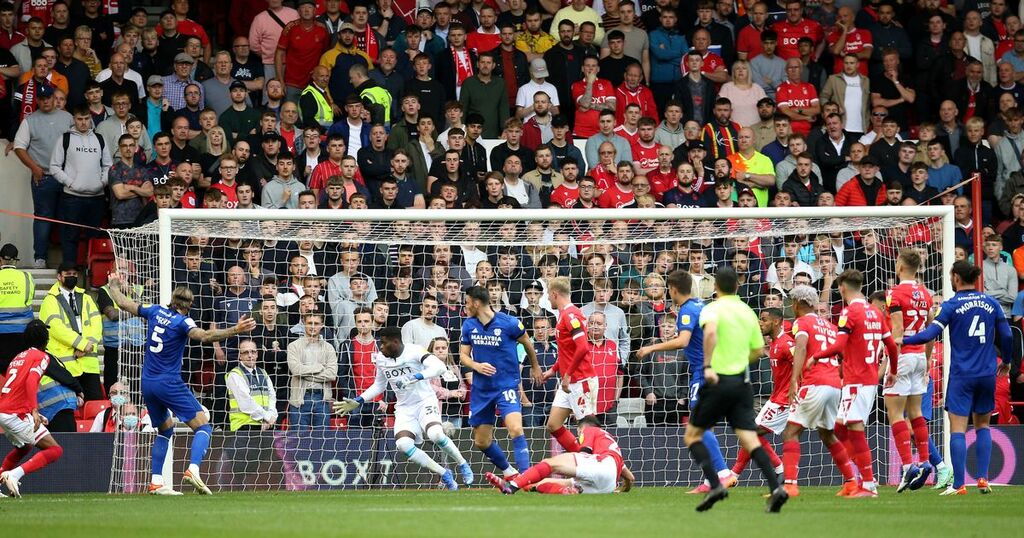 Something has to change when Nottingham Forest host Middlesbrough at the City Ground on Wednesday night.

The Reds cannot afford to continue with the dismal run of form they are currently on. They are already in for a tough season.

Sunday’s 2-1 reverse at home to Cardiff City made it the club’s worst start to a campaign in more than a century.

Five of their six league games so far have ended in defeat, with just the one point - claimed against Derby County - to show for their efforts.

If the outcome is going to be different in their midweek clash, there needs to be a different performance to go with it.

Whether that means a change in formation remains to be seen.

Boss Chris Hughton has come in for criticism for sticking with a 4-2-3-1 system in the face of poor results, but he said post-match at the weekend: "I don't think anyone can accuse us of not fielding a team that had enough offensive players in there to get results.

"When you're playing four offensive players and you've got full-backs who you know can break forward as well, it's not about formations, for me.

Coming under mounting pressure, he does, though, have some selection dilemmas for the meeting with Boro.

Goalkeeper Brice Samba has struggled for form in the opening games, with two more poor goals conceded against the Bluebirds.

Hughton must decide whether to stick with his first-choice stopper or turn to summer signing Ethan Horvath to try to tighten things up. Switching keepers is a big call to make.

And he has a problem to solve at right-back.

Loanee Djed Spence had a decent debut but is ineligible to play against his parent club, while fellow new signing Mohamed Drager continues to isolate after returning from a red list country and Jordi Osei-Tutu is still sidelined with injury.

Youngster Fin Back has given a good account of himself when he has been called upon, but this would be a tough one for him to get thrown into, with so much riding on it. Loic Mbe Soh could be another makeshift option, as he has played there before in his career.

As with Drager, midfielder Braian Ojeda is expected to miss the next two games, having been on international duty with Paraguay.

Hughton fielded both Lewis Grabban and Lyle Taylor in his starting XI at the weekend. But with his side still struggling to score goals, he needs to find the right combination going forward.

Are you confident Forest can get a positive result on Wednesday? Have your say in the comments below