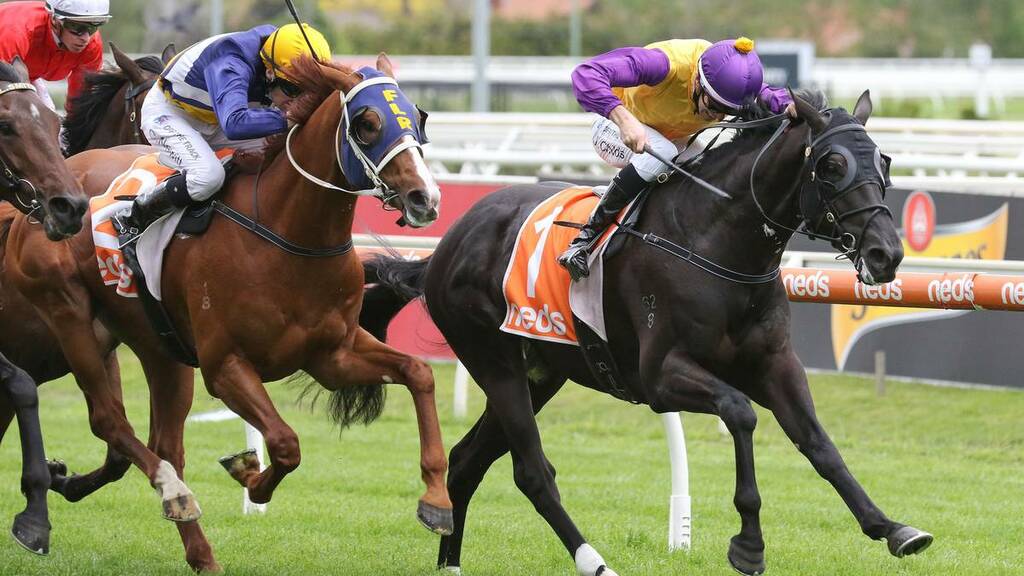 Because as much as she loved seeing the three-year-old capture a A$130,000 race her far bigger win came on Tuesday when Browne learned she would get husband David back from Victoria in Australia in time for Christmas after a winning ticket in the MIQ lottery.

David has been campaigning the Browne's small but incredibly successful team in Victoria where they have won six races, three of them by Rhinoceros who left New Zealand an unknown maiden but has now won three races worth with total stakes of A$240,000, effectively meaning he has banked more on his Australian trip that he would for winning the Group 1 Livamol at Hastings on Saturday.

Emma-Lee has not only been in charge of the stables and family back home but trying to secure David a MIQ spot so he could return home and before Tuesday she had almost resigned herself to not seeing her husband until next year.

"But I said to David yesterday, it is my birthday and getting you back is the only present I want," Browne told the Herald last night.

"We got a spot and it means David can come home and enter quarantine on December 5 and be home in time for Christmas and that means the world to us. That is the real win of the week."

That being the case Rhinoceros' triumph in a three-year-old 1600m race under Jordan Childs was the icing on the birthday cake and he may now have one more start in Victoria this campaign before coming home.

Bifrost, who won once during the campaign, is already home and spelling after cutting his mouth and he will be set for the Karaka Million Mile in January while the star of the Browne team Elephant could start in the Crystal Mile at The Valley on Cox Plate day on Saturday week.

"David will gallop him this week and decide and then that will be him finished for the spring probably too," said Browne.

Nothing went right for Elephant in the A$1 million Toorak Handicap at Caulfield last Saturday after he was trapped wide throughout but his form this spring has already suggested he is well up to group racing there so he looks unlikely to be seen much in New Zealand on raceday again.

The team also has the big, rolling Border Leicester still in Victoria and he is being aimed at the Jericho Cup.

"We are so proud of what they have all achieved over there," said Browne. "We were planning it for a while but it was always a risk, especially because we weren't sure when David would be able to return.

"So to achieve the results we have and to have David now able to come home at the right time is really a dream result," she added.

?Another Cambridge galloper Quick Thinker has been confirmed in the field for Saturday's Caulfield Cup after rain was forecast for Melbourne, boosting the confidence of trainers Murray Baker and Andrew Forsman to send him south from Sydney for the A$5m race.
He joins stablemate and Ocean Billy as the Kiwi reps in the great race.