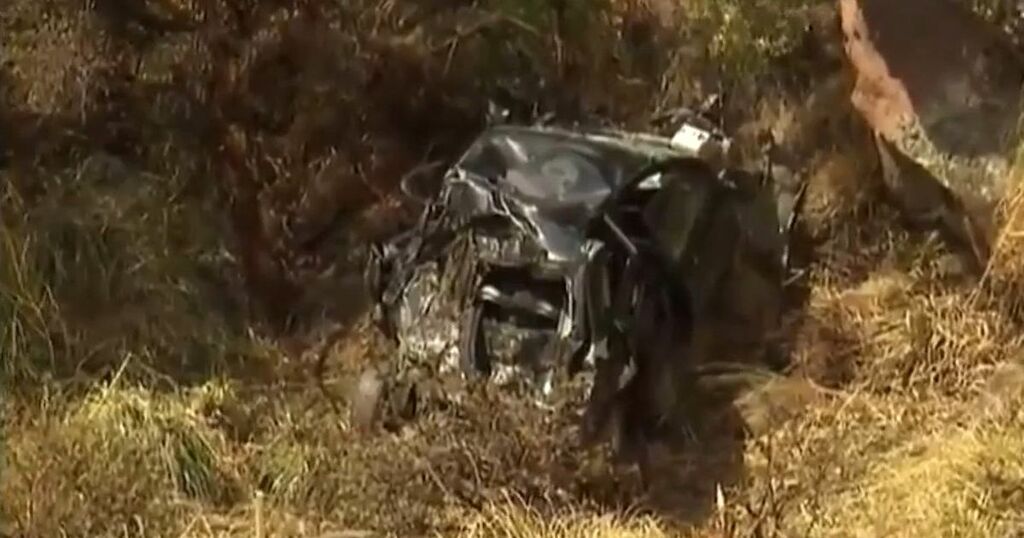 A man found out his daughter and granddaughter had died in a car crash while watching a TV news report.

Rolando Busto said he was praying that his relatives were not involved in the accident, but shortly after he received a call confirming his worst fears.

Alma Mia Molina, 12, and Agustina Reynoso, 16, died in the car crash in Cordoba, Argentina, on Tuesday.

Rolando's son Matias Bustos Reynoso, 32, was driving the vehicle and at some point lost control of the car, driving off a 131-foot cliff.

The two girls were in the back seats of the car, while the driver's 29-year-old pregnant sister Antonela was in the passenger seat.

The two girls, who were wearing seat belts, reportedly died at the scene whilst Matias and Antonela are said to be in a stable condition in hospital.

Local news site TN reports the group was returning from a local hospital where Antonela had undergone an ultra-sound check for her third month of pregnancy.

It is not clear how Mr Reynoso lost control of the Fiat Stylo at kilometre 54 on route E-54 near the city of Cordoba.

It has been reported that the car veered off the road, smashed through the guard rail and then tumbled down a 40 metres (131 foot) high cliff.

Mr Busto, the father of one of the young victims and the grandfather of another, told the local news site El Doce: "I saw the report on the news and I started praying that it wasn't my daughters."

He added: "I sent a message to the four telephones to know if they had arrived safely and did not enter them. I begged, I begged that it was not them.

"Just minutes after seeing the footage I got a call confirming my worst fears - my daughters had both died in the crash."

Rolando said that his son Reynoso lost control of the car because the road was slippery and there was thick fog.

He said: "My son lost control of the car and it crashed into a deep ravine."

The dad and granddad told Telenoche that the driver is "shocked" as he knows his sister and niece passed away in the crash.

Rolando said Matias received the heartbreaking news while in hospital "with the help of psychologists and psychiatrists".

He said: "Luckily, he is fine physically, but bad emotionally."

Following the incident, the man also confirmed that Antonela's baby is fine.