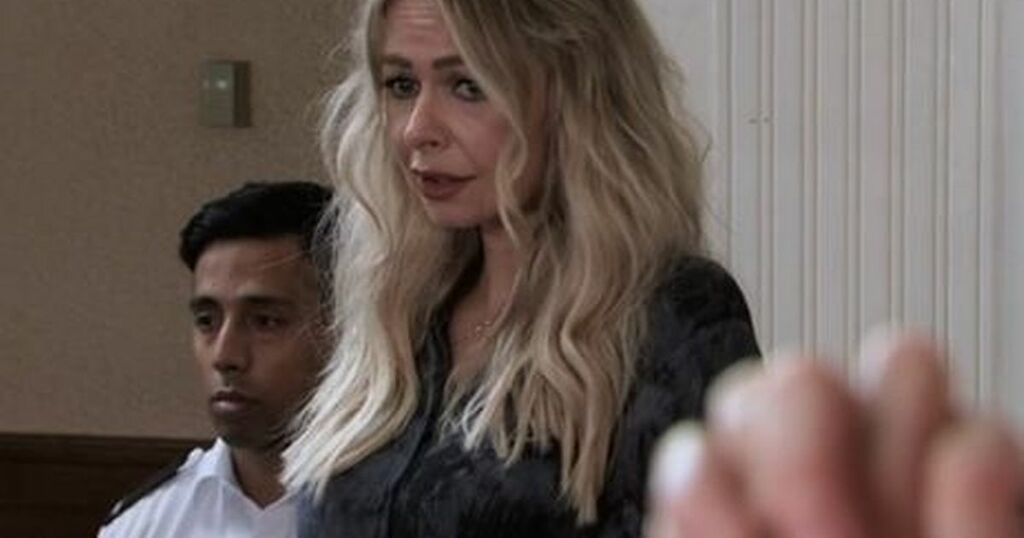 Laura stood up in court to help her daughter Kelly who is accused of murdering Seb Franklin along with Corey Brent.

But Corrie viewers were horrified as she ended up 'throwing her under the bus.'

In a chilling turn of events Corey's defence barrister Sabeen Habeeb brought up the fact that she had recently been sentenced on a charge of child neglect.

And she read out the words that Laura had instructed her solicitor to say about daughter in that case, describing Kelly as 'violent, unpredictable and aggressive.'

"I felt physically afraid of my daughter. She was violent, unpredictable and aggressive," said the transcript.

Realising that she couldn't confess to lying to the court in her neglect case, Laura couldn't back down.

Imran Habeeb, who has been defending Kelly and allowed Laura to be a witness, covered his face in despair.

And soap watchers took to social media to vent, thinking Laura's words may have just sent her daughter to prison.

"That’s just sent Kelly down ...why put her mum on the stand ffs," tweeted one.

"That transcript. Didn't help the lass at all. Her own mother saying she was violent," said another.

"And the girls brief knowing this, still put her on the stand. A lot of good he is."

"Laura about to send Kelly to jail because of her lies," tweeted another.

"Oh no Laura's words could change everything. She should not of said that. This could wreck Kelly's case massively," another soap watcher tweeted.

"Well Kelly’s mum was massive help there to her daughter… NOT," another despaired.

"I can't watch," said another.

"That just put the nail in Kelly's coffin," wrote another fan.

And Corrie's official Twitter account asked fans: "Has Imran's decision to use Laura as a witness thrown Kelly under the bus?

However, Imran is now determined to fight back after overhearing killer Corey and his arrogant dad Stefan talking about bribing a witness.

The jury will reach their verdict on Friday.

It was recently revealed to viewers in dramatic flashbacks that Corey had kicked Seb to death in the brutal gang attack back in May, while Kelly tried to stop him.