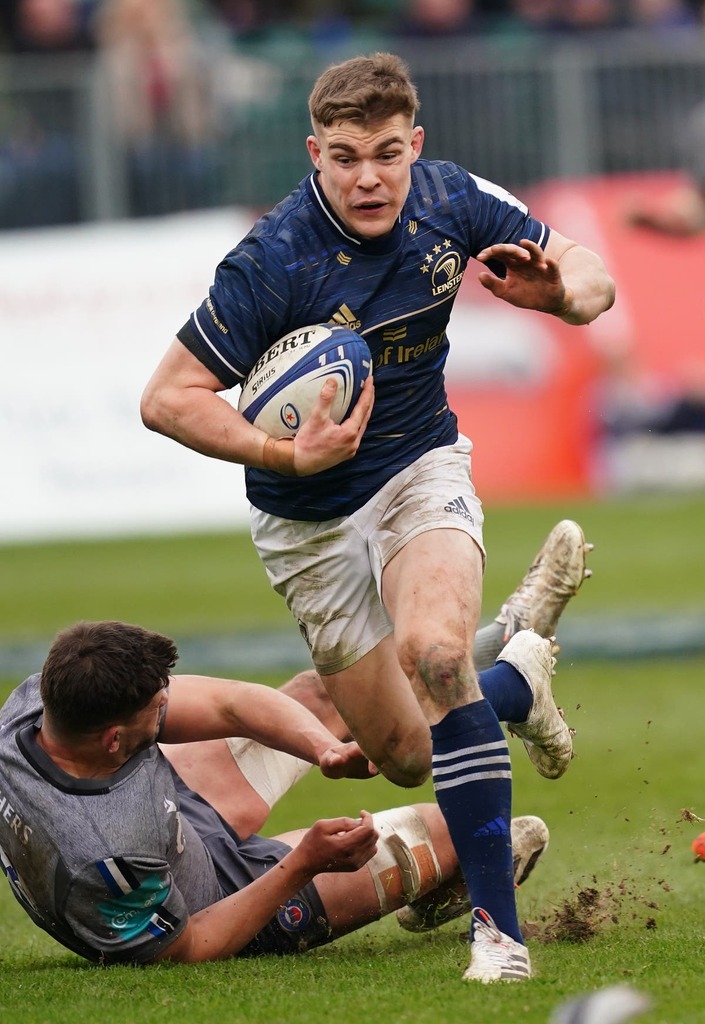 Garry Ringrose: Leinster to face ‘the very best in Europe’ against Toulouse
The Irish province are aiming to match Toulouse’s record of five European titles.

AFP
Leinster 40-17 Toulouse: Holders knocked out as home side power through to Challenge Cup final 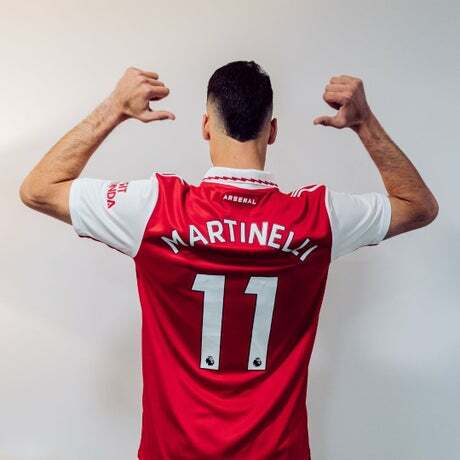 Arsenal have a new No.11! Gabriel Martinelli shows off shirt number in kit launch
Arsenal on Thursday presented their new home kit for next season, along with a new name for their No.11 shirt…

Star-studded four-time champions Leinster -- the only non-French club remaining with last year's finalists La Rochelle playing Racing 92 on Sunday -- will be driven on in Dublin by their talisman Johnny Sexton.

Defending champions Toulouse, though, will have world player of the year Antoine Dupont pulling the strings as well as a host of players from France's Six Nations Grand Slam winning side.

Horgan, who won the European Cup with Leinster in 2009 and 2011, says the outcome on Saturday will be "decided up front (the scrum)".

The Toulouse pack were certainly formidable in their last trip to Dublin a for their quarter-final with Munster, which the French side won on a penalty shoot-out.

Horgan, however, sees plenty of reason for his old province to be optimistic.

"Leinster have the edge first and foremost being at home which is really significant at this stage of the competition," Horgan told AFP by phone.

"For Toulouse, winning back to back away games is difficult.

"They also had an incredibly draining match both mentally and physically whilst Leinster did not have either of those.

"On the other hand Leinster have had issues getting past this type of team in the last four years and they will be very aware of their inability to do so.

"Plus Toulouse have the confidence of champions."

With so many of the same players facing each other again, Horgan sees it as a virtual rematch of Ireland's Six Nations match in Paris, which the French won 30-24.

"It does look a bit like Ireland versus France," chuckled Horgan.

"Antoine Dupont and Romain Ntamack are key players but whilst there will be a residual memory of their performances against Ireland, the Leinster coaches will have focussed on how they operate for Toulouse."

'Jewel in the crown'

The 43-year-old former wing, Leinster's record try-scorer with 69, says both teams' huge success down the years has blossomed from similar roots.

"Both sides have a homegrown system which continually provides players, there are a lot of parallels between the two teams," said Horgan.

"There are no mugs playing for Toulouse either.It is as hard to get your cap there as it is at Leinster -- it is super prized and means only a certain type of individual can achieve that so it is massively difficult."

Horgan, capped 65 times by Ireland and who played three Tests for the British and Irish Lions, says Irish sides have flourished in the competition because they have always cherished it.

Ulster were the first Irish winners when they beat Colomiers in the 1999 final but then came the might of Munster, twice beaten finalists before winning in 2006 and 2008.

"Europe for the Irish teams has always been primary, the jewel in the crown," he said.

"While success in the United Rugby Championship is important, the Irish love affair with the European Cup goes back to the early days of the competition.

"Munster developed the theme of success and that was taken on by Leinster in the last 15 years or so.

"Like Irish teams, French clubs have a stronger focus on Europe.Europe has always been important to Toulouse."

The big disappointment for Horgan is the lack of English teams in the final four.

"There were expectations an English team would make its way into the last four," he said.

"However, I was disappointed by Leicester's showing against Leinster.I expected a bigger performance.

"At different times English teams have put it as a priority -- there is no secret Saracens did (they won it three times).

"Looking at the teams involved in the last four, you could say they are the ones who have shown time and again a real commitment to the competition."

Garry Ringrose: Leinster to face ‘the very best in Europe’ against Toulouse
The Irish province are aiming to match Toulouse’s record of five European titles.

AFP
Leinster 40-17 Toulouse: Holders knocked out as home side power through to Challenge Cup final