Hook keen to make most of Aussie PGA shot 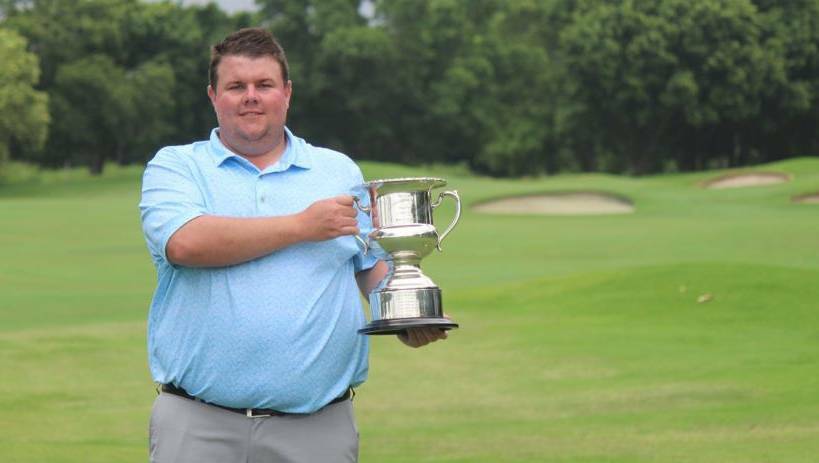 JAMIE Hook may have taken an unexpected route to the Australian PGA Championship, but now he wants to make the most of that last-minute opportunity.

The Pacific Dunes professional will line up alongside some of the country's best golfers when the $1 million tournament tees off in Brisbane on Thursday.

It will be Hook's third visit to the event, six years after back-to-back appearances in 2015 and 2016, and follows qualification last week courtesy of a career-best victory in the PGA Professionals Championship final on the Gold Coast.

"I only just got up there in time for that event last week and it never really crossed my mind about taking more clothes just in case I qualified," Hook told the Newcastle Herald from his home course in Port Stephens earlier this week.

"But I wouldn't have gone last week If I didn't think it was worth it and the end result is I'm glad I got in. Now I've got the opportunity it's a matter of grabbing it with both hands and seeing what I can do with it."

Hook, 29, feels in the right frame of mind with his game at the moment ahead of the Aussie PGA.

"I sort of feel like I'm a better player now even though I don't play as much. I've learnt a lot in the last five or six years," he said.

"I learnt a lot when I was playing full-time as well, but I think my attitude is better than what it was back then."

Hook reckons the major challenge at Royal Queensland Golf Club will be "just putting four rounds together" because 72-hole opportunities have been few and far between during a COVID-impacted two years.

Hook was called up 48 hours prior to last week's PGA Professionals Championship and arrived the afternoon before play got underway.

"I've won a few pro-ams and whatever else over the years, but they don't generally come with a trophy. Normally just a pat on the back and some prizemoney, so it was good to have one in my hands," he said.

Hook said the key to success, set up by a course-record 65 (six under) in the opening round at Links Hope Island was simple.

Hook has been grouped with Matias Sanchez and Jay Mackenzie for round one of the Australian PGA Championship, starting from the 10th hole at 11:10am on Thursday.

Jake Higginbottom follows straight afterwards from the same hole at 11:20am, Andrew Dodt (11:50am) will be half-an-hour later and Aaron Townsend (12:30pm) is among the last groups.

Blake Windred, who has won The Jack and Victorian PGA Championship recently, partners world No.49 Min Woo Lee from the 10th at 6:45am. Dylan Perry has the same tee time from the first.

Women's professional Nikki Garrett begins her Australian WPGA Championship campaign at the same course from 11:50am.